There are writers all over the world that are hanging up their pens and banging their heads against the wall over their inability to be creative enough to come up with a storyline as twisted and whacked out crazy as this. We watched four episodes last night only to succumb to sleep early this morning. Think of it as a car/train wreck that you just can’t look away. Every time you think you’ve seen everything, something new and nuttier (for lack of a better term) pops up.

The guy who filmed this deserves every accolade tossed his way. Wow! Just wow.

Giving this a bump. If you haven’t watched this yet, get on it!

Thanks for the heads up. I’m going to dial this up!

Finished this last night. They all belong in jail! Grifters graduating to the next level!

This has become America’s Favorite Distraction. It’s fascinating. They live among us.
G

I saw it, but didn't really caught my attention. I'll give it a go later tonight since I'm pretty much done watching all of my other TV Shows.

Prepare to binge! “Weird, hilarious, mortifying” that’s how it was described in my local paper today and I’d agree. 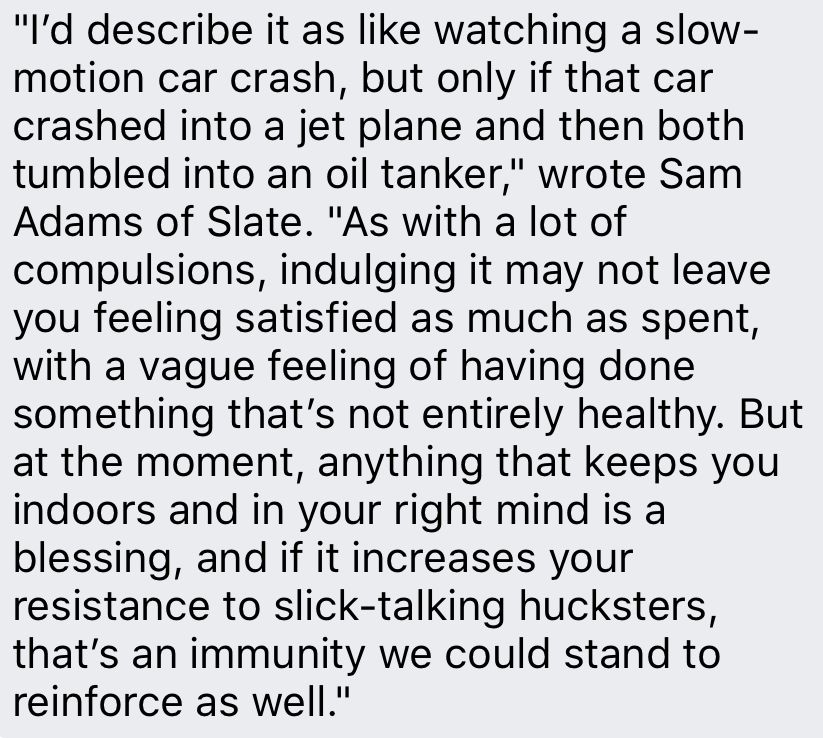 Saw this review. Pretty spot on.