MQA Reveals New Partnerships and Products at RMAF and CEDIA 2019 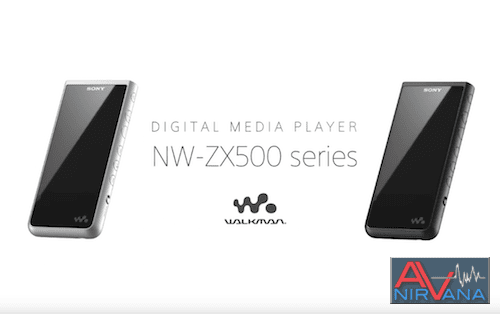 (September 6, 2019) Never without controversy but always with interest, MQA is celebrating September by announcing new partnerships and expanded support within a range of new products.

First up is MQA's budding relationship with Xiami Music streaming in China. With MQAs technology already integrated with the service, Chinese-based manufacturers are busily releasing new devices and adding support to existing ones. Many of these products will be sold around the world. They include Cayin’s N8 and N8 Brass Black, iBasso Audio’s DX220, HiBy’s R5 portable player, and SMSL Audio’s M500 DAC.

For more information about MQA’s partnerships and demo opportunities at RMAF and CEDIA, please read the company’s latest press release (below).

New MQA Partners
Following the landmark launch of Xiami Music streaming service in China earlier this year, users will be able to experience MQA on-the-go with the new wave of digital audio players from a range of Chinese-based manufacturers. These makers sell worldwide with new products available across all international markets.

Meanwhile at CEDIA, JBL Synthesis is the latest HARMAN brand to join the MQA family, following MQA implementation into Mark Levinson and Arcam products. HARMAN will debut new products from the JBL Synthesis brand, including the SDR-35 AV receiver and the SDP-55 AV processor, while the Arcam SA30 flagship integrated amplifier gets its first US show outing. Additionally, Monitor Audio will be announcing its new IMS-4 streamer, which incorporates the BluOS module with MQA capability.

New MQA Music
MQA music availability continues to expand rapidly, including within China where millions of new MQA songs have been made available via the Xiami Music platform.

MQA Partners at RMAF
Existing MQA playback partners continue to expand and promote their MQA offerings (see notes for additional demo details):
• Astell&Kern will showcase its new A&ultima SP2000 portable player in the HeadSpace area and plans to release the product in September. Astell&Kern recently integrated nugs.net into a range of its high-end players, and 90-day free trial vouchers for the MQA-enabled service will be available to stand visitors;
• NAD and Bluesound will host MQA listening sessions on 6 and 7 September at 11:00am;
• MOON by Simaudio will demonstrate MQA in association with ListenUp, holding two dedicated MQA listening sessions on 6 and 7 September at 3:00pm;
• EISA award-winners Hegel and Pro-Ject Audio Systems will be demonstrating MQA products at the show;
• The DV2 integrated DAC from EMM Labs will be on display, while its NS1 network streamer is ‘coming soon’ to MQA.

MQA Partners at CEDIA
MQA playback partners showcasing their MQA products for the custom install market include:
• Control4 who will be demonstrating MQA at its booth on the recently announced Triad One streaming amplifier;
• Meridian Audio will demo its new 210 Streamer across a number of partner locations, including Barco Residential, Leon Speakers and Josh.ai;
• NAD will have its EISA award-winning, MQA-enabled M10 streaming amplifier on display.

MQA CEO, Mike Jbara, along with Ken Forsythe, Director of Market Development, will co-host a training session, open to all CEDIA attendees, on Wednesday 11 September from 11:00am to 12:30pm. “Delivering authentic studio quality sound: Understanding the MQA ecosystem and how this technology can help increase profits” is part of the Emerging Trends track and takes places in room 1F.

Apple TV 4K needs to hook up with MQA.

Does Apple have hi-res streaming with its Apple Music? I want to say they've been teasing it... knowing Apple, if they do, they won't dance with MQA