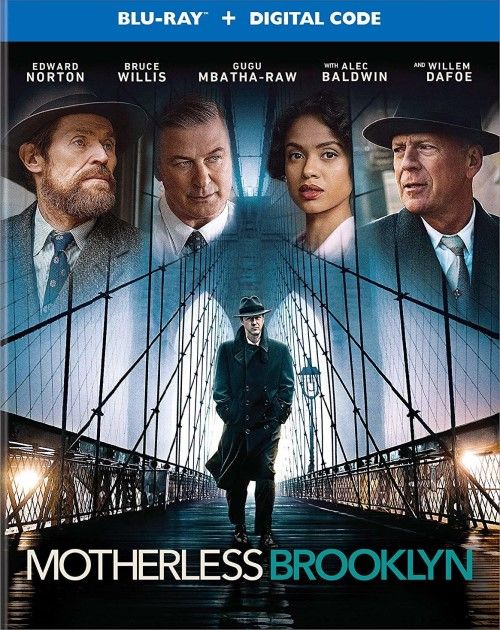 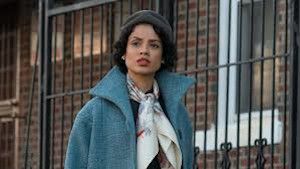 Movie
Every actor/director has their pet project. That film that they REALLY want to get done, but one that they know isn’t going to be a giant blockbuster. For Edward Norton Motherless Brooklyn is that film. Word is that he loved Jonathan Lethem’s 1999 novel so much that he immediately went and purchased the film rights, even before the book hit the streets for the public to buy. It took him another 13 years til 2012 to finish the screenplay, and then another 6 years before he could get Warner Brothers to give him the go ahead for the production, and even then, he was forced to step behind the director’s chair to get it done. Motherless Brooklyn sadly died at the box office (Warner Brothers took a bath on it, and I’m actually surprised that they didn’t shuffle it off to DVD only due to the box office results), but that’s not to say it’s a bad movie. Far from it in fact. It’s Edward Norton’s love story to gumshoe detective movies of the past, and while it’s not a nail biter, the film is a wonderful journey from start to finish.

Lionel Essrog (Edward Norton) is a secondary gumshoe working for Frank Minna P.I. (Bruce Willis), only to watch his boss get executed in front of his eyes by mystery men involved in a case Frank was working. Lionel is not just your average low level detective. He’s got a serious case of tourette syndrome, which kind of ostracizes himself from most people. Not about to let his boss’s murder go unchallenged, Lionel starts digging and digging, only to find the hole that he’s digging is getting so big that it very well may swallow him whole. All roads and clues lead to one man, Moses Randolph (Alec Baldwin), a man trying to create parks and bridges in the city of New York, and a man that seems to be loved and hated by all.

To thicken the plot, a young mulatto woman named Laura Rose (Gugu Mbatha-Raw) seems to be at the heart of the matter, and no matter how hard he tries to find a way, all roads lead back to Laura...and the enigmatic Moses Randolph. 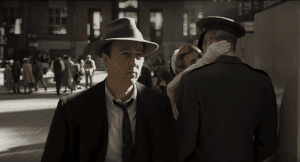 Motherless Brooklyn is really a love letter to Noir gumshoe movies from all ages. I have never read Lethem’s original novel, so this review will focus on Motherless Brooklyn as a movie itself, rather that compared to the book. I do know this. The original novel was based in modern times New York, but Norton decided to tweak and age the story for his film, putting it back in 1950s New York to go along with his Noir detective vibe. The film is multi-layered and rather dense, but moves at such a lazy pace that the movie doesn’t really overwhelm you with too much density. The plot isn’t overly deep at the heart of it, but there are some really neat twists and turns along the way as Lionel follows the threads back to the source. If I had to sum up my feelings about the film in one sentence it would be this. “It’s not about the destination, but about the journey that gets you there”. Motherless Brooklyn is not so self absorbed with giving you a shock ending, but tracing all of the pathways to the end in such intricate detail that the real enjoyment comes from following those pathways to their inevitable end, no matter what the ending is.

Norton is phenomenal as the physically challenged detective. At first I thought the tourette syndrome was a bit over played, but as the movie progresses he sort of sinks into the role so thoroughly that even the audience almost forgets that his “handicap” is there. It’s a part of him so deeply and viscerally that you can’t even tell it’s Norton at times. Alec Baldwin and Willem Dafore turn in good performances (although their screen time is minimal comparatively). I was actually kind of excited to see Bruce Willis in a theatrical movie for once (seriously, the man has almost sunk to Steven Seagal levels of DTV movies lately) and even though he’s only in the movie for maybe 10-15 minutes, it’s nice to see him actually liven up and turn in a solid performance for once instead of looking bored spitless.

Some of the layers and nuances in the film seem a bit unneeded if I do say so, but I will have to watch the film another time or too and hopefully my appreciation will change. Again, I’m not knocking the movie as Norton did a great job with this Noir gumshoe love letter, and I REALLY like the smooth and laid back pacing he chose to implement. It’s just that I felt about 15 minutes could have been trimmed from the running to make it flow a bit smoother.

Rated R for language throughout including some sexual references, brief drug use, and violence 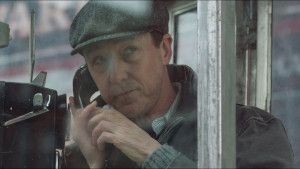 The Arri Alexa shot film (finished in 2K for the master) unsurprisingly looks excellent on Blu-ray. I would have loved for a 4K release as this is sumptuous in every way, but considering how badly it bombed at the box office I’m glad we have even a Blu-ray to enjoy. The digital production is very filmic in nature, with many shots having an intentionally hazy and smokey glaze to them in order to imitate 1950s New York. Other shots are incredibly sharp and clear, usually when Lionel heads out into the city to investigate. There’s some banding in the night club and when the gumshoe gets beaten up by a couple of Randolph’s thugs, but otherwise it’s artifact free for the most part. The grading can shift from neutral and clean to slightly hazy and amber, back to teal blue depending on where the location needs it. It’s a great looking transfer for sure, and fits very nicely into the Noir visual style.

Honestly, I almost felt like the audio mix for Motherless Brooklyn was as much a part of the narrative as the dialog and writing was. The sax infused score is so wonderfully nuanced, and it tends to grab the viewer by the hand and guide them through the story with its tones. The sax adds a nice layer to the noirish vibe, and the dialog is cleanly located up front in the center of the room. LFE is punchy and weighty, with some really cool uses throughout (such as the thump of the giant’s lumbering footsteps as he hobbles down the hall after Lionel and Laura, or the thundering roar as a car near slams them off the road at the beginning chase). Surrounds get plenty of activity from the Jazzy score, and really spread out in some of the car chases, or the murmuring of a crowded room of New York socialites.

Motherless Brooklyn sadly didn’t get a whole lot of love at the box office, and much like the Goldfinch, it barely got a Blu-ray release at that. Still, I thoroughly enjoyed the noir detective story, and now really want to check out Lethem’s book as well. The enjoyment is in the journey, as I said, and the journey with this one is well worth it you enjoy slower paced mysteries. Norton and Mbatha-Raw are excellent, and even Bruce manages to turn in a good performance for once. Warner’s technical specs are excellent, and while the extras aren’t THAT hefty, the package is still a good buy.

Thanks for the review. I actually never heard of this movie. However, since I am a fan of Bruce, will check it out.
J

I’m surprised it did so bad with such an all star cast. Definitely going to check it out...debating whether I should pick it up as a keeper.

It's a slow burn 1950s detective story. Not a lot of violence, and not a lot of high wire tension. But it's very good . I can see why it wasn't so hot at the box office. We live in a world where superhero flicks dominate at the moment. slow burn mysteries and thrillers just aren't high priority right now.

I could get into a whole rant about what is so called a “hit movie” these days....I pulled the triggered and ordered it. It looks like a solid storyline driven film.

yeah, so many superhero movies coming out these days, it's hard for a decent slow burn movie to really make it big anymore. kinda sad really

I will def check it out.