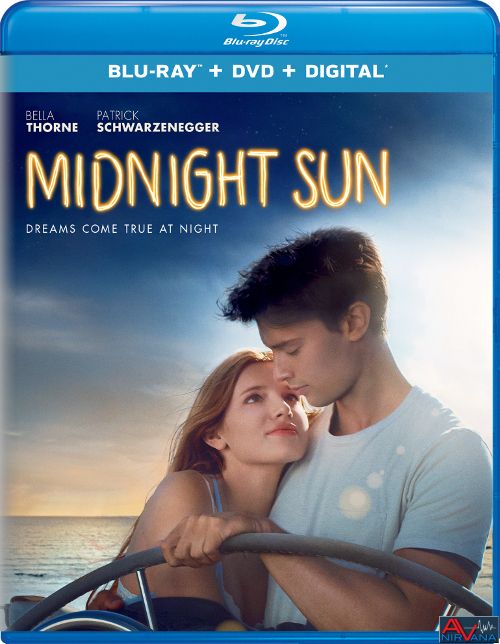 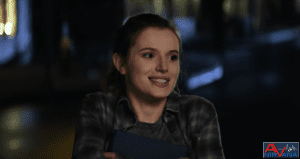 Movie
Midnight Sun happens to be one of the lucky few young adult movies of our day that ISN’T taken from an already established set of books, but is instead taken from an entirely original intellectual piece of property. However, there is a flip side to this jaw dropping discovery. It IS in fact a remake of a 2006 Japanese film (titled Taiyo no Uta), so it’s not ENTIRELY as original as we would have hoped for. I took one look at the trailer for Midnight Sun a few months back and DREADED the day that I would have to review it, as it looked like every other young adult teen romance out there. Surprise me six ways from Sunday and cover me with peanut butter jam, but I actually have to eat my words of protestation and guiltily admit that I actually rather liked the romantic film. It’s adorably cute, sicky sweet to the core without being overpowering, and has a solid message behind it as well. There’s some caveats to my enjoyment, but it is much better than it has any right being, if history has taught us anything about the young adult romance genre, and ended up being a lot of fun to review.

Bella Thorne is Katie Price, your typical teenager in just about every way. She likes Chinese food, lives with her single father Jack (Rob Riggle) in the suburbs, is just graduating high school, and is pining away for the hunky Charlie (Patrick Schwarzenegger), who lives just a few blocks away from her. You all know what’s coming next don’t you? There’s a big BUUUUUUUUUUT coming. That but just so happens to be the fact that Katie is very sick. She suffers from a very rare skin disease called Xeroderma Pigmentosum (XP for short) which makes it so that even the slightest bit of contact with the UV rays from the sun will cause her serious harm (with imminent death if it’s too severe). So while she went to high school, she was home schooled. While she lives with her dad, that’s the ONLY person besides her best friend Morgan (Quinn Shephard) that she sees. Her Chinese food dinners are eaten indoors at all times, and the only time she’s allowed outside is at night when the sun is down. So those normal teenager experiences are slightly different than yours or mine.

After running into Charlie one night at the train station, Katie’s life is changed forever (as is Charlie’s) when she reluctantly enters into a romantic relationship with the hunky “popular” kid. Charlie himself has his own hopes and dreams that have been crushed (he was recently denied his swimming scholarship to Berkley due to a recent surgery) and the two kids fall head over heels for each other. The only thing is, Katie hasn’t told Charlie about her genetic condition yet, so their little romance has the dagger held by a thread right over their heads the entire time. When an accident occurs (it always does in these types of movies) that exposes Katie to sunlight, the young couple has to make the most of their summer together, as their lives together will never be the same. 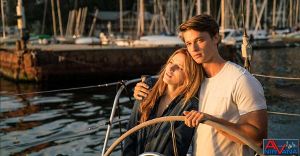 Midnight Sun tells it’s simple story in the classic manner. The introduction gives us the setting to our story, with Katie’s background laid out for all to see. Then comes the inciting incident. She meets Charlie for the first time and the two end up on a whirlwind romance. However, there is one fatal flaw to their romance. Miscommunication (the silent killer that can turn a 10 minute discussion into a long drawn out scenario). Katie doesn’t TELL Charlie her big secret, and her life is cut inexorably shorter as a result, leading to the bittersweet conclusion of Katie, Charlie, Jack and everyone around the young girl having to come to grips with the inevitable tragedy. While there’s some caveats I’ll address in the next paragraph, I really enjoyed Midnight Sun. It was cutely done, and smartly written for the most part. Charlie and Katie have real chemistry together, and Bella Thorne plays Katie with that sort of “high book knowledge, low social interaction skills” of a girl that has been locked up all her life to the T. She’s vulnerable, kind to a fault, and Charlie is her perfect match. He’s hot and hunky, (but then again, Bella Thorne is kinda the definition of hot), sweet, and a humble person who honestly just wants to be kind to his girlfriend. It just WORKS so much better than I ever thought it would.

Now we come to the problems of the film. I have to say, the story is meant for young adult audiences, so I can’t fault the film too much for catering to that audience with some of the cheesy teenager antics, but the overly saccharine sweet characteristics of the movie take away from of the impact. I’ve seen it described as manipulative and cloying, and to a certain extent I have to agree with that. Especially when it comes to XP. The REAL XP disease is nowhere near as melodramatic and devastating as the movie seems to imply. While Katie can’t be in sunlight without being killed, and has to live indoors all the time, the real sufferers of the genetic disorder have a much more normal life. They can go outside (as long as covered from head to toe with lots of sun block on their exposed skins), can go to school, and live fairly normal lives (although they have a much higher rate of skin cancer and can die sooner than your average person from that as a result). Bella Thorne stated she wanted to make the film to raise awareness for the illness, but I think the movie does the disorder a disservice by overly dramatizing the effects as much as they did. It can see manipulative in that respect if you think about it. Personally as long as I put that aspect out of my mind the movie played much better for me, as that little nagging issue was my main problem with the film.

Rated PG-13 for some teen partying and sensuality.

Midnight Sun was originally shot on RED cameras at 6K resolution, but sadly was NOT given the 4K UHD treatment on home video, despite the high resolution capture. However, the Blu-ray itself is quite good, but one that has been heavily stylized so as to be almost dreamy and surreal in nature. Since most of the film takes place at night, or indoors with artificial lighting, black levels are paramount, with the whole film covered in shadows and dim lighting. The blacks can be a bit crushed, but overall show good detail, and the image itself is more than adequately revealing, and the colors are warm and inviting. The color grading has been given a heavy amber and bronze look, with facial tones carrying over that bronzed coloring to the extreme, leading to either amber backdrops and pale faces, or really crisp backdrops and heavily bronzed faces depending on the lighting. The disc is quite clean and clear of artifacts for the most part, except for the infamous “run home away from the sunrise!” scene where the rising sun creates some wicked banding to the back of Katie.

The single 5.1 DTS-HD MA audio track on the Blu-ray is just like the video. Technically sound, with some different stylistic choices, but a technically proficient track that does everything asked of it with relative ease. The dialog heavy film lives squarely in the front of the room, with 90% of the heavy lifting done by the center channel and the two mains as the large sections of dialog dominate the track. The pop music (and the music sung by Bella Thorne) fills out the track a bit more, but I was really surprised at how light the surround channels were. Even with the musical score, the track is decidedly front heavy, with just a little bit bleeding into the side channels. LFE is tight and clean, adding weight to the music, but for the most part being very laid back and reserved. It’s a good track, and a clean track, with the only issue being that the movie itself really doesn’t ask a whole lot of it.

• Midnight Sun: An Inside Look - Featurette

Despite all of my initial qualms about the film (based entirely from the trailer), I am happy to report that I enjoyed Midnight Sun way more than I thought I would. I usually loathe movies with Bella Thorne in it (she’s a weird bird. She’s dabbled in acting, dabbled in singing, dabbled in instagram modeling, and is really only well known for being one of those “hot” celebrities like Paris Hilton was originally), but she has gotten better over the years, and Patrick Schwarzenegger (yes, the son of the Terminator himself) was an affable co-lead for her. It’s a cute movie, and a well done (but bare bones) Blu-ray by Universal as well. While it still has some of the negatives of a young adult romance film about it, Midnight Sun is a cute film that I really did like a lot. Recommended for a cute watch.

Hmm. Mike, curious about the recommendation (amazing watch). Is that an error? Or the truth?

Lol. That was a leftover from Loveless .adjusted

;-) hangover from a good flick!