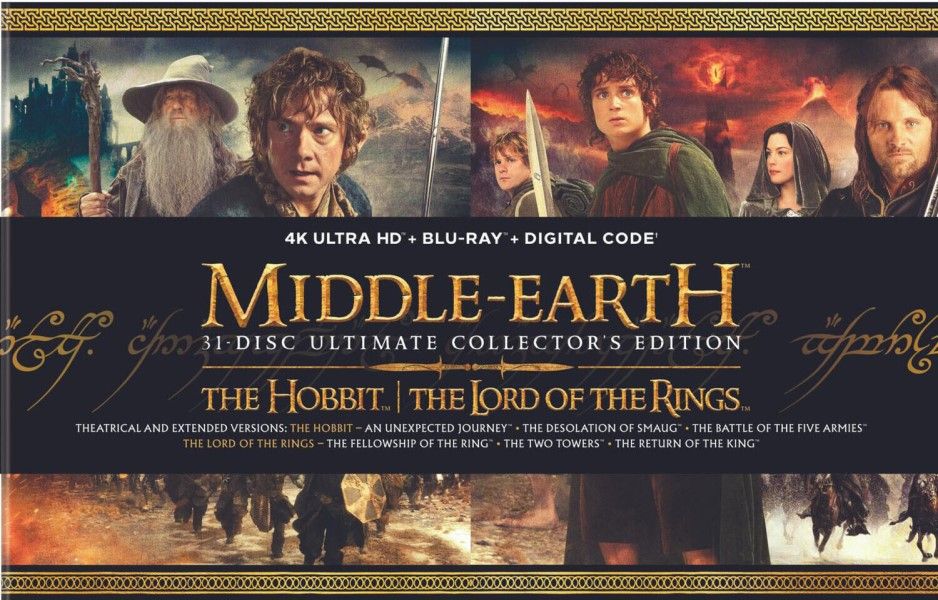 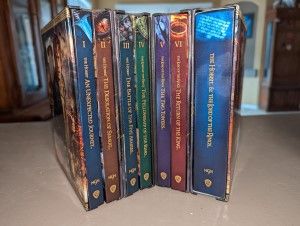 Movie
Ever since the December 2020 releases of the individual boxsets Fans have been waiting for this set. Warner announced simultaneously with those boxsets for the 4K discs that we WOULD be getting a massive collector’s edition. They were working on new extras, a big box of swag, the whole works. So fans were naturally disappointed wondering why they were buying the individual trilogy sets a year earlier when a bigger, better, badder, box set was just a year away (11 months to be precise). Well, that set is finally here and we can finally get that massive complete boxset we always wanted…..although there is a caveat it appears.

You see, this has been polarizing fans ever since the detailed specs were dropped a few months back. Yes, we get 31 discs for all 6 films. The Hobbit gets 4 discs with 1 disc being allocated for the Theatrical, 1 for the Extended cut, and then the same for the Blu-rays (the trilogy sets from last year were 4K UHD only, no Blu-rays, no real extras). The LOTR set gets 6 discs per movie. 1 for each of the 4K and Blu-ray theatrical releases and 2 for the extended cuts (3 for Blu-ray, 3 for 4K UHD), and then there was an additional disc of new special features. But wait a minute, where are the rest of the features? The discs and discs of appendices and LOADS of features that were on The Hobbit films as well? The original Blu-rays were MULTIPLE discs of special features PER film! So suddenly the one boxset to rule them all is missing a lot of extras.

Now, that may not mean a lot to some people, but being that this boxset was targeted TO the hardcore collectors, I can not fathom the reason for leaving those discs off. I’m sure there are a gazillion of the special features discs lying around in the Warner warehouse that could have been put in the special features case, but they’re not. I found out after the fact that many of the extras are included in the digital copy. But that still means no physical extras.

While it may seem like I’m bashing the set, there are some really nice features in the boxset. The magnetic fold open case is a really nice tough with some solid artwork. Also each film gets it’s own 4 or 6 disc viva elite case with a snazzy slipcover. Plus we did get the costume sketch artbook and 7 poster travel cards as well. Not only that, the Trilogy 4k sets didn’t have the new “remastered” Blu-rays to make a combo pack (these Blu-rays ARE different than the old Blu-rays in the case of The Lord of the Rings ones), and it’s an easy way of keeping everything in one place. It’s just that the lack of all the well known and loved extras is causing some (naturally) expected controversy over the set. It is what it is, and I love the new 4K UHD discs, but I am a bit frustrated with the bizarre lack of physical extras. 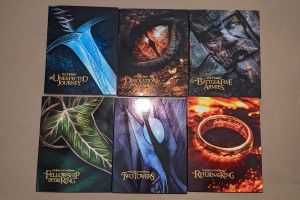 The Lord of the Rings Trilogy : 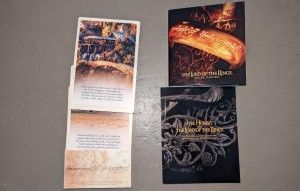 The Fellowship of the Ring Extended Edition
• 4 Feature Commentaries

The Return of the King Extended Edition
• 4 Feature Commentaries

The Lord of the Rings is one of the most well known and highly regarded fantasy series of all time, and The Hobbit trilogy is a fine (if not overly bloated) follow up series. All six films together in one 4K UHD boxset is an enticing offer. Albeit a bit controversial due to the lack of extras included on the disc. This means die hard fans probably won't be throwing their old collections away to get this new box of swag. For everybody else, this is another enticing option, especially if you want the new remastered Blu-rays AND the 4K UHD as well. Which would be your main reason for getting this set over the individual Trilogy Boxsets released last year. A solid, if not slightly flawed, set with great video and audio, and some SERIOUSLY great films on board.

I really wish Warner would hire someone to edit The Hobbit to the "Novel Cut" similar to what they've done with The Outsiders. That would be a great film versus the bloated mess of The Hobbit trilogy.

Epoxy1 said:
I really wish Warner would hire someone to edit The Hobbit to the "Novel Cut" similar to what they've done with The Outsiders. That would be a great film versus the bloated mess of The Hobbit trilogy.
Click to expand...

yeah, I've always felt that the choice to make THREE 3-4 hour movies from one single book was a bit over ambitious on Jackson's part