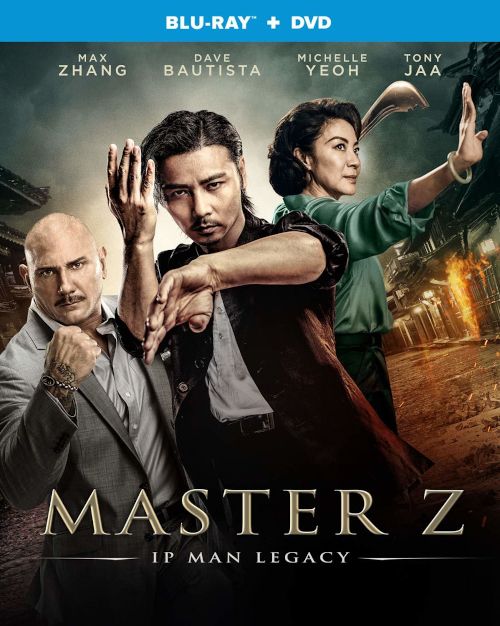 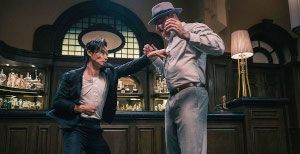 Movie
As a life long fanatic and practitioner of the martial arts, I find it amusing how very few people knew of the master who taught Bruce Lee. Bruce was the forefront of modern Kung Fu cinema, and he revolutionized it at that. However, few of us knew exactly who taught him, and the legend that he actually was back in the day. It wasn’t until Donnie Yen donned the role as Ip Man back in 2008 that people started to know that name, and Donnie pretty much became the face of Ip Man overnight (playing him for 3 films at the least, and the series spawning countless spin offs, ala Wong Fei Hung). The myriad of “sequels” to the original trilogy, or the countless other interpretations of the famous Wing Chun practitioner have been a bit lackluster compared to Yen’s portrayal, but there has been some fun clicks revolving about him.

Sadly I think the well has been drained a bit dry, as now we’re using spinoffs of spinoffs, using the Ip Man name to prop up Kung Fu films that otherwise would have next to know relation to the famous master. Master Z: Ip Man Legacy revolves around master Cheung Tin-chi (Jin Zhang, aka, Max Zhang) after he was defeated by Ip Man (Donnie Yen) in Ip Man 3. Cheung was defeated pretty soundly by the wing chun master, and retired from his old old school, moving away with his young son to live a simpler life. For a while he worked as an enforcer to a local hit man, but after gaining her bearings, Cheung settled down for the life of a grocer. That is until he interferes with a local mobsters assault of a local woman and gets his store burned down as his thanks.

Taken in by the young woman (Julia, played Yan Liu), Cheung works for her restaurant owning brother Fu (Xing Yu, who actually played Master Lin in the original Ip Man with Donnie Yen) where he begins to pay for their generosity in taking him in after his store his burned down. However, much like all these films, Cheung’s life becomes more complicated when he is caught in the middle of a drug war between the triads who burned down his store, and a local restaurant owner (Dave Bautista) who seems to be the paragon of virtue on paper. Now it’s a fight to the death for the honor of the Chinese people in their efforts to pull themselves away from the horrors of the opium crisis. 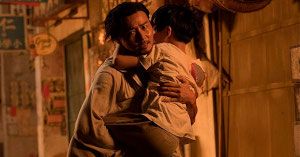 Master Z: Ip Man Legacy really has nothing to do with Ip Man outside of the fact that Cheung was a “villain” in Ip Man 3, and being that he was a practitioner of Wing Chun as well, makes him a “legacy” of the great master (or some such reasoning). I’m not sure why, but it seems that the powers that be in China have realized that Ip Man himself has been embodied by Donnie Yen, and that more sequels to the original trilogy are doomed for mediocrity. That being said, there’s no reason not to capitalize on the name and create a spinoff franchise (it’s pretty obvious that Zhang is meant to be in a series of these films as Cheung is setup to be another legendary hero type of character from the story) where they can use someone else to keep the kung fu genre alive.

In some ways I liked the film, as it had some fun martial arts choreography and good fights (even the fight with Bautista was really good), but the film is a bit sappy and melodramatic at the same time. The best part of the film is the first half where we see Cheung and his young son bond after their life has been upended thanks to Ip Man’s beating his senseless. It’s not until the drug lord portion of the film takes off that the film seems to lose its way with over patriotic nationalism and soap opera plot points.

Michelle Yeoh is great as the triad leader trying to go straight, while Bautista and the rest ham it up for some good kung fu fun. Tony Jaa is listed on the front cover as top billing, but really he’s in it for 5 minutes of the film as one of the hitmen that Cheung worked with, and has a fight with (it’s interesting seeing the Thai boxer try to utilize the fluid nature of Chinese martial arts vs. the harsher and blunt style of the traditional Muay Thai he practices). One thing I found particularly interesting was that the film didn’t use a million quick cuts and employed a sped up camera for the fight scenes, which is more indicative of the older style of kung fu filmography more than what we see in the post 2000 era. 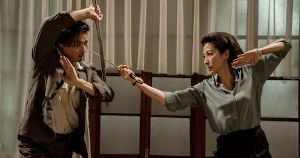 Master Z was supposedly shot on Arri Alexa Mini cameras and the transferred to home video with a 2K master, and the Well Go USA Blu-ray is a very nice affair. There’s some small issues with banding and a glossy softness that seems to be intentional, but otherwise this Blu-ray is quite stunning. The picture is adorned with lots of golden hues mixed with greens and ash grays, but still maintains some excellent detailing on faces and lavish Chinese set pieces. As I said earlier, the film is a bit soft in nature, but it seems intentionally so in order to give it a sort of surreal and dreamy look that the Chinese seem to apply to 30s and 40s era films. Black levels are strong with solid delineation, but also home to a few scenes where banding is pretty noticeable. It’s not bad, and it’s not very overt, but you can see it if you’re attuned to it (and most Well Go USA titles feature color banding of SOME sort). 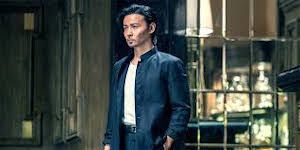 It seems that Well Go USA is moving away from DTS:X object oriented tracks for the time being, as this is the second Dolby Atmos film that they have put out so far and it sounds AMAZING on the Blu-ray. Loud, aggressive, full of bile and vinegar, it kicks in the proverbial door and doesn’t slow down till the credits roll. There’s also a 5.1 DTS-HD MA track in English as well as the Atmos Cantonese track, AND we get a Mandarin and French track in Dolby Digital lossy 5.1 as well. Still, I’m going for the Atmos track as it is a powerhouse of kung fu fighting. Punches, kicks, slamming doors, exploding bottles, everything just ripples with awe inspiring power. LFE is deep and weighty, adding heft to each and every bit of fisticuffs, and is really rather hot on the track. It’s not overly cooked, but believe you me, there is some serious low end on this mix. The atmos overheards are content to include some discrete sounds as well as ambient rain and body impacts, but aren’t overly intense. The surrounds are wildly active with all of the battles, and the end fight with Bautista is jaw dropping to hear the directional shifting as bodies impact all points of the sound stage. All in all, a perfect audio mix. 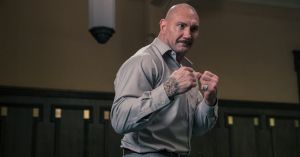 Master Z: Ip Man Legacy is a solid enough kung fu flick, but it really has next to no connection to the Ip Man films (especially having Ip Man in the title) besides a single character who went his own way from that franchise. The movie is good, a bit sappy but good, and showcases some very solid martial arts choreography with a nice throwback twist in the film making style (my before mentioned use of sped up cameras and close shots). The Blu-ray by Well Go USA is very solid as well, giving us the (now) traditionally anemic extras we all know and love plus some really amazing technical aspects in regards to audio and video. While I’m not going to be going out and buying the film day one, Master Z: Ip Man Legacy makes for a rather good rental if you’re a fan of Chinese kung fu movies at all.

Thanks for the review. Will look for this one.