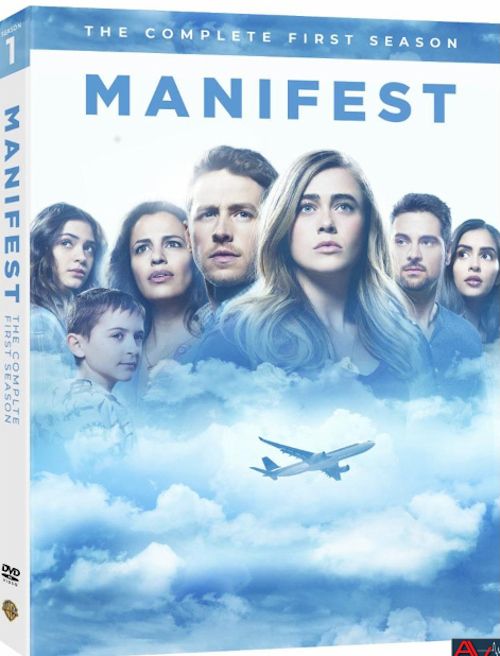 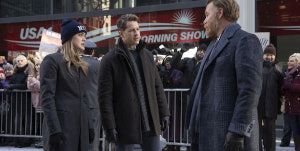 Movie
The trailers for Manifest may strike some as rather familiar. Those of us who grew up with Lost and The 4400 may notice some extreme similarities to Manifest, and you wouldn’t be wrong. There’s a strong sense of those two previous shows in NBC’s new ratings hit, but that is not just a “roll my eyes, here we go again” type reaction. Mystery puzzle box shows tend to be some of the most fascinating, as we’re digging into the questions and queries that the series unleashes in hopes of putting the puzzle together. The only downside is that we’re always left with the fear of series cancellation before the puzzle box can be fully explored, leaving the viewers in the proverbial lurch.

Manifest opened up in September of 2018 with a MASSIVE 10.5 million viewer ratings, making it the highest rated premiere in 2+ years, and has consistently had enormous viewer ratings throughout the first season, hovering just below Fox’s hit show This is Us (which is fantastic by the way, if you haven’t seen This is Us you should check it out). Not that ratings should be the end all marker of quality, but those ratings had me curious to see the show as I was going in completely blind as I ignored the TV series after I saw the initial trailers last year. My conclusion? Well, it’s a rather good show that sometimes struggles with finding it’s equilibrium, but a very fascinating drama that pulls heavily from elements of Lost and The 4400 (numbers, blood markers, mysterious pulls and callings from somewhere supernatural) and making the series its own thing as well.

The series opens up with a voice over by one of the shows protagonists, Michaela Stone (Melissa Roxburgh), talking about the fateful day in Sept of 2013 that changed her life forever. She and her brother Ben (Josh Dallas) with Ben’s wife and two children are bumped up to flight 828 back home, separating them from the rest of their family on their way back from vacation. Nothing seems out of place at first, although flight 828 goes through some rough turbulence and some dark stormy weather, but when they get home they find out that not everything is fine. It seems that flight 828 vanished for over 5 years, and it’s not 2013 anymore. It’s actually 2018.

The show initially revolves around the passengers reintegrating into society once more. Michaela comes back to the NYPD to find out that her lover has moved on. Ben and his wife have to deal with putting their family back together, and countless others find out that their families and relationships have changed in the 5 years that they’ve been gone. However, this uncomfortable cooling off period is just the beginning. Ben and Michaela begin hearing “voices” or “callings” that call them to do certain things. Voices which seem to be completely clairvoyant and calling not only those two, but the rest of the crew and passengers of flight 828 as well.

As the season progresses things get stranger and stranger. Ben’s son Cal (Jack Messina) gets the most powerful and frequent “callings” for the future, and his insight into mysterious only opens up more questions for the passengers (and more problems as Cal is holding back a few secrets he’s learned as well). Michaela and the rest learn that they weren’t the only ones affected like this as well with the introduction of Zeke Landon (Matt Long), a man who had vanished for over a year and came back. They also find out about a man named Giffin who vanished for 82 hours and 8 minutes who ends up dying and revealing a terrifying secret about their “gifts” in doing so. With time running out and a mysterious military figure known as “The Major” chasing them, the season leaves us with a few things answered, and a ton of new questions left unanswered as the smash hit (according to the ratings) show leaves us in limbo until the end of this year when season 2 starts up.

Shot digitally the series looks very typical of broadcast television dramas these days. There’s a glossy and clean look to the imagery, and fine detail abounds everywhere. Like most 480p DVD shows I was hoping for Blu-ray resolution, but the resulting DVD is quite nice to look at. There’s some banding in night skies and a few spikes in noise levels here and there, but this is a neutral looking show that showcases good details and bright, natural looking, colors. The only “gripe” I have with the whole package is that the DVD menus look like they were just simply slapped together using Movie Maker. Nothing but titles for the episodes on a blank background, much like the Fuller House TV sets have been. Nothing wild, just a bit chintzy looking.

There’s only a single 5.1 Dolby Digital track on board the disc (in the lower 384 kbps range vs. the standard 448 kbps range most Dolby tracks are encoded at), but even with the lower bitrate the show does feel nice and punchy. Bass is a “heavy” (excuse the pun) part of the mix for this track, with the sounds of airplanes taking off, and thudding of the tense score coming through with some serious power. Dialog is clean and located up front like one would expect, and surrounds get some solid work in the busy New York streets, or the crowded airport at the beginning of the show. It’s a solid mix for sure, and while it doesn’t push itself into exemplary categories, it is more than capable of delivering the sonic goods. 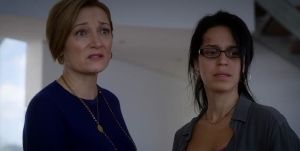 Manifest: The Complete First Season is a surprisingly entertaining show coming from someone who felt REALLY burnt after watching Lost (yeah, I was one of those guys who was super at Abrams after he flipped the rug in the last season). However, the series seems to have learned from those mistakes, giving us some dark clues right up front that alleviates the final season “rug pull” when it comes to everyone’s expiration date (watch the show and you’ll know what I mean by that phrase). The show seems to struggle in the center of the season as it has some problems finding it’s balance between serialized over arching story and personal drama, but it has a fascinating premise and was loads of fun to sit through for the first season. I was a bit nervous about season 2, but due to the high HIGH ratings and it was eventually renewed for a second season which should alleviate some fears about the typical cliffhanger ending that was pulled on us in the finale. Warner’s DVD set is typical Warner quality, with good video and audio, but the series is sadly devoid of extras. Well worth a watch if you’re a fan of dramatic “mystery” sci-fi shows like The 4400 (which it leans heavier towards than Lost) and the like.