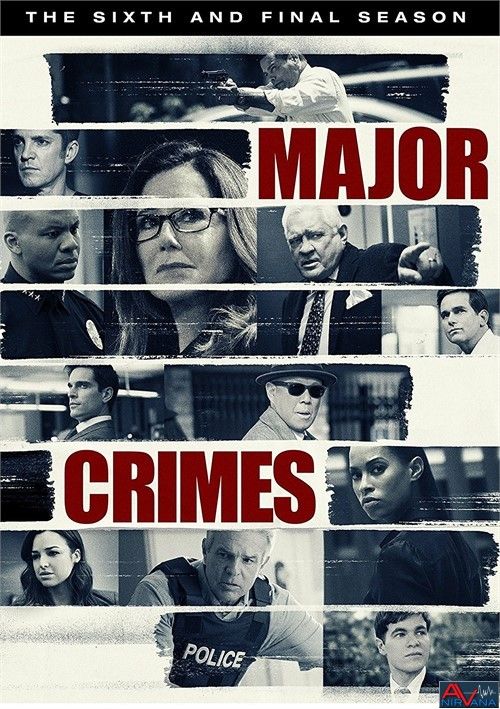 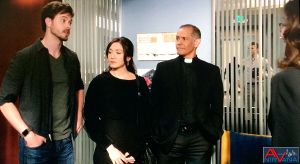 Movie
It’s always a sad moment to watch a long lived TV series come to an end. It’s kind of like reading a series of books and coming to the final chapter, only to feel this sensation of loss and sadness knowing that this will be the last time you see any NEW adventures from the characters you’ve come to know and love over the years. It’s especially true when the series has gone on for as long as Major Crimes has (even longer if you count the fact that it is a continuation of The Closer, just without Kyra Sedgwick as the showrunner) in the realm of TV. Sure, some series end really really poorly (think Castle), but it’s always nice to see a show go out with its head held high and enough dignity to allow the cast and viewers to say “job well done” as they fade off into the sunset.

Major Crimes came to prime time viewing right about the point we were just SATURATED with police procedurals. In this day and age, they are simply EVERYWHERE. A new one seems to show every year, only to last a few seasons and be replaced by something completely new. Different “gimmicks” are used to hold the viewers attention to the series for most of them, but Major Crimes followed the path of Law and Order more than The Mentalist, Castle, or Medium, focusing in on police driven crime dramas that stick to standard case files of the boys in blue. Being a continuation of an already established show like The Closer was a big boon, especially since it contained 95% of the main cast of the original series, and just replaced Police Chief Brenda Johnson (Sedgwick) with Mary Mcdonnell’s Captain Raydor. Simple, effective, and makes a smooth transition for those who stuck with The Closer till the end. 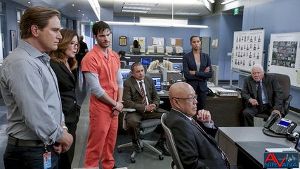 Like the last several seasons before it, the sixth season of Major Crimes is par for the course. We DO get some changes to the show due to the impending cancellation of the series, but for the most part we still have the same police procedural that we’ve come to know and love. HOWEVER, those changes are pretty substantial to the way the series flows. Instead of being your typical “bad guy of the week” season, the show utilizes a much more serialized storytelling method, incorporating two and three episode runs, with story arcs that tie in together for one cohesive ending in the series final. The season opens up with the kidnapping of a young boy during a school field trip, as well as hints at the return of Phillip Stroh back to Los Angeles. There’s also a change of leadership as Captain Raydor is grievously injured, which is only a minor setback for the famous captain, but it opens up a whole plethora of issues that only get worse as the final villain makes his play in this crime spree that L.A. is experiencing.

I won’t give it away TOO much, but it’s pretty obvious from the first couple of episodes who the major villain is going to be. Phillip Stroh has been a thorn in the side of the L.A. Police Department for years, and his impending return is setup perfectly. Sadly, the back and forth between himself and Captain Raydor’s team will end with a shocking twist, as we are forced to say goodbye to one of the most beloved characters from the series run. Again, not going to spoil it with WHO gets the big bullet, but it’s a pretty nasty twist that I almost didn’t see coming. The series itself remains strong to the end, and while 13 years of the same people (or MOSTLY the same people) degrades from the original invention of the concept, Major Crimes has manage to put out a consistently strong show that has remained very popular in the police procedural for its entire run. 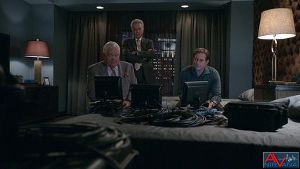 Yup, just like the previous season, you know exactly what you're going to get with the sixth (and final) season of Major Crimes. Set on 3 dual layer DVD-9-s, the shows 13 final episodes look very impressive. The digital look of the series is very natural appearing, with clean and neutral color grading and a decently sharp appearance for a 480p DVD. The bitrate still shows impressive range , and pretty much maxes out the DVD bitrate many times. There's some softness that is present, but that is pretty standard fare for those of you whoa have been keeping up with teh series (and much improved from the first few seasons). Indoor shots at the office buildings show some digital noise spikes, but other than that, the image is very precise and clean looking. Closeups show impressive detail, and the warm array of colors looks impeccable. An all around excellent looking encode for a modern procedural TV show. 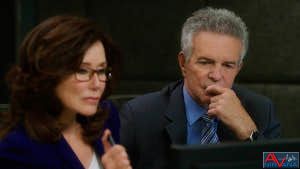 Just like I said in the season 5 review, I really feel like I'm beating a dead horse here. In fact, it's a near carbon copy of the seasons that went before it so forgive me if this seems eerily similar to the review from last year. It's a bit a front heavy, but there's plenty of activity in the surround channels when the detectives have to get out of the field office and confront a bad guy, or engage in a chase. Music is full and rich, adding most of the LFE to the show (besides the standard confrontation scenes indicative of TV procedurals), but the vocals are a bit thinner than normal (which is actually NORMAL for this series as Warner has consistently recorded the show at 384 kbps instead of 448 kbps).
. 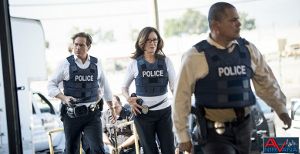 It's been a good decade and a half (nearly) of watching The Closer universe and the associated characters we love and enjoy watching interact. I thought it was an amazing feet for the The Closer to have as many seasons as it did, but for it to continue on in all but name (and the missing Kyra Sedgwick) for ANOTHER 6 seasons under the guise of Major Crimes is another miracle. I've had a blast watching the series throughout the 6 year run, and it still was entertaining to the very end. The series is able to end on a high note with a truncated episode list this season (13 instead of the normal 20-22 of regular years) and Warner's DVD presentation is exactly the sort of quality you come to expect from them. Recommended as a fun watch.