Lucifer: The Sixth and Final Season 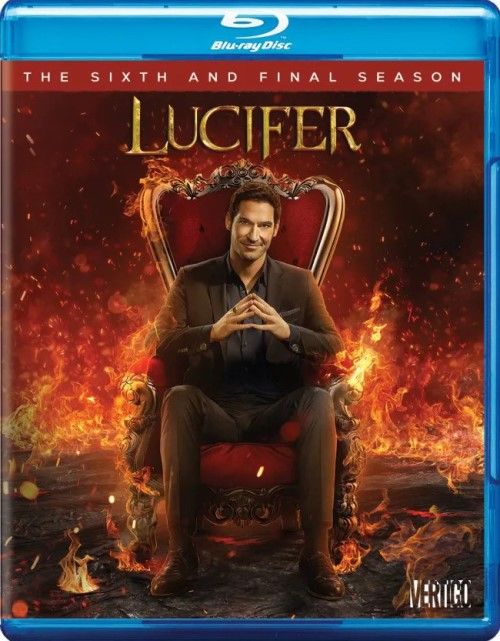 Movie
As a huge fan of Lucifer I was one of those people who was ecstatic when Netflix picked up the show after it dropped from network TV. The series was a magical mix of police procedural, light hearted comedy, and a devil may care (pun intended) attitude that made it wickedly fun to watch. Netflix was able to fine tune some of the more “filler” oriented directions the show was prone to, and season 4 became one of my absolute favorites for it’s dark take on the direction the show went. Season 5 was SUPPOSED to be the final season by all accounts, but the show runners decided that a 6th season was warranted to finish things out thanks to fan reactions. Then season 6 came out and became living proof that some shows should end when they were originally slated to end instead of stretching them out.

The end of season 5 had Lucifer Morningstar (Tom Ellis) realizing that with Daddy dearest gone, HE has been left with the task of becoming the next God (“oh, my me”). This season immediately dives into that story with Lucifer struggling with the concept of becoming God. It’s a role he doesn’t really want, but does at the same time. However, to make things even more interesting he’s being hunted by a young female Angel named Rory (Brianna Hildebrand of Deadpool fame). Turns out she’s his daughter from the future who has traveled back in time to kill Lucifer. How, shocking, someone wants to kill Lucifer Morningstar. Well, turns out that Rory is super because in the future Lucifer is nowhere to be found, as he’s abandoned Chloe (Lauren German) and Rory before she was even born.

Lucifer is stunned and shocked that he would ever abandon Detective Decker ever, and while Rory softens up to him a bit, the date that he’s supposed to just walk away is only weeks away. Simultaneously Maze (Lesley-Ann Brandt) is getting married to Eve (Inbar Lavi), only to have her ex husband Adam (yes, that Adam) drop in to spoil things, and Dan’s still stuck down in hell unable to figure out what his guilt is that’s keeping him there. But sooner or later, things will all come back to one specific question. Why did Lucifer leave Chloe in the future, and can his fate be changed?

Let’s put it in simple form. Lucifer: The Complete Sixth Season is a mess. It starts out decently enough, but within the first 3 episodes I realized something was wrong with the writing. The show was no longer the same show. Instead it became super sappy and saccharine sweet, with all of the debauchery and bite of the show completely gone. Lucifer was more intent on becoming self actualized than being God (which is literally shoved to the side and under cuts the entire finale of last season), and the series suddenly got incredibly preachy (the episode with Amenadiel being a black cop was a bit over the top, even for me).

All in all, I could have forgiven most of the issues, but it was that ending that just killed the season. The last 3 episodes brought back an old villain from the previous season just so that we could have someone to fight at the end, and then pulled out a time loop, time travel mumbo jumbo twist to make Lucifer’s vanishing make sense in an ending that made half the fans scream in rage, and the others go “ok? I guess that was ok?”. I’m not going to spoil it, but the ending itself isn’t that horrible. By that I mean it could have worked a season or so ago and the ending few moments actually work. It’s just that after the events of season 5 and the changes he went through it was completely out of place. Honestly, this was full on Castle: Season 5 or How I Met Your Mother going on here. I have a strong suspicion that the new writers were INTENT on using an ending for the show that had been the main goal the entire time, but the series had outgrown that ending and the direction of the show had shifted so much that they couldn’t really pull it off. So they created a season 6 whose sole purpose was to force that round peg ending into the square hole that the show had become. The entirety of season 6 can boil down to trying to cram that finale episode in and give us a reason for it to somehow work. Which ended up being EXTREMELY awkward (and if you think about it, INCREDIBLY cruel to Rory), and us left wondering if we got new writers for this season, as it flies in the face of the free will premise that had become the main stay of the previous 5 seasons (the entire premise of season 6 is basically “you can’t escape your fate”).

All in all, Lucifer Season 6 is not horrible. It's just very awkward for most of the front 2/3rds of the show, and the final 3 tend to drain a lot of the goodwill that had been created over the previous 5 seasons. As a long time fan of the show it sort of felt like a sucker punch, even though the endning it self COULD have worked with a better setup, or a season or two ago instead of allowing the show to grow and adapt, and then try to force it in at the last moment. At the end of the day, season 6 is simply frustrating in many ways. The ending being just one of them.

While the DVD set for Lucifer: The Complete Fifth Season comes out in stores everywhere, the Blu-ray sets for the series have been produced on demand by Warner Archive for the last several years, and the quality has remained consistently high. This season is just about on par with previous seasons, putting the 10 episode set on 3 BD-50s and give them a nice hefty mid 30s bitrate. The show is night and day better than the DVD sets and the upgrade to HD is definitely worth while. While the greedy part of me would have loved a 4K UHD set release with Atmos like the Netflix stream, I also have to admit that outside the Dolby Vision application the BD looks about as good as the 4K stream. Colors are bright and vivid, with Rory's purple/red wings sparkling in the sunligh, with only some minor noise spikes in the darkness of Lucifer's club to mar the image. Fine details abound as expected, and individaul faces and skin tones are spot on. Still fantastic as usual and right on par with previous seasons on Blu-ray

The 5.1 DTS-HD MA track is a nice boost from the 384kbps 5.1 lossy track on the DVD, but it’s still just a “good” track. I'm going to go on like a broken record, but the series has never had a stupidly fantastic audio mix. Just a stable and good one due to the show's sound design as the police procedural styling usually leaves some of the more aggressive mixing at home. Instead we get heavily dialog driven tracks that have the occasional burst of aggressive energy (such as Rory spreading her wings and leaping off a building, or a car crash). Everything is done well and certainly checks all of the boxes off, but overall, it’s a typical TV mix. Nothing to ooo and awe over, but certainly a very good mix that should please most everyone.

As I said above, Lucifer: The Complete Sixth Season is a textbook example of why it’s not always a good idea to extend a TV show past it’s sell by date. Season 5 was meant to be the ending, and with some tweaking could have really sent the series on a high note, but they wanted ONE more season. A move which resulted in nearly toppling the previous 5 seasons of goodwill and put forth an ending that left half of the fans enraged, and the other half saying “ehh, it KINDA works, but it’s awkward”. I mean, I still love the show as a whole entity, and even with the frustrations and disappointments that was this final season, I have to say it will be missed.

Recommendation: For the Completionists