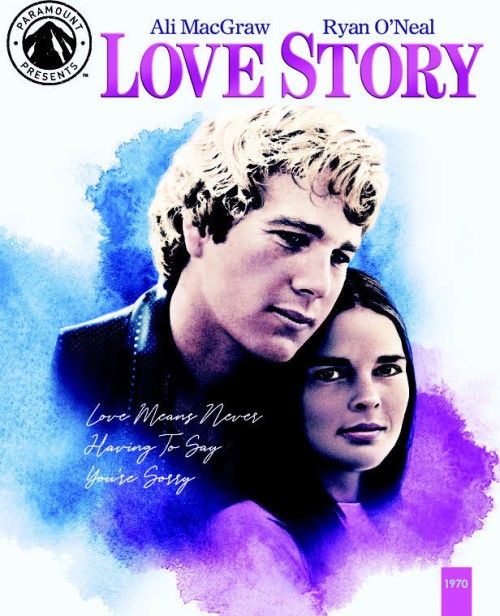 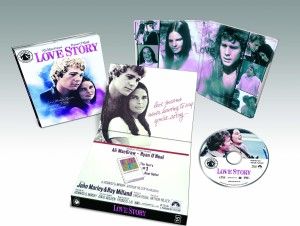 Movie
Catalog titles are on the decline for home video, and as much as it pains a 90s and early 2000s movie fanatic like myself, it is so. After the gorging of home video special editions during the DVD era, studios saw a continuing decline in desire to constantly re-replace one’s catalog movie collection, even with the invention of Hi-def and 4K UHD. Titles were farmed out to boutique production companies like Shout Factory, Twilight Times, Kino Lorber and many others, with only a few of the larger titles being released by the big name studios. Luckily some of the bigger studios are delving into their back catalog once more and increasing the number of older titles coming to Blu-ray and 4K UHD. Paramount has been pushing out a growing number of titles, but also re-releasing some catalog titles in the Paramount Presents line with new 4K transfers and fancier packaging. This time we get a stunning re-release of one of the classic cult romance stories of the last 50 years or so with the 50th anniversary release of Ali MacGraw’s Love Story.

Love Story is the infamous film that was release in early 1970, and has the reputation of leaving the audience bawling their eyes out as the credits rolled. Back in 2012 Paramount released a Blu-ray disc with a rather dated transfer with mediocre audio, leaving fans of the iconic film wishing for a bit of a face lift. Luckily this 4K UHD disc does just that, bringing us a stunning new 4K transfer and remastered audio in both the 5.1 upmix AND the 2.0 Mono track as well (even though the mono track is in lossy Dolby Digital).

Love is simple, love faithful, and love is hard. Anyone who has ever been married can attest to that, especially those of us who have survived decades of said married life. Much of that can be summed up in the 1970 romance about a rich preppy Harvard student and a poor baker’s daughter falling in love. Oliver (Ryan O’Neal) is said prep student, and Jenny (Ali MacGraw) is the spicy little firecracker who caught his eye. The two instantly feel the sparks of chemistry (despite Jenny not exactly taking a shine to the rich snobishness of Oliver) and a romance lights off from said sparks. The wealth of Oliver is meaningless as the two love birds fall deeper and deeper into love, despite some opposition from Oliver’s parents.

After a falling out with his father over what goals should be pursued first, Oliver splits from his rich family and marries Jenny in a simple ceremony. The sacrifice of giving up his inherited wealth means that Oliver is going to have to scrape to get buy, with Jenny graduating to become a private school teacher in order to supplement his income and get Oliver through post graduate law school. However, the two can live with the sacrifices and made do, with the end result being a proud as peaches wife and a beaming Oliver upon graduation day. Now that he’s out of school and under gainful employment at a Boston Law firm, the two seem to have weathered the worst of it. That is until the unthinkable happens. When Oliver and Jenny go into the doctors to find out why the two of them can’t conceive, they’re informed that Jennifer is dying (the malady is never spoken of bv name, it’s just very obvious that it’s a quick and terminal illness). Now both Oliver and Jenny are forced to come face to face with one of the hardest concepts in life. The fact that nothing is forever, and our future is never certain.

Love Story works on several levels. The first is that it takes a very simple and straight forward approach to live. We see it at it’s burgeoning and watching it bloom into a very natural relationship. The romance is never insipid over overly dramatic. Instead it feels very raw and realistic to a certain degree. Their love isn’t easy, but it isn’t filled with hyperbolic problems and issues that feel contrived. The two fight, the two argue, the two love, and the enjoy each other during their trials and during their exhilarating moments. The chemistry between Macgraw and O’Neal is palpable and sweet. There’s some 1970s awkwardness to the dialog, but overall the story is so well done and raw that you can overlook them.

Another major draw for Love Story is that it exemplifies true love in many ways. Oliver and Jenny aren’t perfect. Oliver’s strained relationship with his father is one of the most painful things to watch, but the real joy is slowly realizing how much the two actually LOVE each other. That final moment when Jenny angrily berates Oliver for thinking he stole her dreams from her is one of the gut wrenching and sobering portions of the film, giving you a full idea of how totally she had given herself to their life, making new dreams and new desires out of changes in the reality. The same can be said for Oliver, as he’s got massive dreams for the future, but is given the burden of being an iron strong support for Jenny, no matter how much personal agony he’s going through. The final 15 minutes of the film is probably the most riveting of the entire hour and forty minutes, and I dare you to leave without at least SOME moisture forming in the ocular area.

Rated PG for language and a love scene

Wowza. Love Story had a fairly good transfer back 8 years ago, but it was taken from a slightly dated master and could use an upgrade, which is exactly what we got. According to Paramount’s information they provide, the film was given a brand new master from the original negative in full 4K and the results are STUNNING. I enjoyed the previous release and didn’t find too much wrong with the video, but this new transfer simply blows it out of the water. The 1970s grain structure is perfectly intact, and the razor sharp clarity is nothing short of jaw dropping. Facial nuances are amazing, especially in the scene in the hospital where Jenny’s father is barely holding it together. There’s a few intentional soft shots with background clarity blurred out while the camera zooms in to someone in the foreground, but overall this is an amazing transfer. The colors are bold and vivid, and black levels incredible. Faces are a bit more pale than we’re used to (a byproduct of many 1970s film stock), but this is a picture perfect transfer that really must be seen to be believed.

The old 2012 Blu-ray housed the 5.1 upmix and the 2.0 Mono dolby digital track, but sadly both were rather lacking and harsh. The audio mix has been remastered as well, giving us a brand new 5.1 DTS-HD MA track as well as a remastered Dolby Digital Mono 2.0 mix as well (sadly the Mono track isn’t lossless, but it’s been given a hefty bitrate making the distinction between lossy and lossless a bit less of an issue). The track is a bit harsh in some of the early dialog scenes, but after the first 20 minutes the mix smooths out and is very pleasing. Vocals are crisp and clean throughout, and the 5.1 track does a solid job at laying out a surround stage. The score tends to be the focus of the year tracks (along with the LFE) as the film’s original sound design just doesn’t really call for a massively immersive mix. No matter the source limitations, the mix is head and shoulders better than the old mix, with a much cleaner sound and much less harshness to the dialog.
.

Love Story is an imperfect classic, but a classic nonetheless. It’s filled with solid acting and a few cameos from soon to be famous actors (Tommy Lee Jones gets a few minutes of screen time as one of the college room mates). The new 4K remaster is quite the stunner, making this Blu-ray pure reference material. The newly remastered audio is no slouch either, and while I really wish the 2.0 Mono original track was given the DTS-HD MA lossless treatment, the upgrade over the 2012 release in both video and audio more than makes up for that little niggle. Well worth checking out.