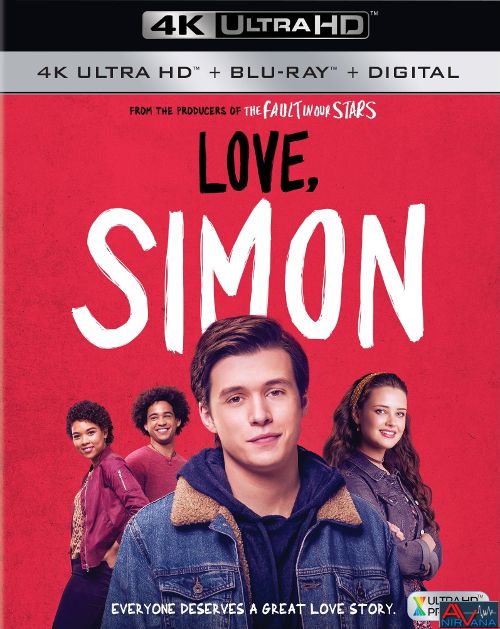 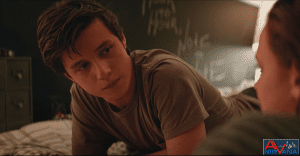 Movie
Ah, Love Simon, the film that lit up the critics and user reviews light a light bulb. It was hailed as THE coming out romantic comedy of the year and the box office seemed to resonate with that. Shot on a $17 million budget it garnered a whopping $57.5 million in it’s short box office run. Interestingly enough, over 70% of it’s take home was right here in the U.S. of A., a phenomenon which is wildly out of place with traditional films these days. Usually the American box office counts for 25%-40% of the total sales for a film, and many times the international grosses pull in 2-4x the amount we do domestically. So it’s a little odd to see a $57.5 million gross rake in over 70% of it’s budget domestically. I can’t tell whether it just wasn’t promoted well overseas, or whether a coming out Rom-com is more palatable to current U.S. sensibilities vs. the rest of the world.

That being said, I was intrinsically curious about Love, Simon after all the critical acclaim the film was garnering, both before and after the movie hit theaters. It was marketed as THE coming out movie of the year, sort of the “movie we wish we all had growing up” for the LGBTQ community. With this much critical acclaim, and user reviews pouring in by the hundreds, I was really wanting to see how the film turned out. I have never read the book, “Simon Vs. the Homo Sapien’s Agenda” by Becky Albertalli, so I don’t have a frame or reference for the source material, but after watching the movie I can see, and not see, why the film got a lot of acclaim.

Simon (Nick Robinson of Jurassic World fame) is your average every day kid. He lives with picture perfect parents (Jennifer Gardner and Josh Duhammel, who were also the perfect kids growing up), has a mansion for a house, is liked at school, has a core group of friends, drinks way too much iced coffee, talks about eating carbs, and gets good grades. The only thing is, he has a deep secret. He’s gay. Simon isn’t sure about coming out for some strange reason, even though the only gay guy at school (a walking persona of the gay stereotype) is almost a school hero, with the only people dissing him are the stupid jocks. His parents are ridiculously liberal (socially speaking), and even Simon knows that they won’t even bat an eyelash when he comes out. But for some reason he has this nagging fear. His fear is partially put to the side when an anonymous kid at his high school comes out to the world on the anonymous message board for the school, labeling himself only as “Blue”. 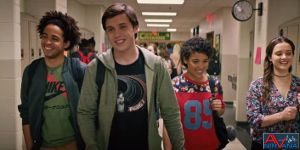 Simon naturally sees someone who can understand his position, and soon finds a kindred spirit in Blue as they form a pen pal (or email pal I guess) relationship thanks to the anonymity of the internet. Little by little, Simon starts to fall head over heels for Blue, cherishing their private conversations out of the public eye, but like the trailer suggested, this comes to an end when a blackmailing student named Martin (Logan Miller) outs Simon to the whole school, forcing him to make a paradigm shift in his life, and very well may end up losing Blue in the process due to the doxing.

Love, Simon is a mixture of things for me. It’s endearingly sweet, hilariously funny at times, but also heavily flawed. The best way I can describe it is that Love Simon is the perfect example of a Rom-com. Not that I said “perfect example of a Rom-com” and not “the perfect Rom-com”. I say this as Rom-com’s are inherently flawed movies that use an idealized and heavily romanticized twisting of reality to promote a fantasy romantic relationship. As such, Love, Simon is privy to all of the hijinks and “oopsie daisy’s!” of the genre, but also to all of the horrible tropes that plague pretty much every Rom-com. By that I mean we get all sorts of mistaking motives, big reveals that end with near instant forgiveness, and totally unfunny characters that are meant to be comedic relief (the principal...*shudder*, was probably the single worst part of the movie, bringing down any sense of emotional high in a resounding crash every time he came on screen). The principal, Martin’s lunacy, the overly cliched jocks making fun of the “queers”, they all are straight out of the Rom-com playbook, and one of the reasons why I have a difficult time with the genre as a whole. The same can be said of the identity of Blue, as I had it figured out within 20 minutes, and pretty much everyone I saw it with said the same thing (there’s a dead giveaway in the first act that should have been cut in my opinion, as it was too blatantly obvious)

On the flip side, Love, Simon is powerfully acted. Nick Robinson does a magnificent job at playing the confused Simon, and his cadre of friends USUALLY feel incredibly realistic (a hard move to do in the Rom-com genre). There are a lot of funny moments throughout the film, with a lot of sweet moments as you genuinely root for Simon to come out on top and find out who Blue is. He plays Simon with a profound sense of humanity and gentleness that is really sweet. The LGBTQ community and critics have hailed it as a landmark film, and I have to sadly give my review outside the box. I do so as an outsider not because I am condemning them as a cis gendered straight male, but because I’m looking at the film as a whole. Personally I think much of the hoopla is because it’s a giant coming out of the closet film, and done so in a way that normalizes the situation more than it actually probably is. Simon is raised in a super successful household. He’s got parents who love him and are liberally minded enough that even Simon knows they won’t bat an eyelash at his reveal. His friends are totally cool with it, as the local gay guy at their school is almost a celebrity, and the only people who get away with criticizing him are the big dumb jocks. It’s the perfect fluffy pillow to come out in and that’s intoxicating for people who have been ridiculed and looked down on over the years. But the thing is, I have no problem with the movie’s premise, what I do have a problem with is the film following all of the cliches and tropes that plague the romantic comedy genre. As a movie it’s just an entertaining piece of fiction with a good amount of fun, but also a hefty dose of wince worthy comedy and heavily fantasized resolutions. It’s fun, but flawed, and as such a decent watch, but in no way is it this revolutionary film.

I looked and looked for information about the digital shoot, but besides the fact that this was shot using Arri Alexa cameras at 2.8k resolution, I could NOT find out what resolution the master was finished at. My suspicions lean towards a 2K master due to the 2.8k resolution of the source cameras, but your guess is as good as mine. For being what I assume is a 2K upscale, Love, Simon is surprisingly good in 4K UHD. The disc isn’t one to wow you with bright colors and flashy CGI, but there are plenty of textural upticks in details as well as better saturated colors and a more evenly balanced color scale due to the HDR than the already excellent Blu-ray (which I also rated at 4.5/5). Facial details are magnificent, and the warm honey colors that are used throughout the film are done so in an almost dreamy state. There’s a mild haze to some of the shots, but those seem intentionally paired with some of the more amber colors in the film. Intimate clothing details are spot on, and black levels remain powerfully black without the crutch of crush or artifacting in the darkness. It’s a great looking transfer for sure, and one that is near impeccably done.

For being a 5.1 DTS-HD MA track on a 4K disc (instead of the more common Atmos or DTS:X object based mixes), Love, Simon does quite well for itself. Yes, I know, the movie isn’t a power house of audio immersion with gunshots, laser blasts, or car chases. However, it does amazingly well with the simplistic tools at its disposal. Dialog is crisp and cleanly replicated up in the center of the room, and the heavy use of pop music throughout the film gives it an intense and vibrant sound. LFE is rich and fills the musical numbers, but also enhances some of the minor things, like a car door slamming, or the rumble of the Ferris Wheel at the end. There is a wonderful sense of immersion, as the track uses music and voice to effortlessly transport you into Simon’s world. The chaos of the party uses the surrounds with aplomb, and they actually get quite a bit more activity from the rumpus’s on campus, or the music, or a football game near the 2nd half of the movie. It may not be Atmos, but Love, Simon does an excellent job in 5.1 “standard”.

Is Love, Simon the greatest movie on earth? No, of course not, but it is not some gratingly bad film either. The movie is a competently done Rom-com and does so with a unique twist that is interesting to watch. Nick Robinson steals the show as Simon, and the rest of the cast are very enthusiastic about their roles as well. My only complain is with Keiynan Lonsdale, who is sadly as flat as he is on The Flash or DC’s Legends of Tomorrow. 20th Century Fox’s 4K UHD release is a joy to watch, with excellent audio and video, but with only a modicum of extras. While it may not be for everyone due to the subject matter, Love, Simon is a solid romantic comedy for those who enjoy the genre, but not a legendary one. Solid Watch