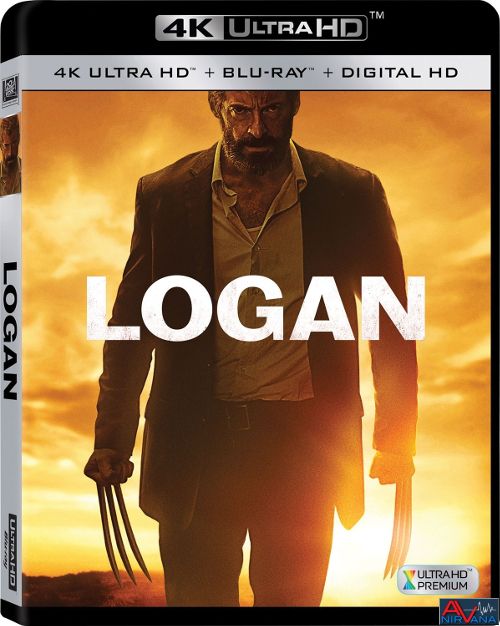 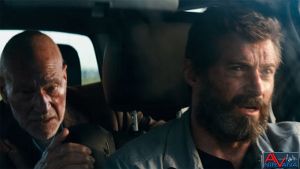 Movie
Hugh Jackman has been playing wolverine for over 15 years, and while he was not originally my first choice for the roll of the 5 foot something Canadian superhero, he absorbed himself so thoroughly into the roll that he has become one of the most iconic film presentations to date. There have been some good X-men films with the beast, and there have been some bad ones (really bad ones too), including several solo films (I’m sorry, I have to actually say out loud that X-Men Origins: Wolverine actually exists. Something I refuse to tell myself normally) over the last few years. However, Jackman really wanted out of the roll and there is no other way to let the character go out than with a complete and utter bang as in Logan. An R-rated, bloody, head slicing, adult language filled extravaganza that takes elements of the alternate reality comic Old Man Logan and creates something unique and wonderful.

The X-Men universe has NEVER been really good at timelines, but Logan is most likely an alternate future as it bears very little resemblance to the happy future that we left them in at the end of Days of Future Past. The year is 2029 and Logan (Hugh Jackman) is having a hard time with life. The X-men are long gone and mutants have pretty much been bred out of existence (they make a statement that no new mutants have been born in 25 years). His famous healing ability is slowing down (most likely due to adamantium poisoning) and he’s drinking himself into an early grave, even more so than usual. He’s ticked off, hiding out near the border to Mexico where he makes money running a limo around town for spoiled customers. Charles Xavier (Patrick Stewart) is going through the middle of dementia and for a mutant with incredible psychic abilities that means he needs constant care before he rips people’s minds apart. Taking care of Charles is a full-time job and Logan is barely hanging on until a young Hispanic woman drops off a young girl for him to take up to South Dakota.

Refusing to do the job at first, Logan reluctantly agrees to take on the little girl Laura (Dafne Keen), only to have all hell rain down on him. It seems that Laura is more than meets the eye, and is in fact a test tube mutant that has been created with Logan’s own DNA. A mutant that has his animalistic tendencies and adamantium “additions” as well. Not willing to let her fall into the hands of the men chasing her, Logan, Charles and Laura set out to South Dakota where there is a chance that she and her mutant brethren that were created can get across the border into safety.

Logan is not just a really good X-Men movie, it’s a really good movie in general. Mangold (who’s known for directing such things as Walk the Line, 3:10 to Yuma and 2013’s The Wolverine) crafts an incredible film that takes the character full circle to a bittersweet ending for our beloved superhero. Ironically, I have to chuckle at reviewing Unforgiven the other day, as Logan is mirror copy of that famous film. Logan delves into the same ideas of a worn out old man who’s going for one last ride in a world that is no longer familiar to him. The very obvious comparisons to other western’s is pretty blatant with a twangy score that feels very reminiscent of those old westerns, as well as Shane playing in the background allows for the viewer to feel like this is not your typical superhero film. Logan is a rundown old man who’s powers are slowly leaving him, and he has one last chance to make a difference in this world before he meets his maker.

The typical superhero elements are still there as Laura and Logan shred their way through bad guy after bad guy, but the film is much more introspective than any that have come before in the series. Mangold got a lot of flak for the ending of The Wolverine, but he redeems himself here in spades as he makes us delve into the love of family and friendship without making it cloying and sicky sweet. That doesn’t mean he gave up on action, quite the contrary. Logan is a bloody mess of a film that takes the idea of a man who has knives coming out of his hands to the logical extreme. While we saw the titular character slash and hack his way through baddies before, it’s NOTHING like what we are witness to here, which almost borders on slasher level of blood and guts. There is a slight element of feeling disconnected from the rest of the X-Men universe, and that comes from the story being based off the comic series Old Man Logan which was an alternate universe story to begin with. However, even though it’s an oddity in that regards, it works as an homage and loving sign of respect to Jackman’s character arc that we’ve seen grow since 2002. It may not be the ending we all wanted for him, but it was the ending the character needed.

Rated R for strong brutal violence and language throughout, and for brief nudity

Well, as with most new releases, I'm always a bit leery when dealing with their 4K counterparts due to how many get 2K masters and then an upconvert, but Logan was one of those that got a full 4K master and looks FANTASTIC in 4K UHD. The heavily graded nature of the movie still looks like film (for the most part, lack of grain kind of loses some of that fake authenticity) and the uptick to 2160p leaves a VERY nice image to enjoy. The rundown, old west vibe and the low budget means there's not a WHOLE lot of CGI, except for the claws, and that lends itself quite nicely to the issue of CGI looking a bit "fake" in 4K films. Instead we get a very well textured and well detailed 4K image that pops off the screen. Sometimes there's some softness and scenes that look a bit gauzy, but those were present in the 1080p viewing as well, making me concluded that those are source related rather than encode related. Blacks are deep and inky, and the shadowy recesses of the Logan world are well defined and impressive to the eye.

the film Noir version of Logan is pretty much the same as the 1080p version in it's effect on me. I like the idea of it, but it didn't do anything major to the film itself like Mad Mad: Fury Road did in teh Black and Chrome edition. The blacks are SUPER important in a black and white film (duh), and they look incredible in 4K. the blacks are even deeper and inkier than their 1080p counterpart and really looks glossy and sleek. The only issues that I had were the same as what I experienced in 1080p. The fact that there is a just a bit TOO much black at times and some crush seeps into the image. Otherwise detail is phenomenal, and the disc is near immaculate looking

Like most movies that Fox puts out, the Blu-ray contains the 7.1 DTS-HD MA track, while the 4K UHD discs gets the Atmos experience. The 7.1 mix employed for the film is simply fantastic, adding a layer of immersion and depth that is just startling, however the Atmos track adds just a little bit more to the experience. Vocals are centered right up front and have an authority that makes each voice sound commanding and powerful. Surrounds get a lot of activity with tons of action sequences, with the crackling of electricity or the tearing of Wolverine’s claws through metal shrieking from all directions. The front soundstage is WILDLY kinetic, with bullets bouncing all around, car engines roaring across train tracks and the like. LFE is deep and throbbing, adding power and authority to the gunshots as well as pounding away whenever the movie gets intense in general. While the normal action movie bits are the most obvious, the surrounds also get a good amount of work from the simple things too. The whine of a powered drone flying overhead, or the chirp of crickets in the background. Everything is masterfully blended together to create a sonic experience that just sucks you in. The 7.1 mix and the Atmos mix is more similar than different, but the overheads do kick in with the helicoptor and drone moments, as well as a few other discrete sounds that bounce around the soundstage. I was surprised how well the 7.1 mix actually held up though, but I do have to give the not to the Amos track if you have the equipment.
.

Logan is one of the most different feeling films of the X-Men franchise, but it is EASILY the most mature and nuanced film of the series. Even though it may not technically fall in line with the main series timeline (it’s more of an alternate ending type of situation) it ties directly in to the main Wolverine story arc and completes Hugh Jackman’s legendary 15 year stint at playing one of the series most beloved characters. I can’t stress enough that the standalone AND connected nature of Logan to the rest of the franchise makes for some absolutely incredible storytelling. A word of warning for parents who’ve let young children watch the X-Men series in the past. Logan is most DEFINITELY an R-rated film and it earns that rating with every blood and language soaked second (something fans of the original character have been begging for, for the better part of a decade). The Blu-ray comes with both the regular theatrical edition, as well as a second disc with James Mangold’s black and white “Film Noir” edition of the movie as well, both of which look and sound incredible on Blu-ray. Definitely a must buy.

I already commented on the Blu-ray review, but my thoughts on the video transfer echoes what you have said here.

Honestly, there maybe something with the UHD Premium Certified titles... They may not always be the brightest transfers, but they give the most consistent HDR experiences from what I've seen so far!

I have this... locked and loaded! Just need a few hours to watch it!

maybe it had a Dolby Atmos track ??? never heard of Folby Atmos

lol... those d and f keys are awfully close together.

So you Yamaha would not decode the Atmos?

It decoded Atmos and DTS:X... hmmm... maybe I need to pop the disc back in and make sure I didn't misread the screen info. I'm pretty sure it said it was a TrueHD 7.1 track.

Perhaps you have to select it in the menu setup?

Halfway through the movie I wondered if it was Atmos... I looked... it said TrueHD 7.1. But that's the core codec. Perhaps the AVR was still pulling Atmos off the disc. I usually leave the AVR set on Surround Decode which up-mixes legacy codecs but also plays something like Atmos straight if its detected (it doesn't display specific codecs) on the front of the unit while in that mode.

I will check mine later tonight and see what it says.

weird. Mine was saying full Atmos on the decoding. I haven't heard any decoding issues on the other forums either

It was probably full Atmos, but since I had the AVR in Surround Decode, it just wasn't showing.