LG's OLED88Z2PUA is Crowned King of the 8K TVs 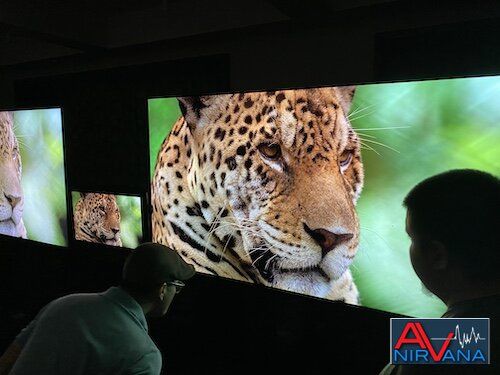 Robert Zohn and his Shootout team were able to source reference-grade 8K demo material for judging purposes, which the TVs devoured and regurgitated with confidence. And, to add a dose of tech irony, some of that ultra-high test 8K content was delivered via USB input, which eliminated the ability of the event’s content operator (Jason Dustal, Murideo) to perform a simple old-school task like rewinding within a video clip.

The shootout began in a dark room setting for HDR Reference Mode evaluation, where black levels/shadow detail, peak lumens and high APL, color accuracy/skin tones, color accuracy/saturation, motion resolution, and UHD detail/sharpness were scrutinized by judges. Not surprisingly, the typical performance differentiators between OLED and LCD technologies were immediately evident (to my eyes, at least). LG’s OLED had superior color volume and accuracy, better blacks, better shadow detail, significantly better off-axis viewing, and lacked any hint of blooming or light bleed around bright objects over a dark background. The LCD TVs excelled in peak luminance and high APL, though the LG’s color during extremely bright content had a richness that was striking and noticeable.

During an extended intermission, a panel consisting of Sony’s Robert Brennan, LG’s Samuel Ahn, Robert Zohn (Value Electronics), Caleb Denison (Digital Trends), and calibration experts David Mackenzie (Fidelity in Motion) and Jason Dustal, convened to discuss 8K technology’s relevance and present-day importance. I need not mention that the topic of 8K can stoke passionate conversation in home theater forums and social media platforms, where many enthusiasts assert that 8K is a sales gimmick that’s unnecessary. So, I was curious to hear how the conversation would unfold.

In full disclosure, I left the halls of CES 2019 and wrote a blistering piece questioning the need for manufacturers to push an 8K narrative. Granted, that was nearly three and a half years ago, but at the time I felt that 4K’s market presence hadn’t been fully realized, with new gear getting phased out before it had properly matured. I feel less passionate about that stance these days, primarily because 4K has continued to be improved (as witnessed during yesterday’s event) but also because 4K hasn’t been kicked to the curb. The fact is, 4K does and will continue to have strong legs for quite some time.

One of the most obvious stumbling blocks to 8K’s real-world relevancy is content availability. But, the reality is some content is out there, you just need to look hard to find it. Robert Zohn stressed that quality 8K content exists on YouTube, adding that some consumer smartphones and prosumer cameras can capture native 8K video that looks stunning on current 8K TVs. And the panel also suggested that more 8K content is coming faster than one might think. Not only are the HDMI 2.1 and ATSC 3.0 standards designed to accommodate 8K, but major content entities (like Amazon Prime) are actively involved with the 8K Association.

Rob Brenan pointed out that 8K displays are also an excellent platform for displaying upconverted 4K content. The latest processors used in this year’s 8K TVs are incredibly powerful, allowing them to fill all of their extra pixels with detail that 4K TVs can’t display. That detail, Zohn added, results in radically improved gradients on various rounded shapes (such as the letter “S” or an oval), eliminating visually apparent “stair-stepping.”

The conversation also highlighted the existence of currently available 8K video game titles, with every member of the panel agreeing that 8K gaming content is here and an undeniable part of the format’s future. The panel eventually ended with Caleb Denison discussing the importance of pushing the display technology envelope, noting that enthusiasts have resisted change every time new resolution advancements have been released. He argued that 8K is an inevitability, concluding that one segment (in this case, manufacturers) had to move forward and lead the charge.

I asked each of the panelists to pick one aspect of TV performance, be it size, resolution, processing, color, etc., that they would like to see improved. Interestingly, peak luminance output was a top priority, which would ultimately allow for better color and contrast. And, with advancements in components like heat sinks, the industry might not be that far off from achieving more nits from current display technologies.

Much like the 4K TV Shootout, this year’s 8K event was extremely close across the board, setting the stage for an even more exciting and competitive TV Shootout in 2023.
Last edited: Aug 1, 2022
Click to expand...

I watched the panel discussion and viewed it as a fluff piece. Want access? Gotta say the right things.

The interesting thing is that they all say that the nay sayers resist any new advancements. That is such a terrible characterization and pretty much tainted the whole discussion. What they (manufacturers and the “panel”) fail to grasp is that the public is all in for advancements and change, they just want in done in the important areas and not something unnecessary. 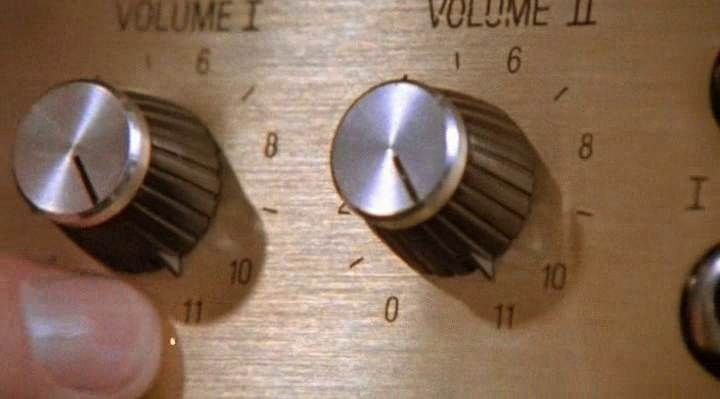 I have to admit that I typed that up quickly and then ran out the door to walk the dog and left a lot of what I really wanted to say/ask on the cutting room floor.

If you take the top 4K display with the same guts (processors, etc)/size and put it side by side with an 8k display, sitting at the appropriate distance, would you notice a difference? I have always used the chart of Carlton Bale’s as my reference for proper seating - ie I sit at something like 8 feet away in my theater with a 100” screen using a 4K pj. And I honestly cannot fathom sitting any closer than maybe another foot or so as the field of view would start to diminish.

Are the guts of these 8K displays being put into 4K models or are they exclusive to the 8K models?

Are we going to be backed into the ‘subjective’ realm with this whole 8K thing? For instance, thinking it looks better rather than it actually being better - the resolution at the proper distance. My thoughts are that’s where we’re heading because there’s no science backing this up. Visual Acuity is a pre-determined, static thing.

Are video games/consoles pushing this? I can’t think that the movie industry would be. There are only a handful of true theaters that can take advantage of the current standard - Dolby Cinemas. And the broadcast industry hasn’t even caught up to HD fully yet.

One of the things I heard mentioned by several members of the panel was that the manufacturers are ‘leading the way’ or ‘pushing the trend’. Personally I think that’s a cop out.

I'm not quite sure what you mean by "cop out." I think the big concern (at least from my perspective) was that 8K's introduction would essential shelve 4K and force buyers to purchase new equipment. But that's not happening. 4K development and picture enhancements are still happening and, to everyone's benefit, 8K is also in development. So, it's a no harm, no foul scenario. Eventually content creation and delivery will catch up...

Ultimately, people want big screens with high resolution. 8K delivers on that. And seating distance becomes less of an issue, because your eye can't resolve pixels. Also, yes, the 8K up conversion leads to nearly imperceptible transitions and rounded edges at closer distances.

Could you spot a difference between an 80" 4K and 80" 8K TV at a 10 ft viewing distance. Meh. Probably not. But approach the screen and you'll undoubtedly start to see a difference.

You mention video games. I think that's a massive player in the 8K segment. We're old, Steve. It may not matter to us, but there's a TON of 20-somethings that will soon be in their prime earning days, looking to buy the largest/highest resolution screens they can to display the latest gaming consoles.

I hope that I see an 8K broadcast of a baseball game on a 90" screen mounted in my living room during this lifetime. Would be awesome!

4K tv's have a lot of life in them while they are still available on the sales floor.

I just watched the video comparing the 4K champ to the 8K champ and the 4K seemed better. But it is a video so YMMV. My next question is what would be the cost difference between a similar size 4k/8k with the same processing?

I wish the content creators would start a broad movement to higher resolution - in time, not in lines and pixels! 24p is so yesterday...

We ^ agree! We will start to see more content created and distributed with higher frame rates.
H