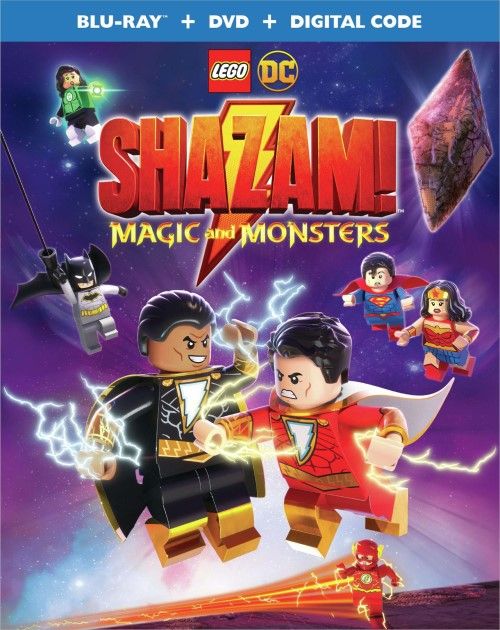 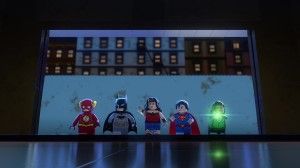 Movie
These Lego DC films are kind of a fun little diversion from live action movies and the more adult DC animated stuff from Warner Brothers. They were intended to be aimed squarely at the younger generation as most of the DCAU stuff is all PG-13 to R rated (especially with the newer stuff), and they do so with gusto. The tone is light and airy, the jokes fast and furious, and the entire universe actually can tell a pretty good super hero store midst all of the typical life lessons that the show pushes on the kiddy winks.

The latest of the Lego DC films goes straight after the latest big DC film by going in on the heels of Lego DC: Family Matters (where we got to see Billy Batson for a brief period of time) and make a film about Shazam!. Of course the Justice League is involved, as Billy/Shazaam! (Sean Astin as Shazaam!, Zach Callison as Billy) comes in to help out the Justice League when they go up against the League of Monsters. While it seems to be something simple for the Justice League, the monsters are being controlled by Mr. Mind (Greg Ellis), who seems to want food for some nefarious purpose. The League is inexorably drawn to the lair of the mental midget worm only to find out that they’re too late. Mister Mind has transformed from a worm to gigantic moth, and it’s going to take all their powers combined to take him down. 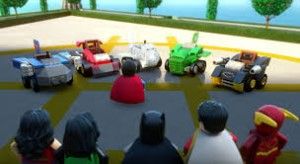 The only thing is, Mr. Mind is one step ahead of them and uses a special device by a mind controlled Dr. Sivana (Dee Bradley Baker) to turn the league into Kids. Controlling their minds he is able to unleash hell on earth unless Shazam! Let down his guard long enough to team up with Batman (or Batboy now) and pull in some otherworldly help.

Lego DC: Shazam! Magic and Monsters is actually the most cinematic and serialized of all the Lego DC films. The series has slowly evolved from simple kiddy flicks to something that sort of resembles a shared universe over the years, and this one actually is a bit more complex than the rest. Sure, the villain is defeated at the end in a pat way, and the life lessons about trust and fear are rather straight forward. But the film cleverly ties itself into the previous Lego DC film (where Billy made an appearance) and even sets up the film for a sequel down the line. What impressed me even more than that was that it somehow managed to stay closer to the comics and (in some ways) tell a better origins story for Shazam! AND Black Adam at the same time! It’s not super high budget, but I really was impressed. It’s one of the better Lego DC films by a long shot, and does a really nice job of blending 10 and under film tropes with a slightly more nuanced and interconnected super hero universe. 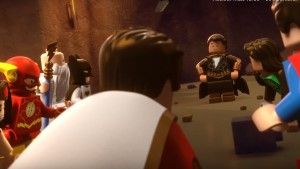 Like usual, the Blu-ray looks very good, but never GREAT, if you know what I mean. The disc is more than capable of handling the bitrates for a lower budget animated film. Details are good, but backgrounds don’t really show a ton of major detail, and are just there as background “filler”, so to speak. The film doesn’t suffer from the copious banding that the other more “mature” DCAU films always seem to suffer from (making me wonder if it’s something in their source material vs. something in the encode). Colors are bright and vivid, with shiny saturation and impressive amounts of pop. Black levels seem to handle everything well, and shadow detailing is excellent. An overall good disc that should please most people. 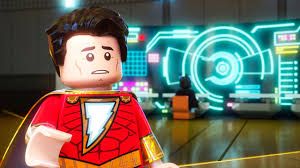 The 5.1 DTS-HD MA track is par for the course. Robust, exciting when the action kicks up, but not overly complex. Dialog is crisp and cleanly replicated up front, and the bass track gives some rumble to the mix as Superman shoots eye lasers, or a building is falling down at the beginning conflict. Surrounds are fairly predictable for the mix, but fairly strong as well. The action really does pull you into the center of the 5.1 experience, especially when Flash swoops around from all angles. 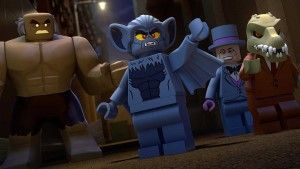 The Lego DC films are DEFINITELY aimed at the younger generation, but as someone who has reviewed/watched them since their very inception about 5 or 6 years ago, I was really impressed with how solid and cinematic this one was. Shazam! Has always been a fun character to introduce, and with DC’s smash live action hit, it was only a matter of time before he was brought down to a 10 and under crowd as well in the movie verse. The Blu-ray is very typical of the Warner animated films, with budget animation, but lots of colors and shiny things to ooo and awww over. Audio is spot on and the extras decent enough. If you have kids who have enjoyed the Lego DC series in the past, this is easily one of the best and most watchable ones. Solid Kids Watch