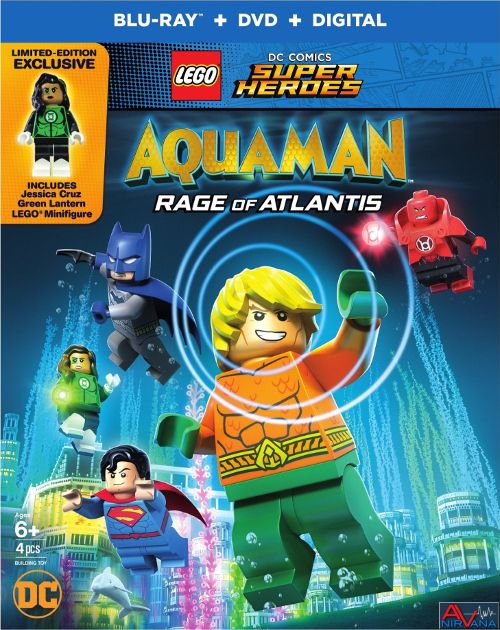 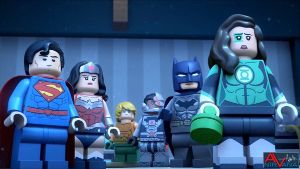 Movie
I grew up playing with more LEGO’s than any kid had any right to own. Back in the 80s and 90s they were just children’s toys and the popularity fad hadn’t been ramped up to level 11. You could buy an entire Pirates Legos set for like $20 (one of the BIG sets was like $40), and they were fairly simplistic. A castle, a boat, a few pirates and British soldiers and we could call it a day. PLUS there was the giant Tupperware bin of spare Lego bricks that could be used to make whatever your heats desired (and I spent many an hour conjuring up fantastical creations) Nowadays Legos are a high priced commodity toy that has created much more specialized parts and can routinely go from $40 on the LOW end, all the way up to $150 for a set! I now really wish I had kept that massive 3 foot tub of Lego parts I had as a kid and saved them for my children, because my pocket book sure won’t be able to keep up with Lego prices when my kids come around.

I have a weakness for these Lego DC animated adventures. They’re nothing like the big box office Lego movies, or the DC animated universe regular, but they’re light and fluffy without the need to keep in line with other movies. Instead, they spin off into their own silly little kids universe, and serve as a cotton candy adventure to enjoy on it’s own. The characters are silly, the plots airy as can be, and the standard idea of teaching young children small morality tales through super hero plot lines. This time a rampaging intergalactic bounty hunter by the name of Lobo (Fred Tatasciore) is tearing through Area 52 looking for a mysterious orb of power. When Aquaman (Dee Bradley Baker) comes to stop him, he gets his butt handed to him by the space Harley driving bounty hunter and is forced into a little humiliation.

Segueing back to Atlantis, the rest of the justice league follow Aquaman back to his royal home, only to watch him get dethroned by his half-brother ORM, who has taken advantage of the fish king’s defeat at the hands of Lobo to influence the populace. HOWEVER, there is a deeper and darker evil lurking behind ORM’s betrayal. Acting as his adviser is Atrocitous, head of the evil Red Lantern Corp (who, much like the green lanterns, use rings of power, but their power is based off unmitigated rage), is planning to take over the world on his OWN terms. Meaning it’s up to the dethroned king of Atlantis and the rest of the Justice League to help restore balance once more. 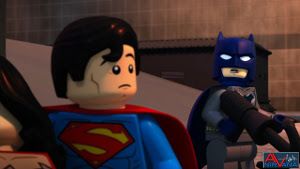 Aquaman: Rage of Atlantis falls very much in line with precious Lego DC comics adventures in that it is more style and flashy humor over substance. The plot is easy to see coming, and really has nothing new in store for us. The Justice League is dealt a small defeat, then has to band together and find some sort of common ground in order to come out better as a team. This time the two that need “learning” is an overly arrogant Aquaman, and the new Green Lantern, Jessica Cruz, who has to overcome her fear and learn how to use her powers properly. Along the way they all get buddy buddy, have a few drinks (of water of course), and crack jokes while they beat up the bad guys. Voila.

Despite that, Rage of Atlantis is a fun little adventure that is really geared towards the younger generation. Those of us who have to go to work will get less out of it than your 12 and unders will, but I found it humorous and fun enough to enjoy ALONG with the little ones. Even though it’s not up to the scope of the big three theatrical Lego films, it still has a lot of flair, lots of different locations, and isn’t afraid to bring in some of the more unique heroes and villains of the DC universe that the main DC universe won’t seem to touch (such as the Red Lantern Corp, Dex Starr, and Lobo). All in all, it’s a fun, fluffy piece of cotton candy entertainment for the kids, and welcome relief from the dark and gloomy nature of the live action DC universe. 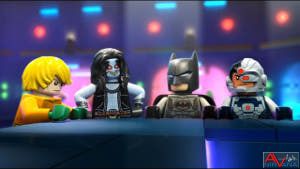 For the Warner DTV Lego movies Rage of Atlantis is pretty much par for the course. It’s not as complexly detailed or as deeply nuanced as the big budget films, but it is bright and full of shiny colors at the very least. Primaries are razor sharp and deeeeply saturated, showing off the greens of Green Lantern, the blues and reds of Superman’s suit as well as the Red Lantern Corp outfits. Not to mention the luscious blues of Atlantis. Detailing is solid for what is show, but the DTV series just don’t have the level of detail afforded to a mega blockbuster CGI film. There’s some mild banding (what Warner animated film DOESN’T have banding?), but the banding is actually rather light and intermittent. Overall it’s a good looking 1.78:1 AVC encoded Blu-ray transfer that should please the kids and videophiles alike.

The 5.1 DTS-HD MA 5.1 track is well done and perfectly serviceable for the style of movie that it is. There’s lots of surround activity with the copious amounts of action strewn throughout the 77 minute film, and the LFE channel kicks up with some nice low end to accompany the action. The bass isn’t as hot and heavy as it COULD be, but it does supplement the action quite well and add a nice complimentary feel to it, supporting the more boisterous moments. The environmental ambiance is fairly mild, but underwater in Atlantis and during the final boardwalk battle scene, you can hear the water rippling and crowd screaming in the background cleanly and clearly. The track is rather simple, but does everything asked of the DTV movie without too much fuss. Dialog is always clear and intelligible and the dynamic range more than satisfactory. 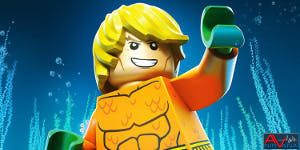 Aquaman: Rage of Atlantis fall in line with the rest of the DC Lego universe, giving us a fun little diversion from the main branch of the Lego universe, and a nice bit of escapism for kids and adults equally. Warner Brothers continues with a quality Blu-ray presentation all around, and packaged this version with another Lego figurine (This time it’s a Lego Jessica Cruz as Green Lantern) as the only extra (sadly, no extras on the disc itself). Kids will love it, adults will have a solid time, and really, if you’ve seen ANY of the Lego DC DTV films, you know exactly what to expect. Fun watch for the kids as my recommendation.

Recommendation: Fun Watch for the Kids