Legend of the Naga Pearls 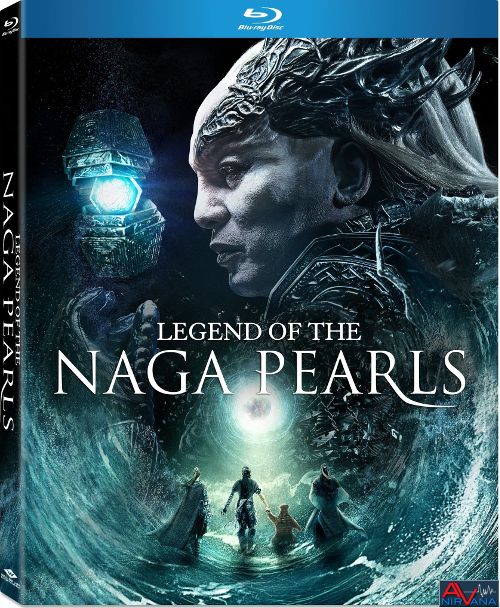 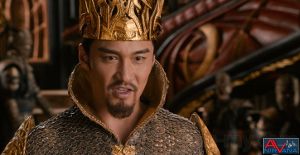 Movie
Legend of the Naga Pearls caught my attention a few months back when I was browsing Well Go USA’s newest assortment of trailers on YouTube and I just stumbled upon it. I liked the quirky looking humor and the Asian fantasy setting, so I made a special note to check it out once it came to Blu-ray, and low n behold, look what showed up to review! Well, after giving it the good old college try I’m happy to report that it is a load of fun to watch, but also a bit saddened to report that it suffers from some serious editing flaws and some bloat here and there. The film was one of the few modern Chinese fantasies that DOESN’T come from old ancient mythology, but rather from a set of novels penned a few years back. Naga Pearls still carries that old veneer of Chinese folklore with it, but also expands with a hint of more traditional fantasy thrown in as well to create a fairly homogeneous blend of both worlds. Unfortunately those editing errors I mentioned do bring down the fun story line a bit and show up during the second act to keep it from being completely enjoyable.

Legend of the Naga Pearls brackets the opening and ending of the film with a story about the world of old, where the Winged Tribe once ruled over much of the world, only to be upset by the humans when the Winged Tribe got a bit too big for their britches and tried taking control from the rest of the 6 tribes (the only ones mentioned are Humans, Merfolk and the Wing Tribed, but there are hints of Ape men as well as dwarves as well). Years later, the old capital of the Winged Tribe has fallen from the heavens and is now ruled over by men. The rest of the peaceful winged creatures of old are still around, but most either serve the human emperor, or are in hiding, biding their time till they can strike again. Vlad (Simon Yam, in a TON of makeup) is one of the few winged warlords left and he finally decides to step out of the shadows as he has found several hidden artifacts that once combined will create a weapon of IMMENSE power. A weapon that can return his people back to the days of old.

Only thing is, he needs one more artifact. The Naga Pearls, which just so happen to be in an underground cavern. When the “saint of thieves” (Darren Wang), finds out about the cave’s whereabouts during a heist, he steals the Naga Pearls in hopes of gaining some coin. A winged tribe member now working for the human royal guard named Raven (Tian’Ai Zhang) has plans of her own for the peals, and that includes keeping them out of Vlad’s hands. After both of them get arrested for trying to steal a treasure, the Saint, Raven and a mysterious benefactor band together to find a way to destroy the pearls before Vlad is able to get his hands on them and end the world as we know it.

Legend of the Naga Pearls takes a lighthearted approach to the whole fantasy story, with the Saint of Thieves parading around the place with a goofy grin and a little CGI Armadillo who has a penchant for farting. There’s almost a “Disney’s Aladdin” vibe to his strut, stealing from those around him to eat, but also a has the ability to deftly dance and leap his way around the palace guard. I had way more fun with the film than I was initially expecting, and the first half is really engaging. It’s not until the second act, when the trio are off to the “Port of Tortuga” style casino that things get a bit wonky. The editing suffers greatly as scenes are pushed up next to each other without much in the way of logical connection, and there are whole areas that feel like a scene or two is missing. Usually leaving you feeling like they could have added in a segue between the two scenes instead of just abruptly jumping there. Then there’s the final act that just tries to cram too much into a short amount of time. Don’t get me wrong, I really did enjoy the lighthearted romp that it was, but like many Asian fantasy films, too much gets left on the drawing board and the editing leaves much room for improvement.

The film’s cheeky humor are all well and good, but Darren Wang really steals just about every scene he’s in as the self proclaimed Saint of Thieves. That goofy grin of his elicits a warm smile from this reviewer and the high flying martial arts is incredible. When the film gets bogged down with backstory and scene editing issues, it more than makes up with some amazingly choreographed fight scenes. The battle where the Saint is luring the guards into the same chamber as Vlad’s henchmen is a blast, and they actually let you SEE what is going on in a fight scene, instead of falling prey to the more modern technique that Paul Greengrass spawned with The Bourne Identity. E.g. using tons of quick edits and cuts to make it seem like an action scene so that you can cut down on actual choreography.

I couldn’t find any information about what cameras were used, or what resolution the master was struck at, but Legend of the Naga Pearls is a very VERY nice looking Blu-ray at the end of the day. The film shifts between several unique grading styles, ranging from dark underground caverns with a VERY deep blue hue to it, while brighter light shots have a much more natural look , with soft hints of gold and wheat colors as the strongest color grading. The dark blue shots tend to be a little softer, as the blue hue robs it of some fine detail, but the brighter sequences show a much sharper look to. Facial tones are well done (except for Simon Yam’s painted face, which naturally is pale as can be) and the image is REALLY clean looking. I couldn’t detect any major instances of banding (which is usually an issue for Well Go USA, as their most prominent digital artifact) and the black levels are deep and silky black. The film was obviously shot for 3D over in China (some of the pop out slow motion effects are pretty obvious), but even so, as a 2D film, Well Go USA did a great job with this particular encode.

Instead of dual language tracks, Well Go USA has given us a pair of native Mandarin tracks, one in 5.1 DTS-HD MA and the other a 2.0 Dolby Digital track for night listening. The 5.1 mix is impressive as can be, with roaring bass and quite a soaring sound track. The film is highly energetic, with tons of action sequences, so the surrounds are always in use as the action shifts from one end of the sound stage to the other. The rumbling roar of stones grinding on each other, or the overly stylized sounds of weapon impacts, all ring out with deep authority, with the underground temple being one of the most bombastic moments. The Mandarin dialog is clean and clear of any imperfections, with the vocals firmly planted in the front of the room, creating a highly immersive sound track.

Legend of the Naga Pearls is a fun little movie that feels at conflict with itself. On one hand, I had a blast with the action of the movie, and the premise of the whole “winged clan vs. humans” was a lot of fun. But the editing of the move and the sometimes overused of explanation while under explaining other portions really was frustrating. The spotty CGI doesn’t help in regards to immersing the viewer into the film either. But, it is what it is, and I had a fun enough time with this Chinese fantasy (that for once wasn’t based off of old Chinese folklore). Well Go USA did a great job with the audio and video specifications, which makes for a fun home theater watch, but the film is typically devoid of any extras outside of a few trailers.