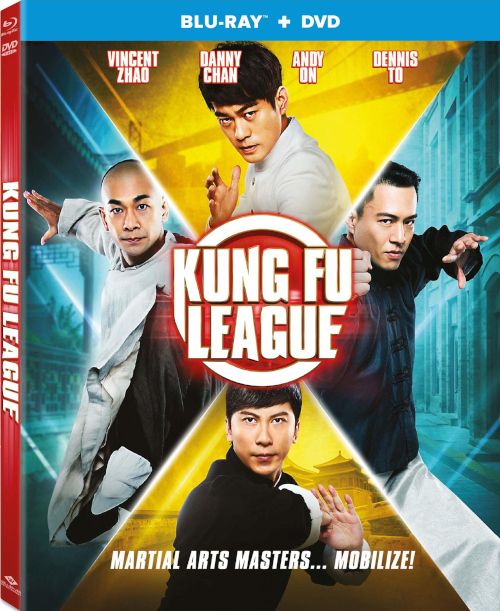 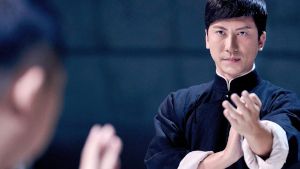 Movie
Being a fan of high flying martial arts films from all walks of Asian life, I was intrigued when I saw the trailer for Kung Fu League. The movie trailer made it seem like a mash up of larger than life martial arts period piece legends in modern times, and being played by some pretty solid martial artists as well. I was expecting a little comedy, but was completely blown away by the sheer amount of fun and tongue in cheek humor that movie employed in an effort to lampoon the entire Wuxia film culture. It really felt like Jean Reno’s The Visitors blended with wacky Asian humor, some romance, and plenty of wuxia fighting. It’s not for everyone, but Kung Fu League far outpaced my moderate expectations for it, and while not everyone will like the light and tongue in cheek air that the movie exudes, it’s more than entertaining if you want to have a little fun with classic kung fu flick tropes.

Fei Ying Xiong (Taiwanese superstar Ashin) is a shy comic book artist who doesn’t have a lot going for him. He’s got a crush on his coworker Bao’er (Madina Memet), but his office manager (played by Collin Chou) notices his crush on her and makes his life miserable for his efforts. After being accused of stealing (when all he was doing was dropping a love letter to Bao’er), Fei quits his job as a comic book artist, and makes a sobbing wish to the universe that the 4 kung fu masters that he was animating come and save him like he made them do in the funnies. Yup, you guessed it. Some magic of the universe happens and suddenly Wong Fei Hung (Vincent Zhao), Ip Man (Yu-Hang To), master Huo Yuan Jia (Andy On) and his student Chen Zhen (Kwok-Kwan Chan) are zapped from the early 1900s to 2018, where they have to figure out WHY they’re there, and why they all have the same dream of the same young man summoning them.

Eventually meeting up with Fei Ying Xiong, the four masters realize why they were summoned here. Poor Fei really wants to let Bao’er that he loves her, but feels inadequate compared to the richer and more successful people around her. When Bao’er invites Fei to the martial arts tournament that her cousin (who just so happens to be the officer manager who has been blocking Fei from getting with Bao’er) has organized, Fei knows what he has to do. He has to use the 4 masters to teach him the secrets of Kung Fu so that he can win the Wushu tournament and win Bao’ers affections for real. 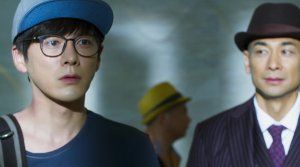 The story is mixed up with several side plots relating to the 4 masters. It seems that Wong Fei Hung is getting ready to marry the infamous 13 Aunt in the 1900s, but after getting to the future he stumbles upon information that the love of his life actually had a secret lover. Ironically, the lower turns out to be Master Huo, who does his best (along with the help of Chen Zhen) to keep his secret safe so that the good hearted Wong doesn’t attempt to break every bone in his body. Mix in some gangsters, a romantic sub plot with Bao’er and Fei, and culminating in a hilariously over the top battle at the end, and you have the plot.

To make it abundantly clear, Kung Fu League is NOT a serious movie at all. It’s a tongue in cheek comedy that lampoon pretty heavily the martial arts / wuxia culture. Wire fu is everywhere and fight scenes are laboriously monologued, and pretty much every character is a comedic caricature of themselves. That means the movie is really not interested in paying high brow respect to the martial arts masters, but rather takes their written characteristic and amplifying them to the nth degree.

A big problem with the movie stems from the fact that the CGI is REAAAAAAAAALLLY low budget at times. It almost feels like the 90s when CGI was an up and coming thing, and movies (especially low budget action films) would look completely ridiculous as a result. The same sort of thing is replicated here, although I feel that this is less of an homage to the past, as much as a byproduct of an Asian company utilizing a low budget production with high concept action. The saving grace of the movie is that it pokes fun at itself incessantly, and has a good sense of humor being able to poke fun at the cheesy aspects of the movie in a very self aware way. That and the fact that the martial arts sequences are really well choreographed (except of the final battle between the two men vying for Bao’er’s heart. That fight just was awful). 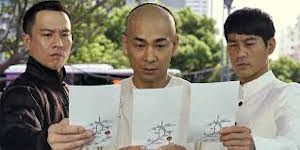 Well Go USA’s 2.39:1 AVC encoded Blu-ray really does look really amazing on home video. Shot digitally, the film employs several different color grading styles dependent on where the movie is at the time (period piece moments are very brown and earthy, new modern sequences are bright and glossy, while others will have a sort of olive green hue to them). Fine details are usually resplendent, with good textural details along faces and intimate clothing, and backdrops even show off more than enough detail to get buy. Some of the darker shots DO suffer from the traditional Well Go USA banding that comes and goes, but it’s never egregious. The only real negative that I can see is the obviously bad CGI that is just everywhere in the movie. The end fight between “Cousin” and Fei is pretty painful, as the battle suit looks like a 1990s video game, and Ashin himself is a weak enough martial artist (he’s singer really) that they had to supplement his action with even MORE CGI. 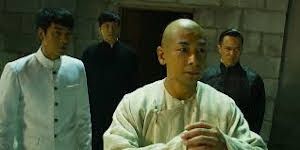 The 5.1 DTS-HD MA Mandarin track (with English subs) is a good, if not sometimes great, track that does justice to the action/comedy nature of the film. Dialog is clean and clear, locked up front and in the center, and the mains have some great panning effects during the battles. Outside of the 2-3 main fight scenes, the track can be rather forward heavy outside of the pop music score. Surrounds kick up during the tournament as well as the fight with the masters vs. the Dragon Boxing champion earlier in the film, and are utilized pretty heavily with the music. LFE is tight and punchy, but I noticed it was a bit softer than I was expecting, as the rest of the track was cooked super hot (I had to turn down the track by 5 DB’s as a result) and rather robust. 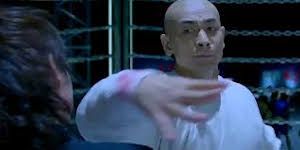 Kung Fu League is self indulgent, funny, and has a blast lampooning the serious backstories of legendary martial artists with a sort of meta glee. The movie has it’s fair share of flaws, especially regarding the CGI, but it’s a film that took my by surprise and revels in the ability to just have lighthearted fun with some action thrown into the mix. The romance was sweet, and the fight scenes well choreographed as well. Well Go USA’s Blu-ray looks and sounds amazing (although traditionally light in the extras department), and makes for a fun watch for someone looking for a breezy Asian action movie rather than your typical hard line period piece drama.