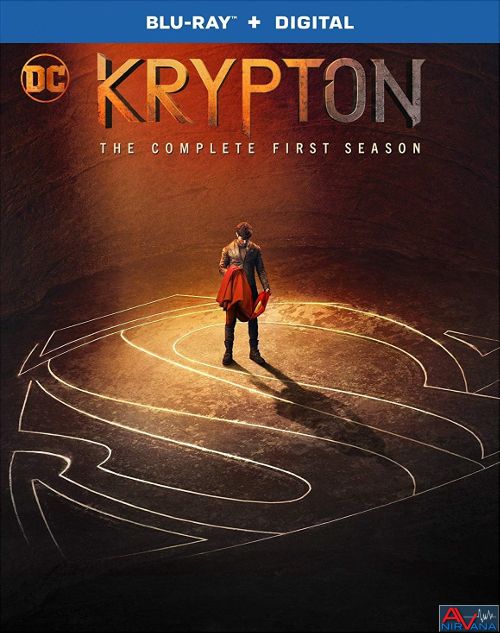 Movie
Krypton was one of those TV shows that I heard about early last year and kind of shuffled off to the side as I didn’t have the SyFy channel anymore and wasn’t wildly intrigued by it’s premise. I mean, we’re talking about a prequel to Superman without Superman in it, and on a planet where no one will have any super powers (Kryptonians only gain their super strength and abilities outside of their red sun solar system), and it was on the SyFy channel. Meaning it’s future is always in peril due to the fact that SyFy is almost as infamous as Fox is for giving shows the ax if they don’t perform as well as hoped. ESPECIALLY science fiction shows that are heavy on the CGI and budget (think Dark Matter *grumble grumble whine). HOWEVER, I’m a super hero junky, and couple that with the fact that this is a Warner Brothers production instead of a Canadian SyFy channel production (only shown ON the SyFy channel) I wanted to give it a good look and jumped at the chance to review the discs

I guess you could say that Krypton is Warner Brothers/SyFy’s attempt at their own Game of Thrones. I’m not saying that Krypton is some hard mature rated TV show with tons of swearing, tons of nudity and tons of intrigue, but rather that it is one of those shows that tries to be hard and edgy, with politics and backstabbing and intrigue as it’s basis. For being a super hero based DC show, it’s really not much to do with super hero’s at all. It’s not even a prequel to Superman as the show progresses and unfolds, but rather an elseworlds story of Kryptonian past being that the cannon is altered and changed outside of traditional Superman canon.

The show takes place 200 years before Supes is ever born. Focusing in on his grand father Seg El (Cameron Cuffe) we see a Krypton that is NOT at the height of its power. Krypton is a wasteland, torn up by wars and by a harsh climate, the once great world is huddled in technologically advanced cities under a force field. The age of democracy is at an end as the high priest of Rao (known as the Voice of Rao) has taken over the council in a theocracy, and has executed the house of El’s most prominent scientist for heresy against the church. Stripped of their ranks, the remaining El’s have to live in the poverty as a rankless one, scrabbling for scraps until something happens that will change the face of Krypton forever. 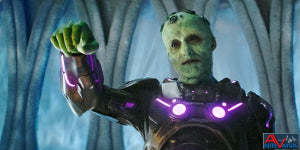 This change comes in the form of a time traveler by the name of Adam Strange (Shaun Sipos), a man who has come from 200 years in the future to correct an aberration in the timeline. Superman is being wiped out of existence due to the fact that Brainiac 1, the collector of worlds, is coming for Kypton hundreds of years in the past and is going to wipe it out of existence before the world’s greatest superhero can even be born. The only thing that can stop him is the technology and research done by Seg El’s executed grandfather, and with it, bring forth a golden age on Krypton where the El’s once again are brought back into the spotlight. However, to do this Seg has to wind his way through political machinations of the Voice of Rao, his entrance into the Science Guild, AND his own love for Lyta Zod without letting anyone know that he’s trying to stop the entire destruction of Krypton before it’s too late.

As I said, Krypton tries really hard to be another Game of Thrones. It has the political intrigue down, long episodes of people having hidden secrets, and a dark color palette to give it a moody vibe. However, this is where the similarities stop. Krypton is an interesting mixup of Superman lore and it’s own take on ancient Kyrpton. I originally thought this was going to be a straight prequel to Superman, but Krypton takes a few wicked turns throughout the show that really puts it more in the category of an elseworlds story, with changes to the original timeline that can’t be reconciled. These changes are actually what make the story a LOT of fun though. The first half of the show is a bit flat, with that “wannabe” Game of Thrones vibe to it, but it’s right around the halfway point that things start to really pick up and we see some major time traveling players enter the game such as General Zod and the creation of some intricate tie ins to the house of El (and subsequently Kal-El in the future).

I had a few issues with the pacing in the first half, and Krypton is NOT a slam dunk hit from the get go. Being that it’s a SyFy and Warner Brothers collaboration it deviates VERY differently from the CW universe of DC shows. In fact, it’s much more akin to Fox’s Gotham than it is any of the other DC shows in that it’s kind of an elseworlds tale with a darker twist. Krypton tries really hard and has an uphill battle for the first season, but I really liked t he lack of angsty romance and broadcast TV limitations that plague many of the other shows. By the last few episodes I was really enjoying myself and that end season finale actually proves that the second season is really where the show is going to hit its stride. I won’t spoil it for you, but they really laid the ground work for a much more complex show that brings in some powerful characters that we’ve all loved from Superman lore.

Krypton comes to Blu-ray with an appropriately glossy and shiny digital image that is bathed in dark blues and steel grays most of the time. The underbelly of Kandor City is dark and gray, with deep swathes of navy blue over the top, while the upper echelons of the city are still dark and dim, but very shiny and glossy throughout. The Sagitarious armor is deep and inky black, with shiny and smooth textures, while the rocky terrain of the outworld is more visibly textures and nuanced. Deep reds pop through everywhere, as do inky blacks and deep blues to round out the top three primary colors shown throughout the show. Fine details abound everywhere, showing off everything from the CGI of Brainiac, to the hairs and fibers on clothes for Seg. It’s a great looking 1080p transfer that is right in line with many of the CW produced shows that is WB’s staple for TV visuals.

The 5.1 DTS-HD MA audio mix for the show is just as striking as the video is, and while it doesn’t shock and awe us with something new, is a VERY nice sounding track. Dialog is crisp and clean, the sweeping score is vibrant and full without being overbearing and harsh, and the surround mix for the city of Kandor (and the resulting outworld scenarios) is more than appealing. Everything is rich and full, using all channels quite abundantly, with a deep LFE addition that comes and goes throughout the show. Krypton is still a TV show at heart, and while it’s not as powerful and full as blockbuster movie, it is top tier for a SyFy channel TV show.

Krypton is not perfect. I fully admit that. But I still really did enjoy the first season more than I was expecting to, and the groundwork they laid for season two is really something. I’m actually more excited about the second season of Krypton than I am for the next season of The Flash and that’s saying something! The Blu-ray itself is fantastic as always, with typical Warner quality for the excellent audio and video specs. Extras also fall in line with Warner Bros DC shows (the typical comicon panel and featurettes), giving this an overall excellent Blu-ray package for us to enjoy. Good for a fun watch.

Thanks for the review. I also was not interested in checking it out since it is without superman. lol.