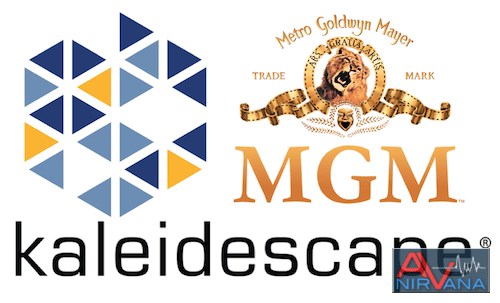 (November 6, 2019) Kaleidescape has inked a deal that boldly injects its film catalog with seriously reputable entertainment fun. By granting access to popular titles such as The Princess Bride, The Silence of the Lambs, Rocky, When Harry Met Sally, Robocop, The Terminator, Rain Man, and more, the company’s new agreement with Metro Goldwyn Mayer (MGM) is certainly impactful for devoted users, adding major league-level entertainment to its 11,000+ titles.

According to Kaleidescape, its catalog now offers 88 of the American Film Institutes "100 Greatest American Films of All Time."

“The combination of Kaleidescape’s high-quality playback and metadata-rich movies enables cinema connoisseurs to rediscover and experience some of the greatest Hollywood movies,” said Cheena Srinivasan, Kaleidescape founder and CEO. “Kaleidescape is thrilled to offer our customers more of their favorite movies to enjoy with family and friends.”

Kaleidescape is on the cusp of entering its 19th year of existence, enjoying a customer base that uses its products in media rooms, home theaters, and yachts around the world. The company currently offers two different player models, headlined by the Strato S player, which houses either 6TB or 12TB of internal storage. The space-friendly Strato C lacks internal storage. Both players can tap the massive server capabilities of the Terra Movie Server, which delivers up to 40TB of performance. Terra can feed up to ten different Strato players and possesses the ability to play data-intensive 4K movies simultaneously. For more information about Kaleidescape, visit www.kaleidescape.com.