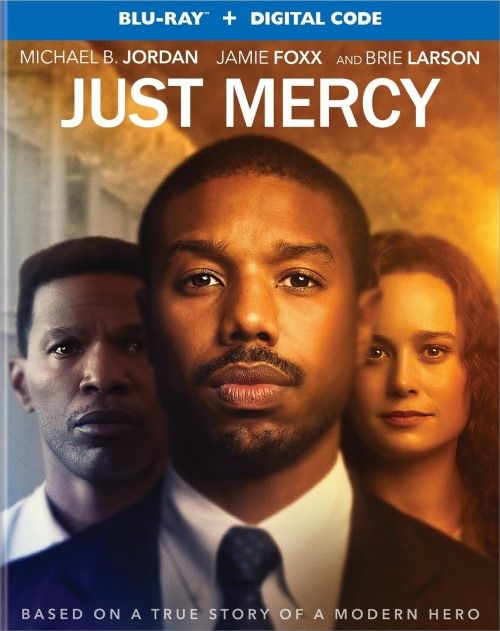 Warner Provides The Blu-ray disc for this review

Movie
Coming from a law enforcement family with members of immediate and extended family being in said occupation, I grew up with a strong sense of justice built into my core upbringing. However, I’ll never forget one said individual who took me aside when I was going on about the need for harsher punishments and quietly said “I would rather ten guilty men go free for a crime they committed, than have one innocent man convicted to death for a crime he didn’t commit”. At the time I didn’t understand what he was talking about, but as I got older and saw more of life I think I slowly began to understand what he was talking about. He wasn’t saying that we should just blithely look over obvious crimes and their necessary punishments, nor was he saying we shouldn’t have the right to execute something for doing something incredibly heinous to other people. What he was talking about was the weight and gravitas contemplation that should go into something so serious and permanent as ending another person’s life. Especially when you consider that every 1 in 9 (or one in ten depending on the study) death row inmate has been found to be innocent (either years later after their death, or before), which is a startling amount of error. A few percentage points in most statistics would consider that a decent margin of error, let alone nearly 10%. The meaning of that phrase sinks in and I think that we need to be sure beyond a shadow of a doubt before sentencing someone to death for a crime, otherwise erring on the side of caution when playing with another human's life is the more honest and justified approach to that method of punishment.

Just Mercy deals exactly with that issue of clarity and undeniable evidence as pulled from the memoirs of one Bryan Stevenson (portrayed here by Michael B. Jordan) Bryan was a young boy from the bad end of town who got into law to help people, but upon visiting a death row inmate during an internship he realized that he wanted to devote his life to seeking justice for wrongfully accused death row inmates. Inmates who could spend 30 years or MORE just waiting for their punishment to be handed down and their day in the electric chair to come. Heading down to Alabama where he feels he can do the most good, Bryan runs across an inmate by the name of Walter McMillan (e.g., Johnnie D, played by Jamie Foxx) who has a striking story to tell. He was convicted for a crime he said he didn’t commit, and the only evidence they could even reasonably find was the testimony of a convicted felon. Digging deeper into the case Bryan discovers that more than just evidence is keeping Johnnie D here, but the old fashioned bigotry and laziness of a small town court and sheriff’s department that will do anything to keep their names from being dragged through the mud from a wrongful conviction. Seeking a retrial, the young lawyer is in for the fight of his career, as every step of the judiciary process is stymied by those in power, and the only hope this wrongfully convicted man has is a lawyer who doesn’t put the almighty dollar as his reason to fight, and refuses to give up.

The real story of Johnnie D and Bryan Stevenson is a compelling story, and one I remember hearing about some years ago when I was doing research for another wrongfully convicted man review I was doing. Bryan Stevenson has spent his entire life defending the death row inmates, trying to weed out the wrongfully convicted from the truly convicted and has released over 140 death row inmates in his life. I repeat, 140 inmates who were wrongfully put on death row. A truly scary amount when you wonder just how many people were innocent and no one knows the truth. The movie itself is solid and compelling as well, although it sometimes feels mired by some of the more “made for TV” melodrama. Director/Writer Destin Daniel Cretton can sometimes lay the drama on pretty thick and heavy, using some fairly obvious cliches and tropes to try and push the sympathy meter over to Johnnie D’s side. These tropes are nothing new in court room dramas, but the syrupy and complete black and white presentation of these tropes can be a bit cloying and off putting for those who see the obvious appeal to ad misericordiam.

I really wish that we had more backstory and character development for the main character himself. Jamie Foxx turns in a fantastic and powerful performance as the beleaguered and worn down death row inmate, but his story plays second fiddle to the investigation, and I think some more time spent with him would have been beneficial to attaching the audience onto his side instead of trying to completely demonize the opposition as the story does. Michael B. Jordan also turns in a near flawless performance as the green behind the ears lawyer with aspirations of greatness (that he sometimes achieves in the 2+ hour film, and sometimes fails at). It’s a good movie even though it has a few made for TV quirks about it that keeps it from being a truly excellent film.

Rated PG-13 for thematic content including some racial epithets.

Probably due to the lackluster box office results, Just Mercy is relegate to Blu-ray only and the 4K UHD release was canceled. A sad thing considering the film was given a native 4K transfer and the Blu-ray looks stunning, meaning we might have had a VERY excellent 4K UHD experience. Still, said 1080p Blu-ray is rock solid, with a slightly honey colored look to it to bring us back into the late 1980s. Clarity throughout is razor sharp, with only ONE single scene near the beginning (the night time shot of Johnnie D as he’s arrested and we get a fade to black) that shows any major issues (some black crush and noise). The fine detailing on the faces is jaw dropping, allowing us to see all of the pores and lines on Herbert’s face as he’s sent to his final end, or the little mustache hairs and shave mark’s on Johnnie D’s haggard countenance. Black levels (aside from the one mentioned scene) is fantastic and while the film IS given a bit of a wheat and honey color grading, it doesn’t detract from the excellence of the picture at all. 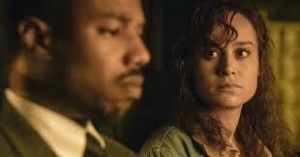 I was surprised that a dramatic court room film like Just Mercy was granted a full on Dolby Atmos track, but the mix is shockingly vibrant and nuanced. It’s not going to blow you away with massive over head helicopter scenes, or tons of heavy bass, but the film is peppered with all sorts of little nuances and background noises that truly encompass the listener. It has a light and airy sound to it that just cocoons the listening position with all sorts of little nooks and crannies of the film’s auditory nature, with clinks and clacks in the prison walls, chirping of birds form behind and above the listener, and just little ambient noises such as the creak and groan of a leather chair coming through with crystal clarity. There’s a few hefty bass scenes that lift the subs out of their slumber, but also plenty of soft and mild accompaniment to the score as well. It may not be an action track, but the Atmos mix is deft and agile, making he listening experience a true treat.

​
Just Mercy is a solid court room drama with a good message at it’s core. It’s a fairly down to earth presentation of a true life story that deserves to be told, and has some solid re-watch capability as well. It sadly didn’t do too hot at the box office last year, but the home video release is more than appealing with great video and a finely tuned Atmos track that actually surprised me more than I was expecting. Extras are a bit slim, but I highly recommend checking out Bryan Stevenson’s memoirs if you don’t get around to seeing the film, as it’s a fascinating read. Recommended for a watch.

Recommendation: Recommended For a Good Watch

My wife read Bryan Stevenson’s Just Mercy book and told me "you have to read this book". I'm about 3/4 of the way through it and I agree it's a fascinating read and an eye opener. Now she's pushing me to hurry up and finish so we can rent the movie. It's sad to see that there are so many injustices still occurring. I hope people take the time to watch the movie (and possibly read the book) to see our judicial system from a different point of view.