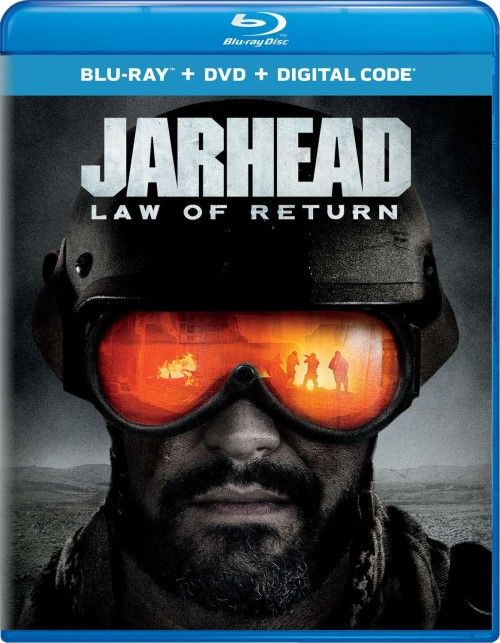 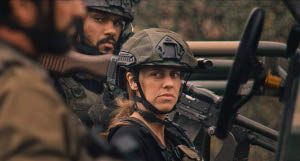 Movie
Universal is kind of the king of franchise milking, e.g. making sequels to popular movies that are sequels in name only, pumping out direct to video sequels like they’re going out of style. Series like the Tremors movies, The Marine sequels, and the Jarhead movies utilize their predecessors names, but really don’t have much to do with each other outside of general premises (such as the Jarhead franchise being about marines). 2005’s Jarhead wasn’t the greatest war movie of all time, but it was a moderate enough hit, and the bean counters at Universal decided nearly a decade later that this was a film worthy enough for them to stake mediocre (and some abysmal) sequels on. I personally HATED Jarhead 2 (it was a movie that I wouldn’t wish on my worst enemy), and kind of liked Jarhead 3, so I was fully expecting to doze off watching this one as well, but somehow came out pleasantly surprised. Don’t get me wrong, Jarhead: Law of Return (technically the 4th film in the franchise) is still a DTV movie, complete with a low budget and B grade actors, but it is actually a competently directed and acted movie.

Jarhead: Law of Return states the meaning of the title within the first 10 minutes of the movie, stating that it’s an Israeli law that allows non-Israeli Jews and gentile converts the world over the right to come back to Israel and gain citizenship. This is exemplified by Major Ronan Jackson (Devon Sawa), the son of a U.S. senator (played by Robert Patrick) who moved to Israel and gained Israeli citizenship for his wife (and now flies planes for them in the Israeli air force). After a routine assignment his plane is shot down with a SAM missile, and he’s subsequently captured by the Golani Defense Force.

Being that he’s the son of a U.S. Senator AND a Major in the Israeli Air Force, this is sure to cause quite the incident if news of his capture gets out, and both the United States and Israel are both scrabbling to get him back before he’s killed off (they cite 36 hours as the average time before a hostage is executed), thus they both team up for a joint operation with an Israeli special forces team AND the MARSOC (Marines special forces) group that is undergoing wargames with them at the moment.

Director Don Michael Paul keeps things simple and sweet here. There’s a temptation to get into huge amounts of political machinations, highlighting the tense relationships between Syria and Israel, as well as the strained relationships that they are sharing with the U.S. as of now. He kind of skirts the line a few times as he creates a backstory for Major Jackson, but misses that faux pas rather handily and sticks to the meat and potatoes of a decent military action film. Lots of guns, like of CGI blood splatter, and a good amount of soldier to soldier banter as they try and keep their spirits up while they go in harms way.

I fully expected Jarhead: Law of Return to be a total disaster, especially when you consider that sequels usually get WORSE as time goes on. Interestingly enough this entry is the best one since the original (before reading too much into it, it’s not at theatrical quality level and on par with the first, just the best of the DTV sequels), and I actually had a good time with it. The military smack talk is REALLY accurate as well (especially if you’ve ever been in the service) and the team’s camaraderie resonates well. While Major Ronan is kind of the subject of the movie, I was more moved by Marine Sgt. Flores (Amaury Nolasco, most notable for being the Spanish speaking marine in the first Transformers live action movie) and his story than anyone else. They did a great job of making him an actual hero, and the highlighting the sacrifices men like him make on a daily basis. His care for his 16 year old daughter is shown quite easily on his face, and by the end of the movie I was really seeing how he got back home instead of wondering if they were going to rescue Major Ronan.

Rated R for strong violence and language throughout, and some sexual content/nudity

This is your typical digitally shot movie (as are pretty much all non theatrical release nowadays, and most of the theatrical ones are turning that direction as well), with good details, a bland and dusty color scheme, and moderate to light artifacting. The most notable of the artifacting is the digital noise that crops up in low light shots (there’s a scene at the beginning where Sgt. Flores is talking directly into the camera that gets really noisy, but it’s usually only there for a brief second or two during the rest of the filim). Otherwise aliasing and banding is kept to near nonexistent levels, and the fine detailing on military uniforms and dusty desert locations is quite eye popping. The color scheme is graded very heavily to wards a desaturated and VERY earthy look, which gives the film a bit of a bland look overall, but is dotted with splashes of bright red blood and the occasional blue Israeli uniform. All in all, a very nice and clean looking Blu-ray.

The 5.1 DTS-HD MA track is probably the best selling point of the Blu-ray, and is a jam packed with tons of action and explosions to keep it hopping. The track is mixed a few Dbs hot to begin with, but once the movie movies from talking into a camera and dialog heavy intros, the surrounds and LFE are kicking on all 4 cylinders. Gunshots thunder with authority, while plane crashes and rumbling enemy cars roar up with raw power. Surrounds are vibrant with gun battles, screaming fighter planes and a bevy of mild ambient noises in the desert (such as crickets chirping). It’s another example of how you don’t need a multi hundred million dollar budget to create an excellent sound mix, and easily my favorite part of the disc.

Jarhead: Law of Return is a DTV movie for sure, but it plays at the upper end of that spectrum, delivering a perfectly serviceable military actioneer with some good fight scenes, lots of guns, and a reasonably well developed storyline (even if the basic premise is kind of trite). It’s not going to be a big theatrical drama, or a slow-motion infused action movie, but Don Michael Paul did well with the limited tools at his disposal. The Blu-ray’s video is more than good enough, and the audio mix is aggressive and butt kicking from the get go. No extras to speak of, but then again, this is not exactly the kind of movie you’re really begging to get nitty gritty with in terms of behind the scenes and features. Fun rental

Thanks for the review. I never had the chance to see any of the Jarheads. I remember the original has Jake Gyllenhaal. Always wanted to see it but never got around to it.

Asere said:
Thanks for the review. I never had the chance to see any of the Jarheads. I remember the original has Jake Gyllenhaal. Always wanted to see it but never got around to it.
Click to expand...

I watched the original Jarhead and liked it very much. I paid no attention therafter, hell, I didn't know there was an after! Now you've got me curious enough to look it up.
Thanks.
You must log in or register to reply here.
Share:
Facebook Twitter Reddit Pinterest Tumblr WhatsApp Email Link