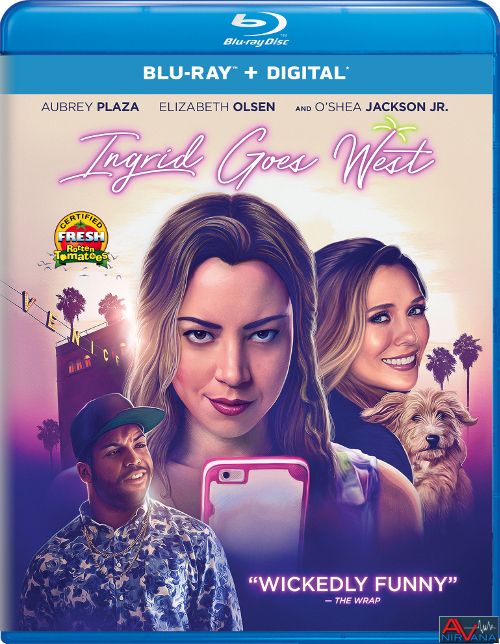 Movie
The upstart of social media over the last decade and a half has been a heavily criticized, but heavily popularized version of communication that really has a lot of both camps in its nature. On one hand the use of facebook, twitter, instagram etc., are all great ways to keep in touch with people. Businesses use it for marketing, everyday folks use it to get a hold of long lost friends, and then there’s the dark side. Humans seem to have become OBSESSED with social media to the extreme, and the millennial generation has grown up with it so ingrained in their culture that it’s hard to make the distinction of where social media stops, and real social behavior begins. As someone who is JUST on the edge of the Millennial age bracket, it’s fascinating to use the medium and watch its effects on various generational social groups. With older people it’s not nearly as prevalent, and the younger you the more ingrained liking posts, putting up hashtags, and the making more and more of your “friends” from that group of people. Ingrid Goes West is a BITING black comedy about the nature of the beast, and how it can not only take over your life, but create a false identity that even people close to you have a hard time seeing as false.

The film opens with a sobbing Ingrid (Aubrey Plaza) consoling herself at not being invited to her best friend’s wedding. However, turns out that Ingrid isn’t exactly the person you think she is. Her “best friend” was just someone that she stalked on social media and convinced her sick mind that she was friends with. Ending up in a mental hospital it comes to light that she recently had her mother die, and was left the entire estate, and while the poor girl gets OUT of the institution, there’s a lot more going on under the surface. Not able to form a single human connection like a normal person, Ingrid runs across a social media celebrity by the name of Taylor Sloane (Elizabeth Olsen) whom she immediately obsesses about like the nutty girl she is. Deciding to get closer to her new platonic crush, the disturbed girl takes out a stash of money from her bank, drives out west to L.A. and figures out a way to ingratiate herself into the life of her new found target.

Right away Ingrid goes crazy as a loon, stealing Taylor’s dog from the front yard to segue her way into becoming a hero. Taylor and her husband Ezra (yeah, he HAS to be an Ezra, played by Wyatt Russell) invite Ingrid into their home and soon enough the newcomer is swept into the high class world of Taylor and her quarter million Instagram followers. What’s amusing is that Taylor and Ezra are faaaaaaaaaaaaaaaaaaaaaaaaaaaar from being the perfect couple. The signs are right there in the open from the moment Ingrid wheedles her way into their life, but poor little Ingrid is so obsessed with her new found “friend” that she can’t see the forest for all the trees. Soon Ingrid herself starts becoming a bit of a celebrity as she gains followers just from BEING around Taylor, and Taylor’s perfect little house of lies becomes the most important thing in the young girl’s life.

To make matters even MORE interesting, Ingrid has to use a base of operations, and that comes in the form of her landlord Dan (O’Shea Jackson Jr.), an aspiring screenwriter who loves Batman a little bit more than the average person. Ingrid is probably the MOST human when she is around Dan, which ironically leaves her the most vulnerable around him as well. She uses and abuses him (some of which he rolls with, some of which he calls her on), but Ingrid is so obsessed with Taylor and her newfound Instagram world that the signs of real chemistry between her and Dan just glide ride over her head.

For those of you wondering about the “comedy” aspect of the black comedy, this is a VERY dark film. IN fact, if you take it as film that’s meant to have a happy ending with Ingrid learning something about her obsessive behavior, then you’re going to be sorely disappointed. The films humor comes from the extremely awkward and painful behavior shown throughout. Aubrey is incredibly well done as the sociopathic Ingrid, playing her as a blank slate that just mirrors everyone around her, while actually not showing much of a real person. Strangely the MOST real that she ever is, is when she’s around Dan and her guard slips for those few moments, showing off a personality that lurks underneath. Otherwise she is the embodiment of the Instagram/twitter world, completely absorbed in her own narcissistic world that revolves around running from one # to the next facebook like at a break neck speed. Olsen is twisted and shockingly familiar to many an “online” star that you’ve all seen. Her sense of fakeness is so incredibly obvious, behind the camera, but in FRONT of her own selfie snapping lens, she is a golden goddess who seems free as a bird. Dan is the grounding rod of the film, showing a personality that is real (although obsessed with Batman almost as much as Ingrid is obsessed with Taylor), but is almost as fake as she is. Except his fakeness comes from the blindness that comes from loving someone who is obviously more twisted and lost than he is. Missing all of the signs and going ahead into the darkness with the rest of the sheep.

The film is a biting take on social media culture, and the importance that we, as a society, put on the being "liked" by people we don't even know or really care about. Like most satire, it's extreme and almost out of the ordinary, but there is an undercurrent of uncomfortable realization that we can see parts of our own society in the messed up world of Ingrid and Taylor. Little things that we have done seem absurd in the movie, but also hit a little too close to home as well. The dark narcissism is uncomfortable and hilarious at the same time, especially when that narcissism is tied in with our own actions and the discomfort rises to near unbearable levels. It may not be "lol" funny, but Ingrid Goes West is darkly comedic look at our obsession with a fake world that has taken on a life of its own in today's tech driven culture.

Rated R for language throughout, drug use, some sexual content and disturbing behavior

Ingrid Goes West was shot using the Arri Alexa Mini digital camera system, and MOSTLY likely mastered in 2K according to what limited sources of information I could find. The Film seems to mimic the look of the cover art, with a slightly dream picture style that infuses a California sun kissed ambiance to it. The fine details are usually exceptional, with Plaza and Olsen dancing off to crazy locals with brightly lit shots, contrasted with a few darker scenes that show off some digital noise and less than perfect blacks. There’s a lightly golden hue to skin tones, but balanced with a colorful pink tone that gives everything a rosy shine to it. Colors are light and almost pale in comparison due to the shiny sun drenched shooting style, with the indoor sequences with O’Shea Jackson Jr. being more neutral and clean.

The single 5.1 DTS-HD MA track on the disc is excellent from start to finish, and adheres very cleanly to the “dramatic comedy” role wherein the films biggest “base” comes from a very front heavy, dialog driven experienced intermingled with some musical numbers to fill out the back end. Said dialog is crisp and clean, locked straight up front and showing no flaws that I can find. The front sound stage takes up a majority of the ambient noises, although some dancing at a club while screaming “shots! Shots! Shots!” brings out the surrounds a bit, and the LFE accentuates those boisterous moments (such as the truck crash a few minutes later). Otherwise it’s a fairly laid back and mellow track that deals mainly in spoken word for its impact.

From a couple of reviews that I read a few months back, I was really expecting to hate Ingrid Goes West, as it seemed a little too out there for my tastes. However, movies speak to people in different ways and I ended up loving the painful and excruciating social satire that ribbons its way throughout the 98 minute film. Aubrey Plaza’s “blank slate” approach to her character gives the film an authentically creepy and sad vibe that plays nicely with the few moments of mirrored emotion that crop there way up here and there. Olsen is magnificent as the facade of Taylor and O’Shea Jackson Jr. really left me impressed with his acting skills. The film may not be for EVERYONE due to be a VERY black comedy that blends in social media satire to create a darkly uncomfortable film, but that is exactly what makes it so good at the same time. Audio and video are spot on for a modern drama/comedy, and while the extras are slim, the commentary is definitely worth checking out. Recommended for a watch.