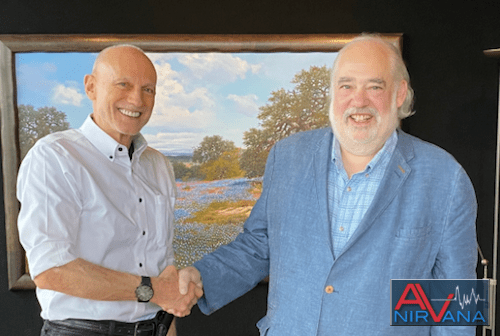 (January 3, 2020) GoldenEar Technology has been an industry leader in performance and design for nearly ten years. Founded by Sandy Gross, Don Givogue, and Bob Johnston, the brand has relentlessly pursued leadership in the speaker market’s high-end segment, giving enthusiasts access to astounding levels of performance at rather reasonable price points. That leadership has forged an incredible distribution network across North America and an international presence in 35 countries.

In a recent leader to dealers and distributors, GoldenEar’s president, Sandy Gross, outlined a new chapter for the brand’s existence.

“When Don approached me several years ago to let me know that he wanted to retire, he tasked me with the challenge of finding the right business partner with which to join GoldenEar—one who understands who we are, what we do, and how we do it,” said Gross. “The choice was clear: I have known Bill Low for almost 50 years, dating back to my first trip around the country to set up Polk distribution. Back then, Bill had a small high-end audio store in Portland, Oregon, and, as two fanatical audiophiles, we immediately hit it off and have been friends ever since. So, I enthusiastically approached Bill with the concept of bringing GoldenEar into The Quest Group, joining AudioQuest, and here we are today announcing that combination.”

The Quest Group, best known for its AudioQuest brand of cables, Niagara power products, and DragonFly DACs, possesses massive distribution capabilities in Europe and Asia. Those capabilities include “full warehousing and a growing sales-support structure,” both of which should further GoldenEar’s international presence.

GoldenEar, as we know it, will largely stay intact. Sandy Gross will remain a creative force behind the brand’s speakers, and GoldenEar’s hard-charging sales team will continue to guide the company in that department. Additionally, the brand’s engineering team should realize a boost from the recent hire of engineering expert Benjamin Seaman.

According to Gross, GoldenEar won’t necessarily see its distribution channels mirror that of AudioQuest, allowing the brand to continue to pursue appropriately scaled pathways to market.

Exciting times lie for GoldenEar and its devoted base of audio loving enthusiasts. Stay tuned for the company’s next great creation!
Last edited: Jan 8, 2020

Preamp, Processor or Receiver
Marantz 8802A,

Wow! I just hope that they maintain the same quality in their products.

Zero concern about that... Sandy Gross is still driving the ship. No way he lets it go in the wrong direction.
G

I'm not sure about that. He already abandoned two ships before (or forced out, doesn't matter). Might end up same way.