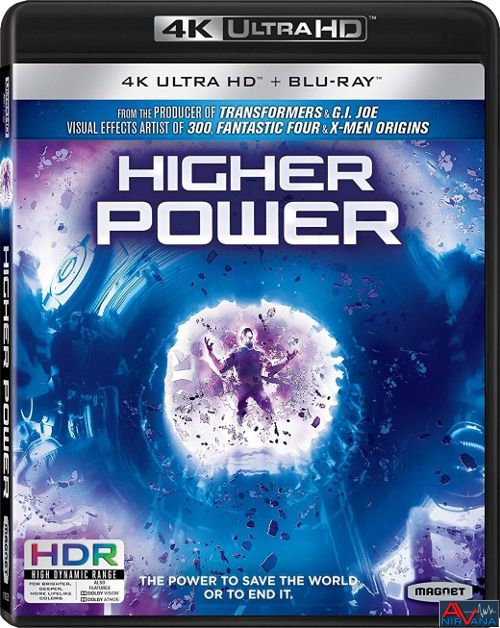 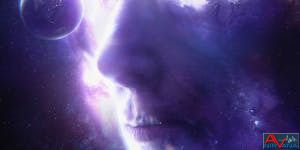 Movie
Higher Power is the brainchild of Matthew Santoro, who also makes his feature film debut as both writer and director, as well as co-editor of the film. Santoro is most notably known in the film industry for his work on special effects, having worked on films like the X-Men series, as well as The Incredible Hulk, Fantastic Four: Rise of the Silver Surfer and many others. Up until now he’s stayed behind the scenes as an VFX guy, but he has taken on the mantle of creating a unique “superhero” in Higher Power. His VFX background is one full display with the indie movie (reportedly made for less than $1 million), as he uses his skills to fully eek out every last bit of quality he can from the visuals, but unfortunately his movie is a mess. One that induces headaches from the shaky camera works, as well as a weak script that (while it had great potential) doesn’t have the legs to keep it from stumbling into obscurity prematurely.

The film revolves around two main characters, one of whom is the “hero” and the other the “villain”. Our villain is your typical mad scientist, intent on finishing an experimental project that was shut down due to being deemed unsafe by people with a higher pay grade. This man (dubbed “Unknown” in the credits, and played by famed actor Colm Feore), was kicked out of the government defense project due to his insane ideas, but has been given new opportunities by a mysterious benefactor who appears to Unknown as a digitally created avatar (It’s pretty obvious who this benefactor is within the first 10 minutes if you’re paying attention). What he needs to finish his “project” is a test subject, and Unknown has his eye on a likely prospect.

This prospect ends up being a broken father named Joe Steadman (Ron Eldard), who is a recovering addict with anger problems who has let his entire family dissolve into disarray after his wife dies of cancer. His daughters both hate him, and one of them is a drug addicted wreck who is intent on killing herself prematurely. Joe himself is going to therapy, but he’s just making ends meet by working as a security guard and hoping one day to mend the broken fences between himself and his 2 daughters. This all gets derailed when Unknown kidnaps Joe and implants some hi tech devices in his head. Using his daughters as leverage, the mad scientist manipulates the father into completing his work. Work that will alter not only Joe, but the entire fabric of the world forever.

While Higher Power is a bit of a jumbled mess of a film, it certainly has some interesting ideas floating around. Unknown is in the business of creating a super hero for earth’s safety (there’s a few minute blip at the beginning of the film warning about a radiation wave headed towards earth), and it’s interesting to watch him CREATE one involuntarily. Joe is a test subject, but he is also chosen for more than genetic traits. His pain and weaknesses are his family, and Unknown is able to exploit those weaknesses of Joe in order to get him to do what he wants, and BECOME what he wants. Also, Matthew Santoro has done a fantastic job at making a film for $1 million and having it be rather VFX intensive as well. He eeks every last bit of visual quality out of the VFX he can, borrowing from his extensive history as a special effects artist to make it look more expensive than it does.

Besides those positives, there’s not much good to say about the film. The script is a jumbled mess, and the camera work is even worse. The entire thing is one nausea induced shaky camera ride, with twisting and turning and first person views making what little sense the plot has even less understandable. Santoro seems to have completely ignored character development and plot, instead relying on digital manipulation and special effects (it IS his background in all fairness), filling the film with Joe’s emerging powers, as well as a “found footage” style of film making where we (and Unknown) are viewing Joe through video feeds and unidentifiable cameras strewn around the city. There’s a few rare occurrences where we see a normal style of shooting, but those are fleeting glimpses of Joe’s prior life, back when he was happy.

Rated R for violence and language

Pretty much every single frame of Higher Power has been HEAVILY graded to give it a very unique look. The movie was shot on a variety of digital cameras with varying resolutions, and then graded post filming to be heavily desaturated and monochromatic, with splashes of purple (the most prevalent color in the drab video cam fueled world) coming through to augment the look. There’s varying degrees of distortion, feedback and warping of the image when viewed through different video sources, and while it is intentional, it also doesn’t exactly look like eye candy either. I’m not sure why Magnolia chose this film as their second 4K UHD disc (right behind Marrowbone, which looked awesome), as the film itself on Blu-ray doesn’t looks that great (again, intentionally by the way it was filmed and color graded) and transposing that to 4K UHD really shows no appreciable gains. Even with the HDR (which does boost those purple flashes from Joe’s super powers) there isn’t THAT much improvement. Except for a little better saturation on the purples, the blacks, details, and textures show no discernible improvement. In fact, I was actually comparing both discs side by side and you can’t tell a difference. Once again, I understand the reason for this is due to the heavily stylistic choices by Santoro, but the 4K is no improvement over the 1080p Blu-ray.

Utilizing the same Dolby Atmos track that was found on the Blu-ray as well, Magnolia Pictures has given us a decent audio encode for the film. The track gets most of it’s points by being LOUD and aggressive, filling the room with deep waves of LFE and shaking every stud in the house. The Atmos ability of the track is fairly limited, making it a 7.1 track for the most part, but interjecting some neat auditory shifts such as when Unknown’s voice echoes in Joe’s head, or when Joe is using his newfound powers to fly around the city and help bring down a plane. Other than that, it’s a fairly straight forward mix, with solid vocals and decent surround usage.

Higher Power has some fairly unique concepts about super heroes, and the two main actors do a good job with the limited tools available to them. I wanted to like it from the trailer, but Santoro’s obsession with VFX over storytelling severely hampered the story from developing into anything interesting. Magnolia does a good job with the video and audio encodes, but the highly stylized nature of the film made the upgrade form 1080p Blu-ray to 4K UHD pretty much a moot issue. Personally, it pains me to do this, but I would just skip the film entirely.