Help with flattening the whole SPL spectrum in two steps

May I get some advice here?

I have tried to flatten the SPL response of my room over the whole spectrum.
My strategy has been: using MSO to handle the lower part of the spectrum and then using REW EQ filters for the rest.
For the low end, I optimize with MSO until 300 Hz and I implement the result biquads in my miniDSP 2x4HD. It works great.*
For the rest of the spectrum, I average several measurements (with some weights) and calculate the EQ in REW over a few limited ranges which I then combine by merging the wav filter input responses of each range to cover the spectrum from 200 Hz to 20 kHz. I then put these into a convolution device to flatten the curve above 200 - 300 Hz.

This process works for the left speaker. But for the right speaker...

...Independently I am able to flatten the SPL curve with a good degree of satisfaction but the issue arise when I try to combine the two techniques. See images below.

Turquoise curve shows the effect of the correction in the low end compare to unprocessed (blue curve).


For MSO to work reliably I have to mono the signal up to 300 Hz.
To make a 'crossover' between the two techniques I make 3 channels in my DAW: one for mono below 250 Hz, one for the Left channel and one for the Right channel above 250 Hz.
I put a low-pass filter on the mono channel with cutoff at 250 Hz and high-pass filters on the L and R channels at the same cutoff and the same slope as the mono low-pass. This is my DIY Xover.
After the high-pass I have the convolution devices or L and R.

The audio goes first thru the convolution then out of the DAW to the miniDSP.

The Xover in the DAW has a marked impact if one looks at the group delay: 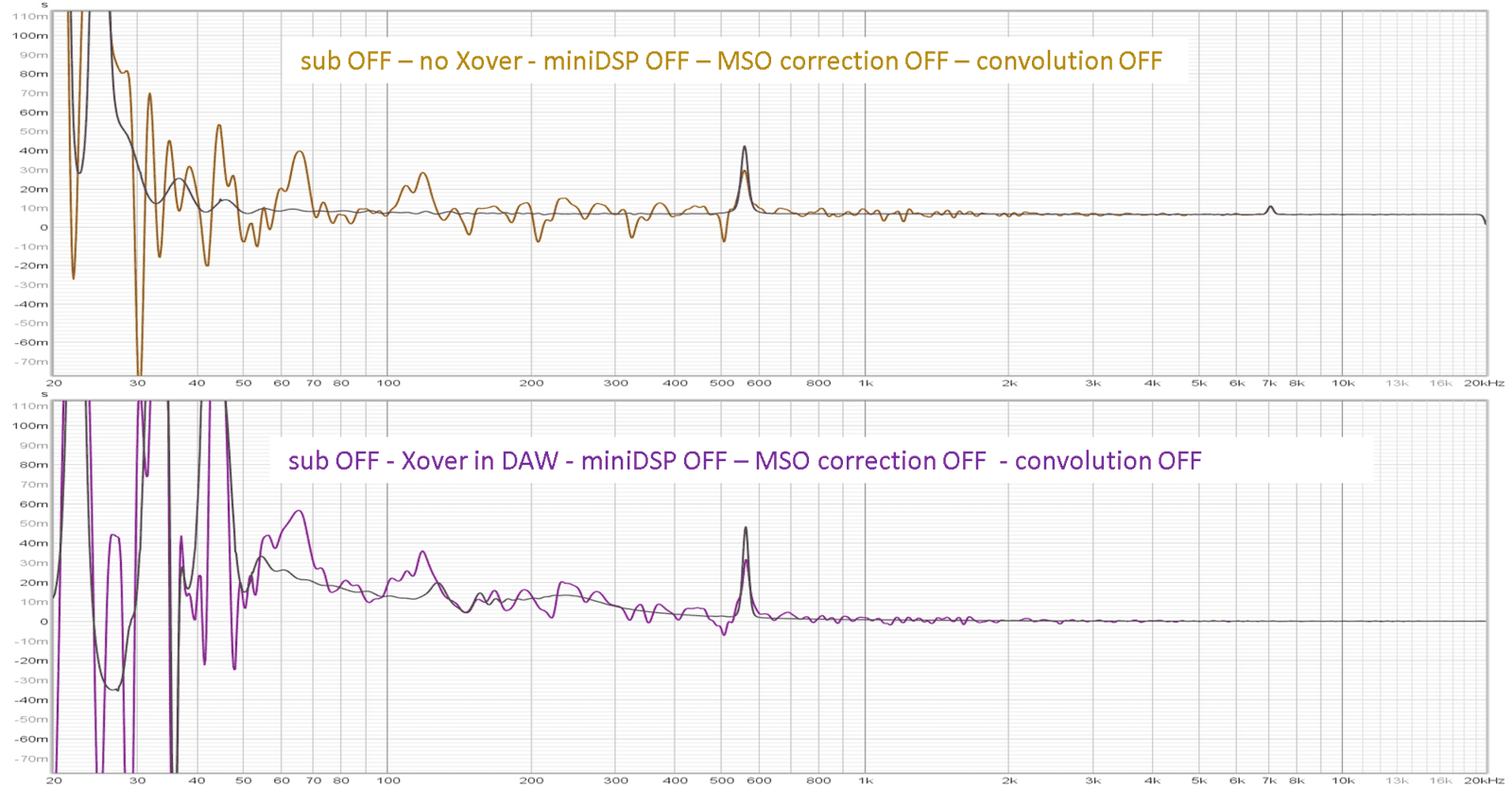 I tried to delay the mono channel by some (fractions of) ms but no value I could try improved drastically.

What is going on here? Is there a phase issue cause by one of the processing and degrading the other one? Is there a way to alleviate it?


Many thanks for any help.


* I moved a few panels around in the hope that it'd help but still used the old MSO biquads for this research, hence the not-so-flat curve in the bass. Once I know what's wrong I'll start fresh again.
** Yes there is a c.a. 2 dB jump between the low end and the rest of the ideally flattened spectrum, which I can correct easily in my DAW. 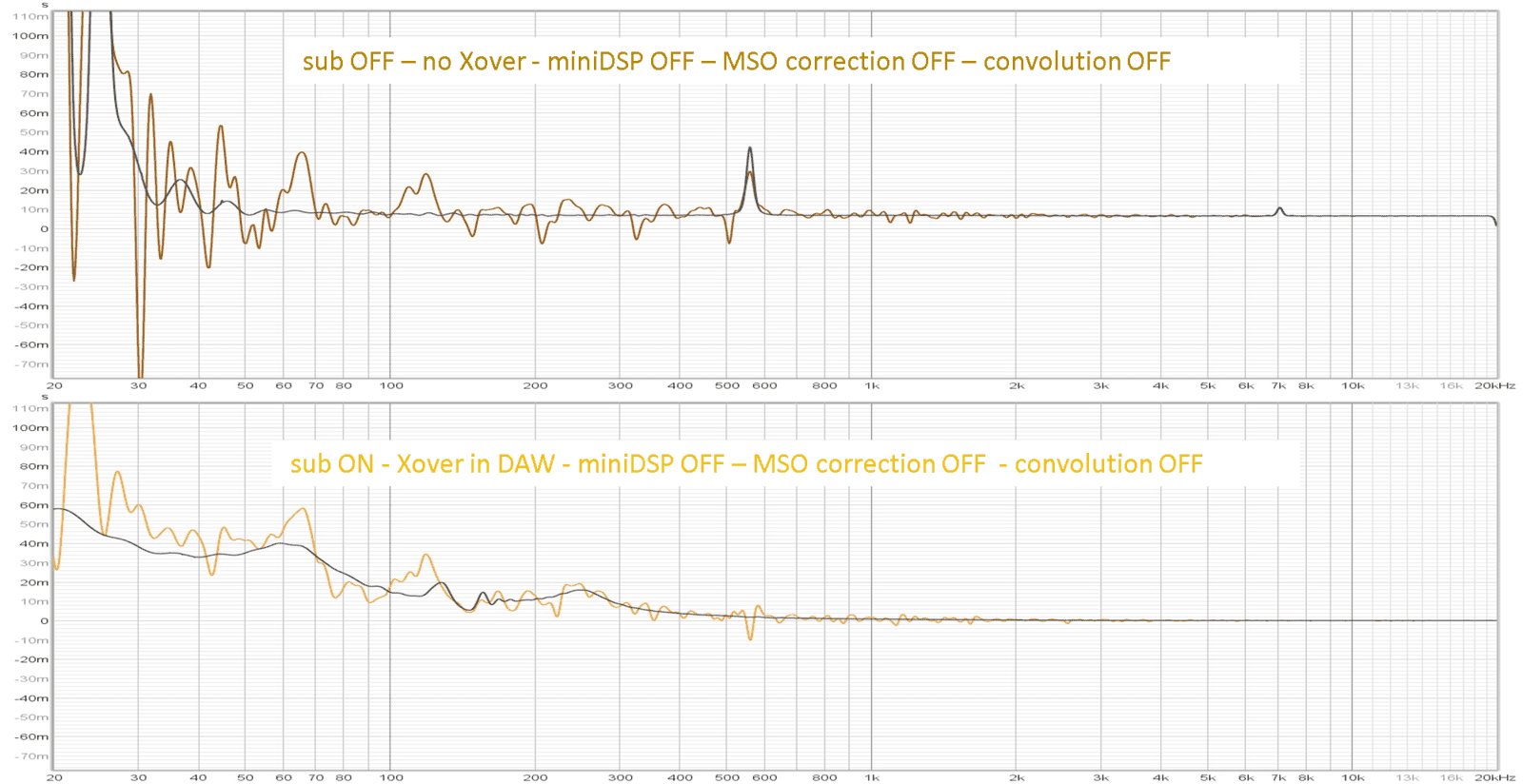