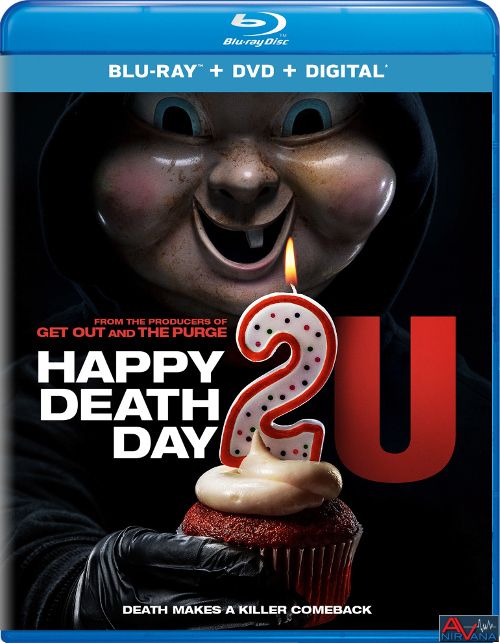 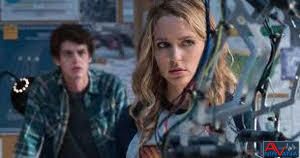 Movie
Oh boy. I have to admit this rather guiltily, but I’ve really been looking forward to Happy Death Day 2U. 2017’s Happy Death Day was the epitome of a guilty pleasure. A trashy piece of horror/comedy garbage that was objectively bad, but so full of guilty fun that I had an absolute blast with it. The mix of Mean Girls meets Groundhog Day in a horror setting was hilariously good/bad/awful/fun and the sheer amount of enthusiasm that went into the looping horror movie was intoxicating. 2 years later and we get the sequel, a movie that I’ve been intrigued about, but nervous about at the same time. The thing is, Happy Death Day really worked BECAUSE you didn’t see what was coming in the film. The Groundhog Day type nature of the film’s narrative unfolding lent itself to a “once and done” setting, so I was sincerely afraid that the sequel was just going to put the same time loop onto a different person (ala most sequels), or just have Tree (Jessica Rothe) go through the SAME cycle again, and figure out who the NEW killer was. Funny thing is, I think director Christopher Landen came to that same conclusion. He knew he couldn’t do the same thing over and over again, so he went out of his way to pay homage to the traditions of repetition, while throwing something completely new and (definitely not) inventive into the mixture to shake things up. The end result is a film that’s not AS fun or exciting as the original, but has moments of true fun blended in with the traps and tropes of horror sequels to make a generally fun watch. Just like the first movie, this is a hybrid rating. I objectively would have had to give this a 2/5 rating for the story, but the amount of goofy fun had with the movie is almost a solid 4/5. Thus the 3/5 rating for my final score.

Sorry, there are going to be some spoilers for Happy Death Day in this mix as it’s impossible to review Happy Death Day 2U without some. The film starts the very next day after the events that culminated in Happy Death Day. This time something seems to by happening to Carter’s (Israel Broussard) bumbling roommate Ryan Phan (Phi Vu). Stumbling into his college dorm (running in on Tree and Carter as usual) he states that he’s been having deja vu. Yup, you guessed it. It’s the day after Tree’s horrific adventure of running from a killer while having her day reset to the same Monday the 18th, and now it’s happening to Ryan. Thinking that the loop has not been STOPPED, but rather just shifted on to Ryan, Tree and Carter vow to help Ryan in order to help him break the endless looping dying and reliving the same day like Tree did. The only thing is, Tree’s day of terror may not have been some cosmic accident like she thought. It seems that Ryan is working on a science project (that he of course activated on the 18th) that would slow time for an atomic particle, which may have actually caused both HER looping as well as Ryan’s new loop. 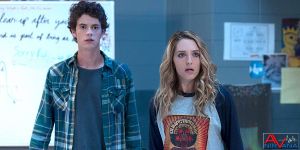 To make matters more interesting, a future version of Ryan comes back to stop the loop, only for present Ryan to activate the machine in order to correct things (yeahhhhhhh, we all know this isn’t going to end well), shooting Tree back in time to the 18th once more, so that she can relive that day over and over again! However, this should be easy, right? Tree has already figured out who the killer was, and why she was looping, so all she has to do is just fix everything before it gets bad? Well, it’s not that easy as the whole “shooting her back in time” scenario did oh so much more. It actually shot Tree back in time AND into a parallel dimension. A dimension that is similar to hers, but not EXACTLY the same. Things have turned out differently with her roommate Lori (Ruby Modine, daughter of Matthew Modine) NOT being the killer, AND her mother still alive in this alternate reality. Now Tree has to figure out who the killer is in this reality, whether she wants to say in this version or not, and hopefully how to set the timeline right so no more loops occur.

In many ways Happy Death Day 2U IS a redo of the first, but it’s filled with so much time travel mumbo jumbo and twists and turns as to be enough difference to make it on it’s own. Well, as a movie that is. Narrative the movie can’t survive without the first film as everyone (including writers and directors) are back, and the events that unfold here are heavily influenced by the story of the first movie. Even the jokes and winks at the camera are throwbacks to Happy Death Day. The reality of the situation is that Director Christopher Landen does a good job of keeping things fresh at times, but also muddles up the simplicity of the first film with a ton of time travel mumbo jumbo. Suddenly it’s not a Groundhod Day slasher, but a sci-fi film that uses the tropes of the first movie to survive. These elements are a frustration at times, and act as the biggest weakness to the film.

The GOOD parts of the film do outweigh the bad though (or I should say FUN parts of the film, as this and it’s predecessor can’t be labeled “good” by any stretch of the imagination). Jessica Rothe owns Tree as the previously snotty princess who’s reformed, and Carter is that bumbling sweet guy again. Ryan seems to be the main character at first, but the powers that be kind of fake you out with that one, and Tree once again takes over the camera time. The story works similarly to the first, but it’s changed up with some humor (sometimes a bit TOO MUCH humor) and once again the pleasure derived from this sequel is going to be very guilty in nature.

Unlike my efforts in reviewing Happy Death Day, it looks like I was able to find out what cameras were used in making the sequel (and most likely Happy Death Day as well). Shot on Arri Alexa mini digital cameras, Happy Death Day 2U looks nearly identical to its predecessor. That means it’s not a movie that screams “bright and shiny!”, and has a sort of soft and subdued color grading going on. Colors lean towards the blue end of the spectrum, with a sort of over exposed look in the daylight sequences. Those daylight sequences seem to be intentionally soft and hazy, giving us an almost dream like look to said sequences. The rest of the film is bathed in blue darkness, as Tree goes to the hospital at night, and ends up killing herself over and over before the night ends. It’s a solid effort, with good details all around, but one that seems to have been heavily graded towards that dream like look. Black levels are strong and very few artifacts find its way into the 2.39:1 framed encode.

The 5.1 DTS-HD MA audio mix is the highlight of the film , adding in that tension and excitement that horror films crave to stay alive. Dialog is strong and present in the front channel at all times, while the surrounds are filled with all sorts of ambient noises ranging from the hustle and bustle of campus, the sparking and creaking and moaning of the dilapidated hospital wing under construction. The score plays a hefty amount of play in making this a great track, with good sonic dispersion from all angles, and the LFE is more than good. it’s a great track and one that’s far better than the movie technically deserves, but I’m happy to see such an excellent inclusion.

​
Is Happy Death Day 2U a good horror movie? Again, I give you the same BWHAHAHHAAHAHA!!! that I gave that question in my review of the first movie. This is not a great movie, but it’s a fun movie that anchors itself firmly to the guilty entertainment of Happy Death Day. It’s a step down from the first movie, but very few sequels can keep up the momentum of the first strike, and some of the freshness is gone from the blending of Groundhog Day and Mean Girls together. However, if you enjoyed the first film, this one should still be entertaining enough and do the job of that nasty “horror twinkie” role that it’s destined to be. The audio and video are very solid, and the extras are pretty similar to the previous film’s Blu-ray release. Thumbs up as a guilty pleasure.

Thank you for the review. I stopped when you mentioned there will some spoilers but shall continue after I watch it. I will be renting this one for sure but before I do that I may just revisit the first one to refresh my brain and maybe enjoy this one too.
You must log in or register to reply here.
Share:
Facebook Twitter Reddit Pinterest Tumblr WhatsApp Email Share Link