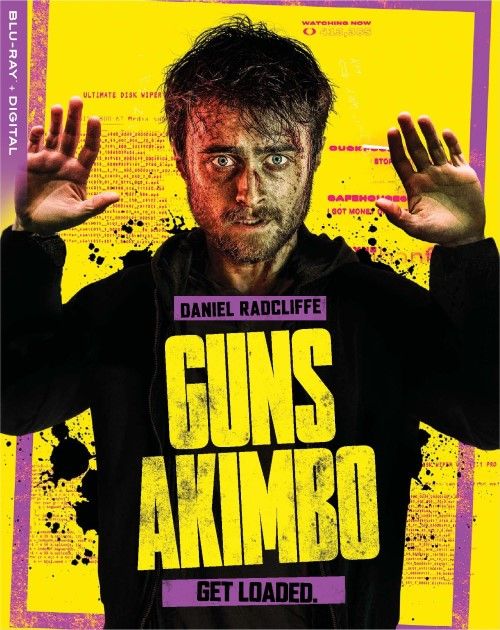 Movie
I’m actually a fan of Daniel Radcliffe in his adult career as an actor. Outside of the INSANE stardom of Harry Potter, the man has a staggeringly diverse set of roles under his belt. While he never needs to work a day in his life if he wants to (he supposedly made about $96 million from the Harry Potter movies, and has actually not spent a penny of it, but rather kept it in reserve, instead living off of the earnings from his stage plays and other acting gigs), Daniel Radcliffe has been adamant about choosing roles that stretch him as an actor, or at least give the audience something different. He’s done work in some fantastic Broadway productions, starred in a romantic comedy (What If), was a near demonic being (Horns), been Frankenstein himself, and a dead figment of castaway’s imagination (Swiss Army Man). While his roles haven’t been massive and A list worthy in the slightest (outside of maybe Victor Frankenstein), Radcliffe has accumulated a rather large repertoire of films, and a rather unique reputation in the indie community for giving his all to the role.

Now, onto his latest project which is drastically different than anything he’s ever done before. Guns Akimbo is akin to a mixture of Arnold’s The Running Man mixed with Scott Pilgrim vs. the World (if it was super gonzo violent) and a smattering of Death Race 2000 in a comic booky genre mashup that is going to most likely be a love it or hate it film depending on your sensibilities. It’s super violent (in a comic book sort of way), tries to make social commentary about the troll phenomenon, our addiction to violence and social media (something which has been a commentary for decades actually, it’s just evolved), and good old fashioned cheesy one liners and a weak payoff.


Miles (Daniel Radcliffe) is a mild mannered vegetarian code monkey who reeks of failure. He’s in a stalled dead end job, pushed around by his boss, and his love life is pretty stagnant. His only source of pleasure is trolling the world of youtube and other social media platforms, in a sense “trolling the trolls” if you know what I mean. However, he makes a mistake when he starts trolling an online “game” called Skizm in his spare time and soon ends up regretting it. You see, the world has gotten a little desensitized to video games, and has moved on from digital violence to real life violence. Skizm is sort of an underground version of the Running Man (good classic Arnie stock) and Death Race 2000, as two duelists are given weapons and told to kill each other for money while countless people watch online (ala the movie Nerve with Dave Franco and Emma Roberts) and cheer them on.

Miles, the tech nerd that he was withstanding, made a critical error. When he started trolling the Skizm website he didn’t think of using a proxy server, or masking his IP in any way, which left his identity open to the head of Skizm (a wonderfully charming fella named Riktor, played by Ned Dennehy) who kidnaps Miles, surgically grafts a pair of modified 50 round 1911’s to his hands, and puts him in the ring against Nix (Samara Weaving), the most deadly Skizm player ever, as a punishment. Now the mild mannered vegetarian has to learn how to survive in the dog eat dog game and make it out alive, or at least save his ex girlfriend Nova (Natasha Liu Bordizzo) from being leveraged against him by Riktor.

Guns Akimbo isn’t a bad concept, and the gonzo gore and comic book style violence is actually kind of appealing to me. I had a certain amount of fun with the bizarre film, but it just doesn’t seem to stick the landings. Most of the jokes don’t live up to the classic nature of The Running Man, while the social commentary feels hollow and regurgitated from a dozen different film. The only real redeeming parts of the movie’s structure is the sheer ludicrous action that is kind of fun to watch. Sure, it’s predictable in nature, but the constant comic book hyper violence and insanity of Nix vs. Miles is more than fun. The problem is that the film can’t seem to tie everything together in a unique sort of bow. It’s rather stale and every beat has played to death in other movies. Characters are introduced and killed off quickly, the ending “twist” of having to team up to kill Rikto is seen a mile away, and I felt that Nix’s backstory had potential, but was dropping in favor of using her as the typical “don’t let me die in vain!” character as Miles goes on to become a super killer (even though he’s never even touched a gun before this day).

Being that Lionsgate provided me with ad digital screening copy to review, I will refrain on giving a technical audio and video score due to the subjective nature of analyzing something that is dependent on your own personal bandwidth

Same as the video, I will abstain from giving an analysis of the audio due to the streaming nature of the source 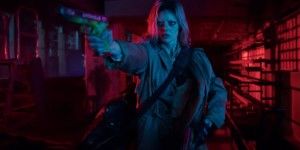 For all of it’s insanity and stylish trappings Guns Akimbo is surprisingly bland and uninspired. I liked Daniel Radcliffe in the early portions of the film, but he’s really never given any room to shine in the script. He’s got a few quips, and his narration is rather humorous (although his American accent made it so I almost didn’t realize it was him speaking at first), but most of the crazy zaniness that he’s known for in his indie films is scrubbed clean and given to Samara Weaving’s Nix. It’s a curious action movie to be sure, and while I wanted to like it more than I did, just ended up mildly enjoying it. At the end of the day, I’d put this one into my rental category if you like the trailer.