Gundala: Rise of a Hero 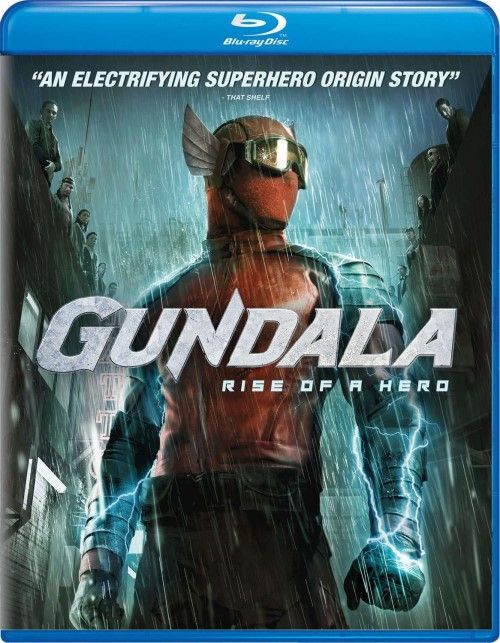 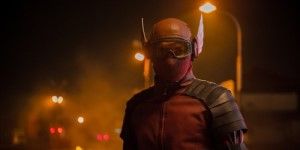 Movie
One of the downsides of growing up in America is the occasional realization that our little world is not the only one out there. Growing up with comic books from a very young age, and collecting books, memorabilia and movies for the better part of 30 years, I am very rarely caught “out of the loop” in terms of comic stories. However, I was most certainly caught with my pants down when I watched the 2019 Indonesian super hero film, Gundala for the first time. It turn out that Indonesia has a THRIVING comic book community, and not only eats up the traditional Captain America, Thor and Batman comics, but has their own comic lines and characters for over 60 years. In fact, they have full on comicons and have a long history of successful comic series that (in their respective regions) are wildly appreciated.

Most of the time when I think of Indonesian films my brain goes to their rapid rise among martial arts action movies over the last 10-15 years. Iko Uwai became their version of Jackie Chan or Bruce Lee, catapulting the small country into the same category as Hong Kong, Japan and Korea with the introduction of their own martial arts style called Silat. Films like The Raid, The Raid 2: Redemption, Merantau and several others pretty much knocked the socks off of action films, and fans have begged for me. Silat has become another mainstream art, as it’s been shown in John Wick 3 and Iko Uwai has gotten into some rather popular television series as well. That being said, I never expected their comic book world to be so diverse and deeply intrinsic in Indonesian culture. I mean, I reviewed the Indonesian super hero film Valentine: The Dark Avenger a little over a year ago, but that film was VERY low budget, and felt more like a passion project rather than an attempt to make a blockbuster super hero film for the nation. Then came Gundala. I had seen some rumblings about it in 2019, but I didn’t really pay it much heed until I saw the press release from Well Go USA. Still, I wasn’t exactly prepared for feeling like a fish out of water and needed to do some research on the characters before watching the film a second time.

Gundala is a typical origins story for a superhero (the character has been around since 1969, and even had an Indonesian film made about him in 1981), and follows a bit of the classic Batman mode of creation. Sancaka (Abimana Aryasaya) is an orphan who has grown up without his parents. His father was killed working to get better pay for the day workers at a factory, and his mother abandoned him a year later. The boy was forced to grow up on the streets of Jakarta, fending for himself and never sticking his nose into things that didn’t bother him. However, one day he decides to stand up when a beautiful neighbor named Wulan (Tara Baslo) and her young brother Teddy are being assaulted by local thugs. Soon he’s drawn into a world of intrigue and manipulation. One where the young man finds out that his strange affinity for attracting lightning will be his greatest strength, and one where he must battle a crazed mafia lord who wants to bring down the entire country and recreate it in his image.

By modern Hollywood standards Gundala is terribly clunky and low budget. But after having watched Indonesian action films and Valentine: The Dark Avenger, it’s very obvious that the Indonesians put a LOT more effort into this one. In fact, the movie looks more mainstream than any of their last few films that I’ve had the pleasure to see (If you don’t see any other Indonesian films, I still highly recommend The Raid and The Raid 2: Redemption as those are INCREDIBLE action extravaganzas), and I was actually really getting into it. The Silat martial arts is always fun, but you can tell that the choreography suffered a bit because they didn’t have some of the true greats like Iko Uwais, Joe Taslim or Yayan Ruhian there to amp it up. Still, the costumes worked for an origins story (at the end you see a modern adaptation of the classic suit) and the story was well played.

One thing that immediately stuck out to me was that I was honestly not prepared for a lot of the fan service that veterans of Indonesian comics would be privy to. Names were dropped and faces were hinted at that I wasn’t familiar with, but were VERY obviously meant to replicate things like Thanos showing up at the end of the first Avengers movie, or Wonder Woman dropping in for Batman Vs. Superman. In fact, I had to go read up on the various background characters of the Gundala universe and realized that there were some HUGE drops in the movie that I just didn’t catch. Villains were hinted at that would come later, and the end credits scene brings in one of the biggest female superheros (which will actually be filming her own solo movie later this year over there) in that universe (I was also not surprised to realize that Wulan would become a recurring hero in that universe as well). Watching it a second time with that background info in hand made for a much more enjoyable watch, as I was able to see groundwork being laid for future films, and references for upcoming villains and heroes that we will get to see later as well.

And we very well may actually see those characters too, as this is not just a case of wishful producers and directors hoping they can get a second film made. Gundala is actually the start of what is known as the Bumilangit Cinematic Universe, which attempts to bring back thousands of Indonesia’s classic comic characters and replicate the success of the MCU over in Indonesia. In fact, the BCU (for short) has a lot of funding behind it and the 2nd film about the mysterious female hero (watch the end credits) is slated for filming this year and more than 8 films are already being pre-produced casting in what seems like a wildly ambitious (and hopefully successful) venture of the country’s superhero fans.

I can’t be certain what cameras were used for the shoot, but Gundala appears to be very obviously done on digital cameras (most like RED or Arri Alexa judging by the quality) and I have not confirmation on the master resolution as well, but the Blu-ray from Well Go USA is actually REALLY impressive. The higher budget visuals make for a very glossy and pleasing production, with tons of fine detail abounding across the costumes and city of Jarkarta, and a heavy yellow and blue color grading (typical for Asian films) coating the whole thing. There’s some banding in the night time shots (looking at headlights straight on, or the fight scene at the railroad tracks being the most obvious), but overall this is a very impressive encode. Blacks are inky, details are abundant, and artifacts are kept to a minimum, including the banding (which only flickers up a few times in any noticeable way).

The film comes with both an Indonesian and English 5.1 DTS-HD MA track, but I am going to HIGHLY recommend going with the Indonesian native track on this one. While the sound effects are and sonic levels are mainly the same, the dubbing on the English track is so hilariously bad that it’s like watching one of those 1960s Shaw Brothers films on broadcast TV. Voices are mismatched and comically different than the subtitles, and the voice actors do one of the worst jobs I’ve ever heard. That being said, the original Indonesian track is excellent, with good vocals and amazing surround usage during the battles. The sweeping and charismatic score swells and pulsates all around, incorporating heavy bass and impressive dynamic range throughout. It’s a great mix and goes to show that you don’t have to have a $150 million budget to make a good sound mix.

Long story short. Gundala: Rise of a Hero is not going beat out multi BILLION dollar Hollywood super hero films, but it is light years better than what we’ve seen in the past from Indonesia, and looks like the small countries vibrant comic book reservoir is about to be tapped and brought to cinematic life for the very first time (at least with any major success). I actually really enjoyed the film for what it was, and with a little background research into characters, felt a lot less out of the loop than I did with my initial viewing. Still, virgin fans who no nothing about Indonesian comics won’t be out of the dark completely, as the film is perfectly understandable and relatable in it’s own right, but those who are familiar with the lore and the history of the characters will get VASTLY more out of it than a regular westerner who goes in blind. The Blu-ray looks and sounds great, and the film is a fun jaunt, which leaves me recommending it for those who want to expand their super hero horizons just a bit.