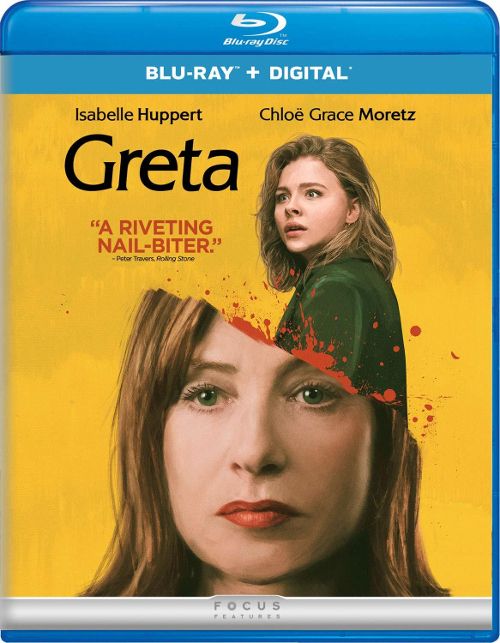 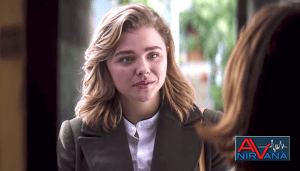 Movie
Thrillers revolving around obsession and neurosis is nothing new in cinema. Films like American Psycho and Misery are famous for it, and a myriad of others have adopted that motif as well. Neil Jordan (The Brave One, The Crying Game) steps into the ring with his own thriller of the same type, with decidedly weaker results then the two afore mentioned films. The tropes are trite, the scares are really not that intense, and while the overall ride is predictably entertaining, that predictability drains a lot of the tension out of the film as we all know how it’s going to end before things even happen. Viewers who are looking for a predictable thriller with a decent story will be satisfied enough with the moderate amount of tension, but for those looking for something fresh and with more “grab” than your average film may end up being a little bit disappointed.

Frances McCullen (Chloe Grace Moretz) is a typical young girl trying to make her way in the world. She works at a high end restaurant as a waitress and goes home to her roommate and apartment at the end of the day only to do everything all over again. Her life changes a bit when she stumbles upon a lost purse, and returns it to the owner who turns out to be an older woman named Greta Hideg (Isabelle Hupport). The two strike up an odd friendship and soon are spending more and more time together. However, Greta’s motherly instincts take a turn for the obsessive and soon after discovering a twisted secret about the old woman, forces Frances to cut ties with the elderly woman. Greta naturally won’t stand for being shafted by her young friend, and soon begins stalking and terrorizing the younger woman even when asked to stop. Soon the relationship goes from just creepy to outright terrifying as Greta becomes a malevolent force that will not stop until she is forced into submission, forcing Frances to fight for her very life against the elderly woman. 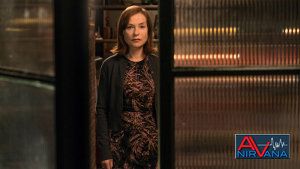 Neil Jordan (who also co-wrote the film), crafts the movie as a very slow burn thriller, allowing the disturbing elements to insert themselves into the story bit by bit and requiring some patience to get to the payoff. However, those elements are a bit dry and stale, and some of the more shocking moments (such as when Frances finds out that her finding the purse wasn’t exactly an accident) are meant to be shocking and terrifying to the viewer as they are to the young woman, but instead they fall flat and are a bit telegraphed. I wouldn’t say it’s because Neil Jordan directs the film poorly, or wrote it poorly, but rather that this has been done to death before in a dozen different thrillers and he doesn’t do anything to shake it up at all. The movie’s structure follows a very predictable path of the thriller genre, and while everything is done rather well, it’s also done with a “paint by the numbers” approach as well.

The film is saved partially by Chloe and Isabelle’s dedication to their craft, as they give their characters a sense of feeling and dimensionality that is sorely missing form the script. I’ve wondered what happened to Chloe Grace Moretz as she was highly desirable as an actress 3-4 years ago, but lately she’s vanished into thin air. She is a more mature and more depth filled character here, infusing Frances with a sense of boring reliability, but also one of terrified dread as Greta inserts herself into the young woman’s life with surprising alacrity. Isabelle is also fantastic as Greta, and exudes this sort of creepy motherly love that becomes even more disturbing the more unhinged the woman get. Sadly, their characters can only go so far the dry script doesn’t allow them to spread their wings THAT much. The story is solid enough, and the characters generally fantastic, but the predictable nature of the film takes its toll in the end.

Rated R for some violence and disturbing images

The 2.39:1 framed AVC Blu-ray is more than pleasing to the naked eye, with an obviously digital source that is indicative of the type of movie being shot. Clean, clear, and free of most imperfections the city landscapes are appropriately revealing, as are the textures inside Greta’s home. Outdoor shots are vibrant and brightly lit, while the inside scenes are filled with mahogany browns, light greens and yellows and some rich earth tones. Facial details are generally exemplary and shadow details just as pleasing (outside of the traditionally mild banding that occurs now and again). It’s a great looking encode and while it doesn’t stand out as something truly jaw dropping, it checks all of the right check marks to be considered top tier material from a technical stand point.

At first Greta’s 5.1 DTS-HD MA track may not seem like a whole lot, but underneath the surface is a distinctly nuanced track that makes mild use of many channels, but does so effectively and cleanly. The city landscape is dotted with multiple direction points in the audio mix, and you can hear subtle layers of sound come through from each of those directions, many time simultaneously. The subway track is adorned with the clacking of wheels, the mumbling of background dialog, and the “swooshing” sound as a train goes by. The inside dialog centric moments are a bit quieter, but punctuated with the creaking of furniture and the rustle of fabric while a voice drones on. It’s not an overly aggressive track, but LFE does come into play here and again, and the overall balance of the track is exquisite.

Greta is a decent enough film, and though it IS predictable (I find myself using that word a lot in this review, as it suits the structure of the movie to a T), the movie is entertaining in a rental sort of way. It’s decently crafted thriller that takes its cues from many excellent movies and creates a good watch that is more than satisfying if you’re looking for simple entertainment. Those looking for something with more bite or more depth to it might be disappointed, but the movie IS an entertaining watch. The Blu-ray technical specs are generally excellent, with good video and audio, but a lacking amount of extras. Rental material for sure.

Thanks for the review. I have been wanting to see this one and will rent it.