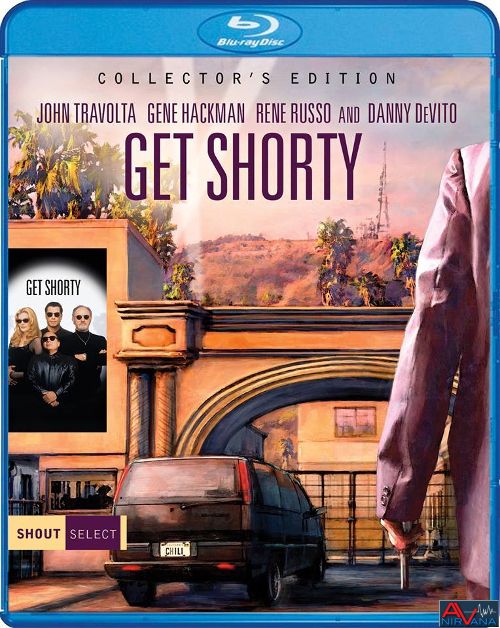 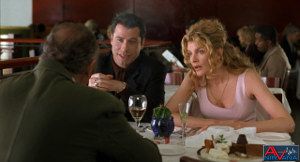 Movie
I’m a huge fan of Elmore Leondard novels, and an even bigger fan of his westerns. However, the man also has a hard time with translating his novels to the big screen, as he has a sort of verbal flair that doesn’t really vibe with a movie. Film like The Big Bounce, Out of Sight, Life of Crime, and Killshot were good books, and had some great performances, but general audiences had a hard time relating to his whimsical and satirical nature that he wrote. Get Shorty, on the other hand, is one of the books that just hit it out of the park, translating well as it satirized Hollywood and all of the hullabaloo that goes on the city of sin. Maybe it’s the cast? Maybe it’s the satire? But whatever it is, Get Shorty is probably the best Elmore Leonard adaptation to date, and a hilarious take on the insanity of Hollywood.

Ironically, the film not only has Danny DeVito in a starring role, but it also is produced by his production company, Jersey Films, AND it featured a screenplay writer who was so sick of the Hollywood like that he almost didn’t accept the project (Scott Frank had become so disillusioned with Hollywood that it took some cajoling and work to get him on board). Then couple that with the fact that a burgeoning Barry Sonnenfeld, who hadn’t gone on to do big blockbusters like Men in Black and Big Trouble), was involved meant that the creators could offend and insult anyone in the Hollywood business without fear of getting black listed. Which could explain why the film was courted to several different studios and poo-poo’d be each one. That is until MGM took a gamble and watched it pay off big time, as the film grossed $117 million off of a meager $30 million budget.

Get Shorty starts out with one of main characters, a small time loan shark by the name of Chili Palmer (John Travolta), being sent to Los Angeles to track down someone who has jumped town with a debt to pay. After getting to Los Angeles Chili is enamored with the world of movies and Hollywood, and one of his targets just so happens to be Hollywood schlock producer, Harry Zimm (Gene Hackman, who chews the scenery with gusto). Instead of cashing in on the target, Chili shoe horns his way into Zimm’s business with a script of his own. The only thing is, he’s not the only one with fingers in the pie. Small time Gangster and wannabe movie producer Bo Catlett (Delroy Lindo) has sunk several hundred grand into one of Zimm’s films and Zimm MAY have gambled it away and lost it. Using Chili as his muscle, Zimma inadvertently puts an even bigger target on his back when he tries to shuffle the date of their investment on down the line with the script idea that Chili Palmer has been pitching. Now Harry has a bevy of criminals trying to get in on his business, as well as has to try and play them against each other in order to finagle more money, and Chili has his old boss, Ray Barboni, on his tail and with each group getting closer and closer it’s only a matter of time before an explosion of personalities clash. 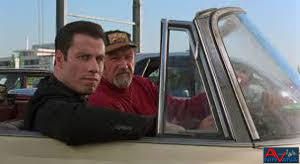 In true Elmore Leonard fashion, Get Shorty is an intersection of a half dozen different story lines and twice as many characters. We have Chili Palmer and his marks, only to delve off into a pair of coke dealers (Delroy Lindo) and their limo service, a Pablo Escobar type drug lord (Miquel Sandoval), a B-level horror actress (Rene Russo), and ex stunt man working for the coke dealer (James Gandolfini), an enraged Italian mobster (Dennis Farina), and an overly into himself high level actor played by Danny DeVito himself. Everything occurs simultaneously, but with the intersections of each story line creating the inciting incidents and conclusions of the over arching story.

It’s not hard to see why a lot of the majors weren’t interested in taking on the project when it first was pitched to them. Scott Frank’s script paints a SCATHING image of Hollywood and the elite that live within them. The dodgy deals, back doors, double crosses, and financial backing from less than savory characters was pretty blatant. Then you add in the less than flattering look at the actual actors themselves, with Danny DeVito’s Martin Weir being your typical self absorbed douche bag, and Rene Russo the over the hill “hottie” who had to sleep her way to the top and is stuck playing B-level horror flicks.

Above all, it’s the dialog that makes the movie. Almost in picture perfect Tarantino form (without the copious foul language), Leonard’s dance of the Titans comes to fruition with the hilarious script. The movie is less about funny jokes, but laughing at the characters themselves. There’s no punch line, no laugh track, or laugh out loud dialog, but when watching the characters interact you can’t help but die laughing. The scene with Chili and Bo discussing with a straight face on how to direct a major motion picture without ANY knowledge of the internals, is by far one of the best scenes of the movie. The same with Dennis Farina’s Barboni when he confronts Harry Zimm in his office. The dialog doesn’t even attempt to crack a smile, but the “you need to shoot him” scene is gut busting. Long story short, Get Shorty is a movie about the characters and the satirical brush strokes they paint on the people they represent. 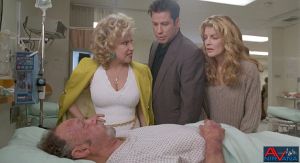 I got rid of my Get Shorty Blu-ray when I moved a few years back to save space and have regretted it ever since, until now. MGM’s Blu-ray transfer for Get Shorty was already a really nice looking transfer, so I was curious to see how this new 4K remaster would look on Blu-ray. The end result is quite pleasing, boosting an already good transfer just a little bit more. If you compare the two discs side by side (had to borrow a friend’s Blu-ray to A/B them) you can see the color timing is tweaked just a bit, and the small visual details are a little more noticeable. Grain structure is still healthy and well done, and colors pop with a light dusky tinge to them. Delroy Lindo’s banana yellow suit is garish as usual, and the maroon red of Travolta’s shirt under his suit coat is well defined and richly saturated. Grain levels spike a bit during some of the darker scenes, but clarity is good and the overall contrast levels are amazing (something Shout Factory has been known to tweak in these re-releases in the past). It’s a great looking disc, and just edges out the MGM Blu-ray from years ago as the best looking version the film has looked to date. 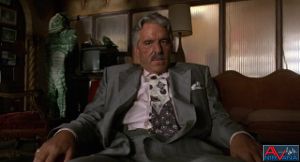 Shout Factory has never really been in the business of remixing these rescued titles from other studios (for the most part) and Get Shorty is no different. It sports the same dialog heavy mix from the MGM release, which was already a very competently done disc. It’s not going to be a heavy duty action track, or really that immersive, as the mix is decidedly front heavy with a strong emphasis on the dialog and front of the room sounds. There’s appropriate ambient noises to fill out the surrounds (such as at a restaurant, or in the middle of a Hollywood set), and there’s the occasional crash and bang to get the sub bumping, but the type of mix that it is doesn’t really give the Blu-ray that much room to be wild and crazy. It’s a simple drama track with a few ambient tweaks to give it the 5.1 experience. Simple, solid, and well done with just the limitation of being a mild mannered mix. 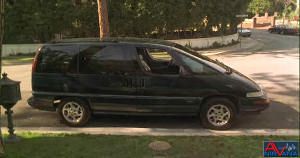 Get Shorty is an AWESOME movie, and one that deserves to be seen by everyone. Shout Factory has also done a really good job picking up older MGM classics and re-releasing them on Blu-ray with a ton of special features, great transfers (usually), and snazzy new artwork. However, this one falls under the same recommendation tier as City Slickers (which they released a few weeks ago), which is that it’s a hard sell to upgrade if you already have the MGM Blu-ray. The new collector’s edition sports the same audio mix (standard with these releases), the same extras (it was already decked out really well) and a new 4K master that just edges out the already good transfer that MGM had. The only things really NEW are the artwork and the slightly better transfer (which is a nice transfer I will admit), which makes it a tough upsell. However, if you haven’t ever purchased the film on Blu-ray then this makes the best package available, which is a much easier pill to swallow. Still, a highly recommended film in a great package. Great Watch.