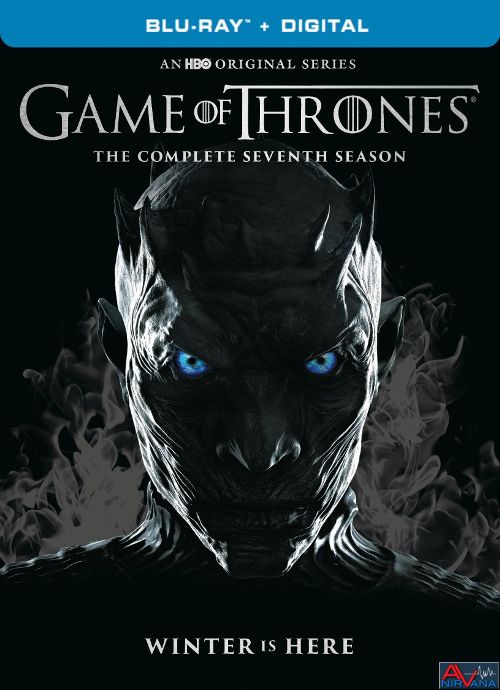 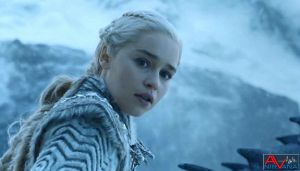 Movie
I like to joke that George R. R. Martin is TV’s favorite serial killer. At least in fantasy fiction as he loves to give you gobs and gobs of intricate characters in his books, but has next to zero compunction slaughtering them off even after you’ve come to care for them deeply. Good guys die, bad guys die, everyone dies in the 7 Kingdoms, and George is happy to oblige. I still am almost in awe at the way Game of Thrones took off in the TV world. Back 7 years ago mature “adult” R-rated television wasn’t that common, and good dramas were hard to come by. However, good FANTASY dramas were pretty much nonexistent as the general populace still thought of them as fodder for nerds and children, but the success of Lord of the Rings and the introduction of TV-MA rated shows on cable Networks opened up the doors for this to actually come to fruition. Especially after it was known that HBO was SERIOUS about the project and were courting Martin himself and had plans of integrated him in as a consultant (something which made fans actually sit up and listen). 7 years later we have one of THE biggest fantasy series come to life in a way that most of us never thought was possible. It has gone through a few low points, but what is amazing is that those low points are usually better than most HIGH points of regular TV shows. Martin’s involvement in the show has been instrumental, and the people have eaten up the offerings with rabid hunger and paved the way for many other fantasy shows to get a chance (although most are nowhere near as good).

Season 7 picks up right after the events of Season 6, as Daenerys (Emilia Clarke) and her armies heads over to Westeros with her dragons and Tyrion Lannister (the amazing Peter Dinklage) as her right hand to face Cersei Lannister (Lena Headey) for control of the Iron Throne. Jon Snow (Kit Harrington) has been named King of the North after defeating Ramsay last year, and Cersei herself has laid claim to the throne after slaughtering everyone in her at Kings Landing. However, all of this posturing is meaningless in comparison to what lies ahead. The Night King is on his way and and army of undead is slowly making its way towards the great wall of the north, and if the men and women of the 7 Kingdoms can’t find a way to settle their differences then all of this is for naught.

Jon Snow attempts to get the kingdoms of the south to believe him, but Daenerys sees little in his little fantasy tale of “dead men” coming for them. All she can see is the Iron Throne, and as the daughter of the mad king she is bound and determined to take that throne from Cersei if its the last thing she does. The only thing that saves their tenuous respect if Tyrion himself, who gets Daenerys to allow the North to mine “dragon glass” (which supposedly can be used as weapons against the whitewalkers) in hopes of gaining the young King’s trust. Simultaneously Arya Stark is busy slaughtering those who brought death on her family, and the rest of the kingdoms each have their own battles that they are aligning their chess pieces for. That is, if they don’t die first as Jon Snow’s greatest fear is coming closer and closer each day.

Season 7 deviates from the traditional HBO habit of doing 10 episodes per season, instead shortening it down to 7 episodes. Supposedly it had to do with the fact that the powers that be had an estimated 13 episodes left, meaning it was too long for a full season, but doing 10 episodes one season, and only 3 the next seemed a bit awkward. Thus the idea of splitting them in half and doing 7 for season 7, and 6 for season 8. Either way, the show doesn’t suffer in any way, and actually ends up being one of the better seasons in the latter half of the shows existence. The end is in sight and now it is full bore to the end as all of the chess pieces have been placed and now it’s just going through the motions of bringing everything to bear upon each other as the race for the Iron Throne comes to an end.

This season shines as it gets ride of MOST of the side characters, and instead focuses on the series regulars. Daenerys, Jamie, Cersei, Jon Snow, Sansa, Arya, and all the rest are given most of the screen and it REALLY is beneficial to see them all together at once. There’s some fun guest appearances (although, there is one painful one. Ed Sheeran somehow was allowed on the show and he just stood out really badly compared to the rest). HOWEVER, as much fun as I had with this season, there is some shakiness as to the future of WHEN the final season will air. Timelines move at a breakneck speed this time (which has a few upsets with how the whitewalkers advance), but also we have the frustration of not knowing when Season 8 will arrive. Supposedly there are rumors of it being as far off as 2019 or 2020, which is a bit on the debbie downer side. HOWEVER (yes, another one), supposedly those six episodes will range from 60 minutes to 120 minutes in length, meaning it MAY not be as short as we had originally anticipated (this season showed us some slightly extended run times as well, just not nearly so drastic).

There is a sort of familiarity to these reviews of Game of Thrones by now. The series has maintained a very faithful and consistent look throughout the show, and has benefited from the wonderful cinematography and the use of Arri Alexa digital cameras to capture the medieval settings so well. The detail is absolutely sumptuous, with rich colors contrasting with the bleak darkness of stone castles and pale, snowy, wilderness. Detail is RAZOR sharp, with every line on Tyrion’s rugged face showing up as well as the sparkling armor on Cersei’s troops. Blacks are deep and inky, and give off wonderful shadow detail for the most part, BUT the digital photography can be prone to some washing out here and there, as well as a bit of crush. Nothing much, but the dreary stone castles do tend to be the weakest shots in the show.

Game of Thrones was the first TV show to sport a full Dolby Atmos track, and season 7 continues in that tradition by giving us one of the best audio mixes that TV has to offer. The 5.1 DTS-HDMA tracks for the first 4 seasons (before they went back and remixed those seasons into Atmos for the Steelbook releases) were fantastic, but these Atmos tracks are really something to behold. Be warned, if you want the Atmos mix, or at LEAST the lossless audio core, the series has a 5.1 lossy track that the show defaults to so you will have to go in and manually change that after inserting the disc. The audio is beautiful, with wonderful placement of sound effects, and a full field array of immersion that really sinks you into the 7 kingdoms and their troubles. Waves lap up against the side of the Iron Fleet, footsteps echo in the hollow stone halls, and the roar of the dragons wooshes overhead and makes some wicked use of the overheads. LFE is nothing short of devastating when needed, adding some serious punch to heavy wooden doors, of the creak of a battle ship as it sails across the seas. Simply put, this is A+ material all the way and pulls no punches.

• Conquest & Rebellion: An Animated History of the Seven Kingdoms- From the Game of Thrones realm comes the never-before-seen story of the tumultuous events that shaped the world of Westeros for thousands of years before the series start. Cast members Pilou Asbæk (Euron Greyjoy), Nikolaj Coster-Waldau (Jaime Lannister), Aidan Gillen (Littlefinger), Conleth Hill (Varys), Harry Lloyd (Viserys Targaryen) and Sophie Turner (Sansa Stark) team up to narrate the animated telling of Aegon Targaryen's attempts to conquer the Seven Kingdoms, written by show writer Dave Hill.
• From Imagination to Reality: Inside the Art Department- Extensive two-part featurette detailing the astonishing work of Production Designer Deborah Riley and her Art Department, dissecting the process behind the creation of this season's incredible new sets, including Dragonstone, Casterly Rock, Highgarden, the Dragonpit, and more.
• Fire & Steel: Creating the Invasion of Westeros- Revisit this season's most pivotal moments with this behind-the-scenes featurette, including interviews with key cast and crew breaking down how fans' favorite moments were created.
• Audio Commentaries- Commentaries on every episode with cast and crew including David Benioff, D.B. Weiss, Jacob Anderson, Gwendoline Christie, Liam Cunningham, Kit Harington, Lena Headey, and more.
• Histories and Lore- 7 new animated pieces that give the history and background of notable season 7 locations and storylines including The Dragonpit, Highgarden, Prophecies of the Known World, the Rains of Castamere and more all narrated by cast members including Nikolaj Coster-Waldau, Aidan Gillen, Iain Glen and more. (Blu-ray Exclusive)
• In-Episode Guides- In-feature resource that provides background information about on-screen characters and locations. (Blu-ray Exclusive)

Game of Thrones is a wild ride, and that ride is just about over. Season 7 marks one of the best seasons since season 4, and leads us right up the gates of the final battles between good and evil (or at least varying shades of gray). The show is fantastic, and while I feel it HAS been stretched on a bit long between seasons 5 and 6, this last year is filled with all of the goodies and very few issues in my eyes. The Blu-ray is magnificent as always in the technical department, and the version that I reviewed (and linked to) comes with an extra animated disc called Game of Thrones: Conquest and Rebellion as an extra disc, which has some fun stuff as well. Overall, this is a must get for fans of the show, and if you haven’t watched it yet...then WHAT ARE YOU WAITING FOR! (although, I do give the obligatory warning that the show is VERY heavily R rated, and has plenty of nudity, guts, cursing and all of that type of stuff in case you were going in blind). A must buy for fantasy fans.

Thanks for the review. I will have to catch the series.

GoT is one of my favorite TV series of all times. S7 of the show turned out to be one of my favorites. This is the culmination of the anticipation. Winter is here, the war has begun, this is what we've all been waiting for.