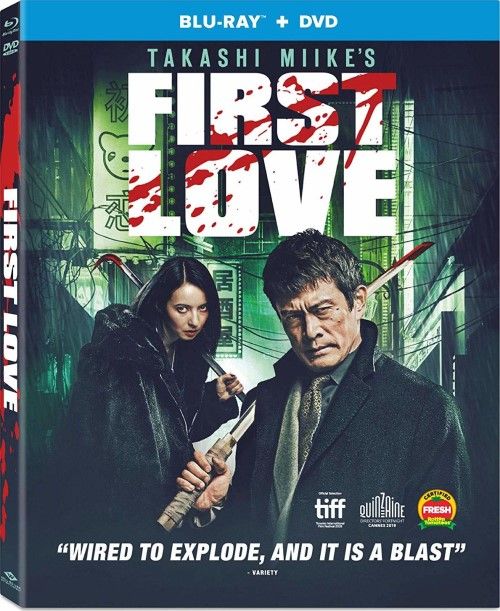 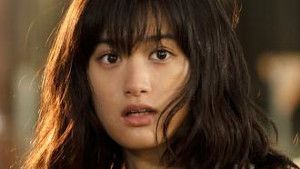 Movie
As a connoisseur of Asian cinema I have to say that Japanese films are some of the most bizarre and “unique” of the Asian countries for it’s film making styles. It has long been known for it’s hyper violence, absurd sexual situations and bizarre gonzoesque style of film making. Leading the pack as the Quentin Tarantino of Japan is Takashi Miike, a director with a massive variety of films under his belt, and one of the most entertaining Japanese direction out there (ironically enough, he has worked with Tarantino behind the scenes with Hostel, and several other small projects). Miike is most known for his unique take on violent crime dramas, and probably most notably for the insane Ichi the Killer, a movie that is pretty much a niche film for gonzo arthouse extremist fans. Still, I look forward to the man’s next movies, because no matter how strange and bizarre they are, he always impresses.

The old “seven ways from Kevin Bacon” trick is at play with First Love, as a hapless young boxer by the name of Leo (Masataka Kubota) is in for the night of his life after he “rescues” a prostitute named Yuri (Sakurako Konishi) from a police officer. You see, Yuri is the center of a Yakuza drug scandal, having run off from her pimp. Several other sub plots are laid simultaneously, as Yuri’s pimp is killed by one of his own Yakuza members, the entire Yakuza cell is up in arms about it, and are looking for Yuri who might have knowledge of the drugs that this Yakuza member was murdered for. Suddenly Leo is in for the night of his life, as all he wants to do is protect Yuri from her demons (poor girl is suffering cocaine withdrawals) and get her through the night alive, as he supposedly only has days left to live after learning that day he has a brain tumor.

Yakuza, dirty cops, prostitutes, and rival gangs all lead to one bloody end as Leo ducks, dives, dodges, ducks some more and runs to keep himself and Yuri’s heads on their shoulders. The film is actually one of Takashi Miike’s tamer ones, as I was truly expecting a bloodbath of epic proportions. Instead the film plays out at a much more methodical pace, introducing us to the 4-5 different subplots that are all being woven together. But, don’t fear, the final 30 minutes is full of severed limbs, gunshot wounds, and more CGI blood splatter than you can shake a stick at.

First Love is really more of a comedic action/drama more than anything. While there is some down time and some blood soaked moments, everything is handled with a subtle wink and a nod at the camera, and some hilarious hi-jinks with the dead Yakuza member’s girlfriend Julie. A running gag throughout the movie is Julie slowly becoming more and more unhinged as the film goes on as she searches for the killer of her boyfriend. The scene her running into the Yakuza lair trying to rally up volunteers to just “kill somebody” is probably the highlight, but also her getting crazier and crazier as she somehow manages to escape bullets, knives and decapitations is more than darkly humorous.

At the end of the day, First Love is not one of Takashi Miike’s best films. It isn’t nearly as dark as it should be, and not nearly as humorous as it tries to be. The first 30 minutes or so are actually rather dull, and it’s not until the second act when everything starts coming together that the film picks up the pace. The last 1/3rd of the movie is worth the price of admission alone though, and I really kind of appreciated that the overall theme of the film seemed to focus on overcoming your demons instead of just fading into nothingness like some of Miike’s films do. Basically, a middle of the roar Miike film that isn’t his most epic, but is still very entertaining. 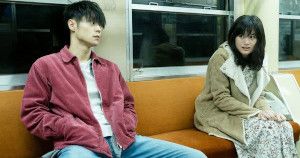 I can’t really get any solid information about the resolution of the master, or even what cameras were used (though in the credits we do see an Arri Alexa symbol, so I’m leaning towards those digital cameras), but this is pure Takashi Miike style all the way. Scenes can take on glaring stylistic differences with harsh lighting, soft lighting, and various color schemes that vary from place to place. Details also fluctuate as well, depending on the grading, and can range from razor sharp to slightly gauzy. Some of the really harsh yellowed scenes can look a bit washed out, but black levels are usually very good though, with only some intermittent banding as any standout artifacting going on. 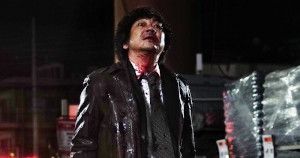 Well Go USA has included both Japanese and English DTS-HD MA 5.1 mixes (as well as Dolby Digital 2.0 Lossy mixes for night listening) and the two mixes are pretty much identical except for the obvious difference in languages. The tracks are boisterous and exciting, with lots of car chases, gunfire and screaming to fill the mix out with it’s cartoonish designs. Voices are excellent with strong dynamics, and the gunfire rings with plenty of authority. Surrounds get a solid workout too, but I did notice that the bass response was not as deep or powerful as I was hoping for. There’s still a lot of weight with car crashes and gunfire, but it’s just a lot softer than exepected.

I definitely had a good time with First Love. It’s a tongue in cheek thriller with some heavy Takashi Miike violence thrown in for good measure, and definitely one of his less bizarre films (which alone tells you how out there the film maker is). I mean, we have a ghost/hallucination that dances about in white tighty’s throughout the film and it’s considered completely normal! While the film isn’t as bloody as some of his others, this love story still has plenty of gore, but most of it seems to really be played off for laughs more than to be creepy. The audio and video are both well done in this release, but is accompanied by the typical lack of extras on the disc. Takashi Miike fans should check it out.

Recommendation: Takashi Miike Fans Should Check It Out

Thanks for the review. I will check it out.

By the way, which of his movies would you recommend for someone who hasn't seen any of his works?

Did a quick search and found the below..