Fantastic Beasts: The Crimes of Grindewald 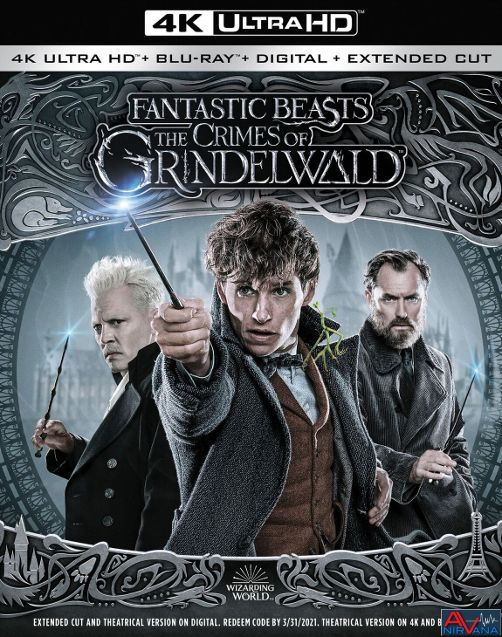 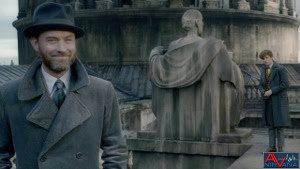 Movie
Fantastic Beasts: The Crimes of Grindewald marks the 10th film in the Harry Potter universe, and the 2nd film in the Fantastic Beasts prequel series (which according to J.K. Rowling and David Yates is intended to span 5 films total), and sadly acts as the ONLY film in the Harry Potterverse where I am forced to give out a rating lower than 3.5/5. Not by much I might add (for those worrying that this is a train wreck of a film or something), but it is the most jumbled and leas cohesive film out of all 10 movies. Which also may stem from the fact that J.K. Rowling is actually writing the screenplays directly for these films instead of helping out an actual screenwriter in the film industry. But that’s purely conjecture and may not explain away the flaws found in this sequel to 2016’s Fantastic Beasts and Where to Find Them.

The film picks up shortly after the first movie leaves off. Newt (Eddie Redmayne) is forbidden from leaving England after the chaos that was caused in New York City, and the whole wizarding world is on edge as the evil wizard Grindewald (this age’s Voldemort) has escaped from Ministry custody. Not only that, Credence Barebones didn’t die (as we saw at the end of the first movie) and the Ministry desperately wants to contain the out of control wizard before he hurts anyone else. Trying to rope in Newt to track him down, the Ministry uses every avenue that they have, which only leads closer and closer to the confrontation of powers that Grindewald so desperately wants.

However, Newt is not going to be sitting on his hands here, as the famed wizard Aldous Dumbledore (Jude Law) has a secret mission for Newt. Track down Credence and bring him back here so that he can convince the Ministry of Magic to not harm the young boy. Setting out on a trip to Paris where Credence (Ezra Miller) supposedly is, Newt is forced to team up with Tina Goldstein (Katherine Waterston) and track him down before the unleashed Grindewald gets his hooks into the powerful boy. 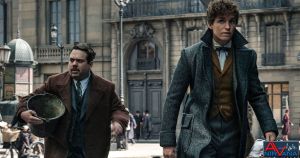 The Crimes of Grindewald doesn’t suffer from too little information, in fact it’s quite the opposite. The film suffers from TOO MUCH information, as the 2 hour and 14 minute film is overstuffed with characters, subplots and backstabbing machinations. It almost feels like we need another full hour of run time to really flesh out all of these plot lines, which makes the end result feel a bit under developed, and a bit of a slog to get through. There’s some neat plot points dealing with Grindewald and Newt, but things get a bit dicier when we delve into the relationship of Leta and Credence himself. I understand that Credence is one of the lynch pins of the whole franchise, but he was SEVERELY under utilized and the retcon (or maybe it’s a fake out) of his “true” ancestry flies in the face of Harry Potter history canon to say the least.

The best way to describe The Crimes of Grindewald is that it suffers from having everything but the kitchen sink thrown at the wall and hope that something sticks. What happens is a bunch of interconnected story lines are forced into the film, choking out some of the more important ones and leaving everything in a state of confusion and mire. There’s a ton of recurring characters from the first Fantastic Beasts film, and while some of them are definitely important, others (such as Queenie and Jacob), do not feel like they should have been there to begin with. The two standout roles in the film are Eddie Redmayne as Newt and Jude Law as Dumbledore. Law only gets about 10 minutes (maybe 15) of run time, but the veteran actor teases the audience with how awesome the old wizard really is and sets the ground work for a much more present role in the future sequels. Eddie, on the other hand, is a bright shining light in the mediocrity that is the rest of the film’s characters. He adds a unique flair to his character, and you can’t help but root for the poor wizard as he is so full of life and vibrancy (in his own odd way). Depp gives us a solid performance as Grindewald, but he seems to lack the menacing features of Ralph Fiennes gave Voldemort, which had me feeling rather ambivalent to his entire character, even after he unleashes his power in the final act.

Rated PG-13 for some sequences of fantasy action 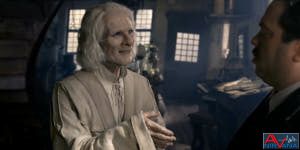 Unlike the first Fantastic Beasts film, The Crimes of Grindewald was not shot on film, but instead the Arri Alexa 65 digital camera system, and is given a 4K master instead of the 2K master it’s predecessor sported. The results are definitely noticeable, as the 4K UHD disc is a rather nice step ahead of it’s Blu-ray counterpart. I mentioned in the Blu-ray review that this is a very grim and dark film visually speaking, and the extra resolution of the 4K master allows for the resolution of the shadows to show up so much nicer. The HDR and Dolby Vision allow for some REALLY silky black levels here, and the crush that I noticed in the Blu-ray seems greatly diminished as a result. Shadows that seemed like one homogeneous blur show distinct shapes in them, and the bright colors that counter act the deep blue, muted, color grading are just that more vibrant with the splashes of magical energy and fantastic beats (pun intended). It’s a great looking 4K UHD disc and once again proves that a good 4K master has some very real advantages over a 2K master that so many other films tend to use for the 4K UHD format.

Is it a miracle?! Has Warner Brothers finally realized that putting a 5.1 DTS-HD MA track ALONG with an Atmos track is a bit of redundancy since Atmos already has a 7.1 TrueHD core encoded into the track? Well, no way to be sure, but at least you don’t have to worry about a 5.1 track being defaultly selected on these discs (both 4K and Blu-ray) as the Atmos track is the only English audio track on the discs and is the default one. Either way, the Atmos mix is another winner, with a great expansive sound stage that really has fun with the wizarding world. The explosions ring with authority, and the surrounds and overheads are used quite extensively as magical powers and magical beasts move from one side of the screen to the next, as well as overhead. Voices are crisp and clean, locked up front and above reproach, and the LFE is more than powerful enough (although I noticed it’s not as thunderous as the first movie). There’s a few instances where I heard a slight background hiss to a few vocals (usually underground in the caverns), but other than that I can find no fault in the track whatsoever.

​
As a fan of the Harry Potter movies I really did enjoy Fantastic Beast and Where to Find them, so I was a bit disappointed with The Crimes of Grindewald. It’s an overstuffed film that really tries to throw everything at the wall that it possibly can, ending up with a patchwork quilt of things that work, and thing that just miss the mark entirely. For a 2 hour and 14 minute film (for the theatrical), there is a distinct feeling of being rushed and needing another good 45 minutes to fully flesh out all of the myriad of ideas that Rowling and Yates put forth on screen. As for the technical specs, Warner Brothers doesn’t fail to bring the goods. The 4K UHD disc shows a rather noticeable increase in visual clarity and great Atmos audio. The movie itself may be a bit rocky, but the home video package is more than appealing. While not perfect, The Crimes of Grindewald is still a decent watch as the 2nd of 5 films planned for the Fantastic Beasts series.

Thanks for the review. I enjoyed the other one so will check this once available on amazon prime/netflix.

What's the word on the digital version, how much longer does it clock in?

I saw this in the theater, and it was obvious that it was a bridge film, setting up the third. There was a lot in there, and it was difficult to follow at times, but, as an editor, I chalked it up to too much being cut for the final release. I'm curious how much of that we'll get back in the digital extended version, and how much more sense the film will make. Or if it will still just be a stew of setup for part 3.

The extended version IS digital exclusive as you mentioned and it's 7 minutes extra and is just some of the deleted scenes added back in. Doesn't really add or detract from the movie at all

Well, this one's on the list. Gonna have to revisit the first one again though. I'm a fan of the Harry Potter universe, so unless it's straight-up terrible, I'll be watching it.