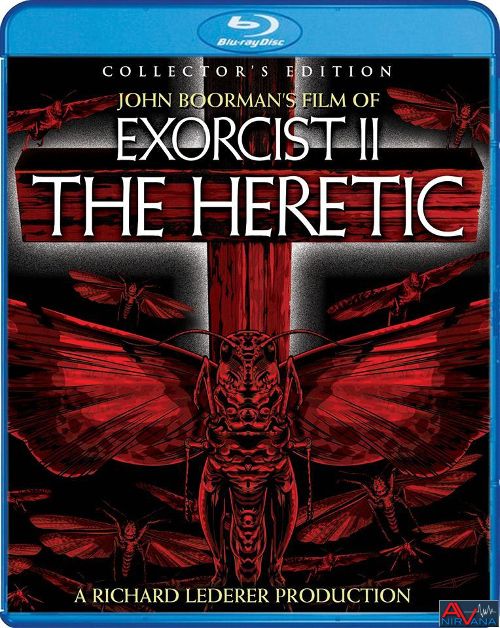 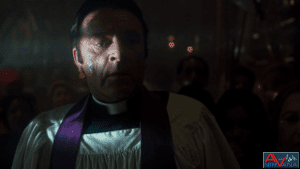 Movie
No one can deny that The Exorcist is one of the most seminal films in the entire horror genre, let alone the supernatural horror sub genre. 44 years later, it is STILL hailed as one of the creepiest and most influential horror movies ever made, and has been parodied, lauded, and memorialized as one of William Friedkin’s best works. Linda Blair is mostly a side not in cinema history, but EVERYONE knows as “that girl form The Exorcist!). However, the sequel has been labeled as one of the WORST movies of all time, and was actually laughed at not only by the audience (the opening night actually had press members laughing out loud IN the theater), but by the author of the novel as well (William Peter Blatty). It’s just so hilariously awful that you love to hate it, but almost hate to love it at the same time. William Friedkin himself has gone on record stating that he things that the very existence of the movie actually diminishes the greatness of his original film, and that it is the worst blight in the 4 movie franchise (and the 3rd and 4th movies weren’t peaches either).

Exorcist II: The Heretic IS really that bad. It may have had a glimpse of promise in the original script (which probably is why Linda Blair signed up to do the sequel to reprise her role as Regan), but that was promptly destroyed with re writes, more re writes, and even MORE re writes as the troubled production continued, as director John Boorman tried desperately to make a scary film, but ended up failing on all accounts, even going so far as to making the film nearly incomprehensible at times. The film just struggles to get going, and by the time anything “interesting” happens, the audience is laughing hysterically at he overly dramatized war between our heroic “heretic” and the demon Pazuzu.

It’s been several years since Regan MacNeil (Linda Blair) had her traumatic exorcism back up in Washington. Her mother still fears that the psychological damage is going to hamper her, so she sends her to a psychiatrist named Liz (Belinha Beatty, the wife of actor Ned Beatty, who makes a 5 minute cameo) to hopefully “cure” her. Regan claims to have no memory of the event, but Dr. Liz is suspicious that the 19 year old girl is hiding something. When father Philip Lamont (Richard Burton) is sent by the Church to investigate WHY Father Merrin (Max von Sydow, reprising his role as the priest in The Exorcist) died that fateful night, he is able to convince the good Dr. to use a “synchronization” machine that will allow multiple people to share hypnotic memories (the 70s was ripe with people lauding the potential benefits and mystical powers of hypnosis). This machine allows for Father Lamont to go deep into the psyche of Regan and pull back the veil of secrecy and find out what happened that night. 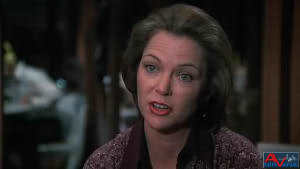 What he finds is something that consumes his passion for exorcisms once more. Watching Farther Merrin’s death he realizes that the demon within Regan is lying dormant AND that this demon had a run in with Father years back. Going deeper and deeper into her psyche, Father Lamont becomes intertwined with the demon, going so far as to using it’s powers to help him find the clues that might undue it’s hold on Regan, but in the process comes very close to losing his own soul.

You have to ask yourself the question “wasn’t the demon Pazuzu EXORCISED in the first movie?”. Well, the answer is yes and no. It seems that it was exorcised from controlling Regan, but that it was lying dormant within her soul as Regan is a “special” person who can cause healing to the world through her innate purity. Which is actually the reason it attached itself to her in the very first movie. You’d think that Regan is a main character of the film, but that is actually a bit of a bluff by the director, who sets it up to have Regan become the main character again, but it’s actually Father Lamont and his search for the means to destroy Pazuzu that ends up being the main focus of the film. We have him flitting all over the world trying to find said force, and the story really revolves around his lack of faith and eventual recovery of said faith along the way.

The direction of the film is simply awful, there’s no way around it. Boorman had a difficult time with the writing, and when it came time to putting the story together he and his second unit director just couldn’t do much with the assorted pieces. There’s almost no terror in the film, and the end confrontation with the big bad evil is so hokey that even audiences back then were laughing at the film. Still, there’s a twisted charm to the flick that comes from loving movies that are so terrible that you almost enjoy them. Exorcist II falls into that category with ease, and almost pushes it to the point of no redemptive qualities whatsoever, but that is saved by some good cheesy over acting from Richard Burton, and Linda Blair being drop dead cute as could be as Regan. It’s a much different film than the original, and is better thought of as a parody of the original, rather than treating it as a serious sequel. 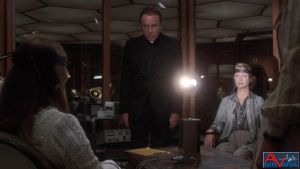 The Warner transfer was not exactly a crown jewel in the Exorcist Boxset, but that’s not surprising considering Exorcist II: The Heretic is one of the worst performing films in Warner history, and one of their big embarrassments. Scream Factory has gone back and redone the master with a solid 2K resolution DI, and the results are quite impressive. The 1977 movie is rather grainy, but long gone is the smearing, DNR and noise of the Warner release. Instead we get a very natural looking film that has a good bit of pop to the dark gray and blue colors, and gives us a very natural grain layer. Some scenes look a bit thicker than others, but the overall clarity is something to behold, especially coming from the VERY weak Warner Brothers release that I’ve begrudgingly held on to for the last 4 or 5 years. 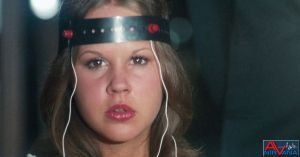 The 2.0 DTS-HD MA Mono track for the film seems to be the same track as the Warner release, and that’s actually a good thing. The mono track is surprisingly robust and energetic for a cheap 70s film, and it has a sense of depth and spaciousness that defies it’s meager mono trappings. Vocals are always well done, and the brooding score and sense of ambient dread is replicated well. Sometimes the track is a BIT thin and less full than I would have liked, but it’s completely understandable considering the 1970s recording material, and is still only VERY minor. The track itself is quite serviceable and actually better than some of the sequels to come. 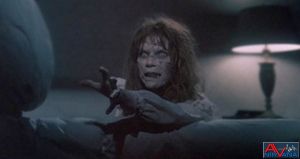 Exorcist II: The Heretic has always been the movie in the series that was “for the fans only”, and I still stick to that assertion. The movie is cheesy, horrible, and just plain hilariously awful and fun at the same time. It’s a film that you love to hate and hate to live. No matter your feelings on the matter, Scream Factory has given the film a nice upgrade over the Warner release, giving it a new master, tons of new extras AND the made for TV cut on a second disc as well (with it’s own set of special features). The film really does look quite good, and the fans who enjoyed the Warner Blu-ray will be very pleased with the upgrade. Still, a movie that’s “for the fans”, if you know what I mean.

Recommendation: For the Exorcist Fans

Thanks for the review. I saw the first one and it was great. I also saw the second one long time ago and thought it was terrible so I will skip seeing this one again.

tripplej said:
Thanks for the review. I saw the first one and it was great. I also saw the second one long time ago and thought it was terrible so I will skip seeing this one again.
Click to expand...

lol, there's a reason it's considered the worst horror sequel of all time (for a big budget movie at the time).

I've seen them all but don't really remember this one much. Thanks for the review. Now I may go out and buy the original. I hear it has a superb video transfer.

Asere said:
I've seen them all but don't really remember this one much. Thanks for the review. Now I may go out and buy the original. I hear it has a superb video transfer.
Click to expand...

yes it does. If you can find it go with the one that has the theatrical cut AND the director's cut (the boxset or the digibook), the original cheap one disc version only has the extended cut which (in my opinion) isn't as good as the theatrical presentation

Michael Scott said:
yes it does. If you can find it go with the one that has the theatrical cut AND the director's cut (the boxset or the digibook), the original cheap one disc version only has the extended cut which (in my opinion) isn't as good as the theatrical presentation
Click to expand...

yes, or this one

Michael Scott said:
yes, or this one

Thanks! For another $5 or so I think the digibook offers more.

agreed. the Digibook or the complete collection is my favorite options.

Michael Scott said:
agreed. the Digibook or the complete collection is my favorite options.
Click to expand...

Last night from Amazon I bought the Digibook and it arrives tomorrow I also went ahead and bought The Changeling.

Michael Scott said:
I'm probably going to pick up The Changeling for my own collection as well
Click to expand...