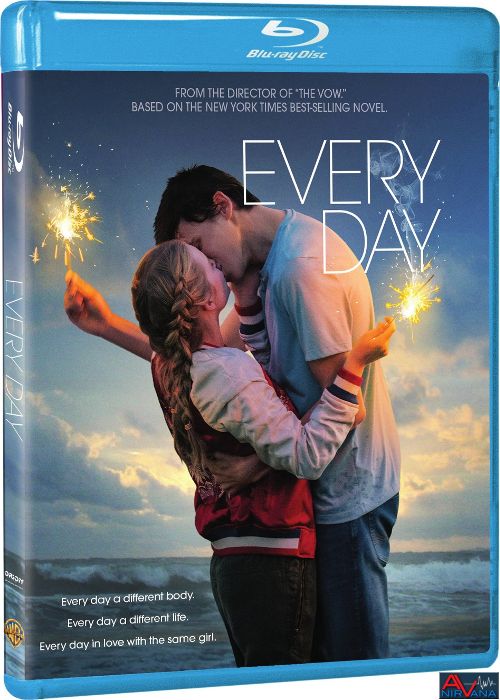 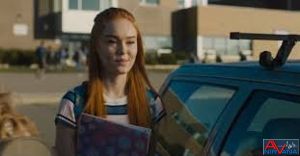 Movie
When I first saw the trailer for Every Day I was overcome with the strongest sense of Deja Vu. I SWORE I had seen a film just like this a while ago, and it was nagging at the back of my mind until it finally hit me. The premise for Every Day (a person waking up in the body of someone new every day) had been done before, and it was a Chinese film at that. I dug through my old reviews and realized that it was EERILY similar to a Chinese film called The Beauty Within (which I reviewed on another site back in 2016) and immediately set out a date to watch both of them back to back in order to see which one “got it right”.

Now I’m a romantic at heart, and I love a good romance as much as I like watching a good drama or a good action film. I don’t have a problem feeling all gushy and sweet inside if it’s done properly, which is the key word here. The problem is, so many romance movies these days are done sooooooooooo badly and so cheesily that I can’t help but put them in the trash heap with the rest of the poorly done movies. Every Day takes the concept from a best seller by David Levithan and brings into the modern era with a few tweaks. The movie has some definite problems, and a creepy vibe to it (that I will explain later), but is overall a rather satisfactory romance at the end of the day.

The premise of the story is pretty simple. A is a disembodied spirit that wake up every morning in the body of a new host. A isn’t stable in the sense that he just changes form. He LITERALLY wakes up inhabiting the body of a living person for one day (that person seems to have no memory of that day while A is in charge of the body) and then goes to sleep at midnight, only to wake up in the body of someone else. A first meets Rhiannon (Angourie Rice) when he wakes up in the body of her boyfriend Justin (Justin Lake). Justin is your typical high school jerk who takes his girlfriend for granted. However, on this mysterious day Justin is strangely attentive to her needs. A becomes so infatuated with her that he begins to find her every time he wakes up in a new body, making it difficult for the young spirit to show his emotions to Rhiannon.

It’s pretty obvious from the description what happens next, but A finally gets the courage up to tell Rhiannon about his obvious problem, and then Rhiannon has to come to grips with the fact that A is actually who he says he is and not just some wacko. As the two lover’s slowly being to form a permanent bond, they come to the realization that they can never be together due to the fact that A is constantly shifting bodies every day. The only way that they can actually be together is if A somehow inhabits a permanent form, thus effectively depriving that person of their life.

Every Day is a sweet film at times, but it feels a bit too “Iphonish” at times. A structures his life around alarms, making sure that he’s back by midnight (when the soul shifts to another host), keeps track of his previous identities with an Instagram account with a revolving password so that his previous hosts don’t have access when they wake up, and initiates communication with Rhiannon via text. It doesn’t help that they’re all basically teenagers and lacks the maturity and grounding of an older romance (something that The Beauty Within did magnificently I thought). The creepy vibe that I mentioned before stems from the nature of A’s disembodiment. In The Beauty Within it was much simpler. The main character changed bodies every morning, but it was literally nothing but a change of form. He would wake up in the same bed, with the same mind, and the same possessions, just with a new body that day. Here, A literally flits from host to host, possessing them and using their bodies before leaving them. It comes across as feeling a bit invasive in my mind and just takes away from the romantic aspect of the story at times.

The novel was told from A’s point of view, but the powers that be decided to focus on Rhiannon’s side mostly. There’s some shifting to A’s perspective now and again, but the main acting weight lies on Angourie Rice’s shoulder, as A is played by a new character ever few minutes or so. She does so magnificently, actually elevating the movie above where it could have been, and her sincere enthusiasm and emotions towards A’s new bodies makes the movie that much more believable. Even though I had some problems with the tone and Generation Z’s reliance on technology, Every Day is actually a pretty sweet romance. The acting is solid, the pace is nice and brisk, and I really did like Rhiannon a lot (whose likability is a focal point for making this movie work). It takes a new and softer twist on an invading spirit movie, and modernizes it enough to be relatable and entertaining.

There’s not a whole lot of information out there on the production of Every Day, but from what I can gather this uses the typical Arri Alexa mini digital cameras, but shot mastered an unknown resolution (I’m guessing by the slim budget that it was probably finished on a 2K digital intermediate), but the results are nothing short of lovely on Blu-ray. Sharpness and clarity are exemplary throughout, and the film’s digital photography leaves it shiny and glossy looking. The outdoor shots where A and Rhiannon are on the dock shows dazzling clarity, with intimate facial details amidst a slightly overblown contrast layer. The black levels are deep and inky, but do show some mild banding in the shadows. I would have to say that this is the perfect example of how digital photography is so easy to make a low budget film look wonderful today vs. yesteryear.

The 5.1 DTS-HD MA mix for the movie is nothing wildly special, but it is a shining example of the genre as it really is needed for the contemporary music that flows through the channels as well as the dialog. The surrounds are evenly balance with the front heavy mix, giving us plenty of opportunity with the copious amount of pop songs add much of the track’s score (with some additional work by Elliott Wheeler). LFE is tight and punchy, but mainly relegated to said music, while the front of the sound stage is heavily focused on dialog and incidental background noises as A and Rhiannon interact with each other. The track isn’t exactly stretched or strained by any means, but that’s mainly due to the fact that this is a dialog heavy film who’s only major stretching is from the music. It’s simple, precise, and quite effective though.

• An A By Any Other Name - Explore the main character A and how the filmmakers and cast portrayed an entity that wakes up in a different body every day.
• Love is Love - See what it really means to love another human being, accepting people for who they are.
• Every Day People - The cast of Every Day provides insight into their characters and the story.
• Book to Film Adaptation - The cast, filmmakers and author of Every Day discuss the process of bringing the book to life for the big screen.
• Deleted Scenes

I was actually a bit shocked and excited to see that Orion Pictures (the studio that gave us Robocop, Silence of the Lambs, Caddyshack and countless others) has been newly restructured and risen from the ashes once more to give us their first film since they were unceremoniously destroyed years ago. A bit strange that the studio that gave us so much 80s and 90s awesomeness would start out their return with a young adult romance story, but I’m excited to see them back in the game once more. Every Day is a solid romantic flick, and while it does have a few flaws, it is an entertaining flick that does well for itself off of a strange subject matter. The Blu-ray looks stunning, and is coupled with good audio, making it a decent watch for those interested in the genre.

tripplej said:
Thanks for the review. Will check it out once on amazon prime/netflix.
Click to expand...

if your'e interested in the premise, I HIGHLY recommend checking out Well Go USA's The Beauty Within.... similar story, much better done IMO