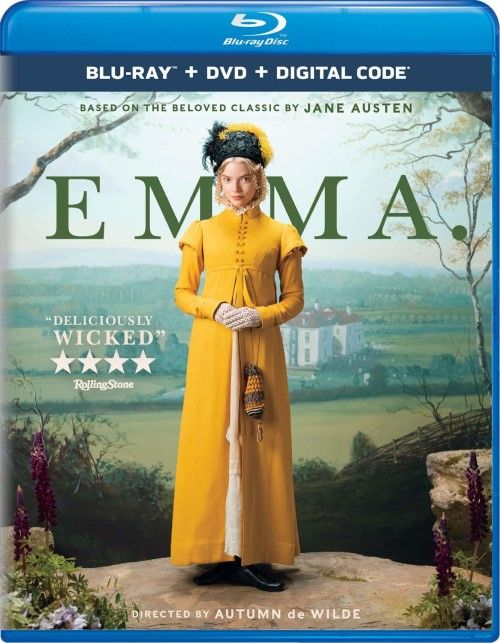 Movie
Jane Austen is probably one of the most prolific period piece inspirations for movies since William Shakespeare. Her novels have spanned centuries of theater, films, and story adaptations, even going so far as to inspire satires and modern day imitations of her works. When it comes to a female driven period piece drama, one of the go to sources is almost ALWAYS a Jane Austen novel. The novel Emma happens to be one of her more fun and flirty novels, imbued with a humor that was outside of the normalcy of traditional dramas (even though Austen famously inserts very witty and dry humor into even the most serious of her dramatic tales) and was done fantastically back in the 1996 Gwyneth Paltrow vehicle (which SERIOUSLY needs to come out on Blu-ray I might add) so I was a might curious about the newest adaptation. The trailer looked amusing and I really do like Anya Taylor-Joy, so I gave it a spin.

Sadly the film has a hard time living up to the fairly high standards of the 24 year old variant that most of us have seen over the years. It’s not nearly as accurate to the source material, nor as funny, as it’s predecessor, and hovers the line between being a period piece drama or a satire of the genre convention. Most of the jokes are sight gags and witty situational bits, but they seem to fall flat many times (not as often as the hits, but enough that it made the viewing a bit laborious). You could see director Autumn de Wilde desperately setting up the jokes, and everyone involved is just shy of winking at the screen to let the audience in on the gag, only for said audience to be sitting in their chairs wondering if the punchline was SUPPOSED to be funny or not.

Emma Woodhouse (Anya Taylor-Joy) is a rich socialite who fancies herself a bit of a matchmaker, setting up everyone around her with her version of cupid’s arrow, while staying steadfastly away from the trappings of emotion and love herself. Finding herself a bit lonely after her best friend, the newly minted Mrs. Weston (Gemma Whelan), ascends to the ranks of holy matrimony, and decides to garner herself a new friend. She does so in the form of Harriet Smith (Mia Goth), a girl of unknown parental pedigree, and an obvious source of manipulation and romantic control. Harriet is head over heels for one Robert Martin (Connor Swindells), a poor dairy farmer, and Emma immediately turns Harriet’s attentions away form the young lad, convinced that she can do better than a commoner.

Emma is not without her detractors, as her decision to meddle in Harriet’s life causes friction with family friend Mr. Knightley (Johnny Flynn), who belielves that Harriet was better off accepting Robert’s proposal instead of going after something “better” in Emma’s eyes. As Emma tries her best to be the matchmaker she thinks she is, her entire efforts bring forth a wake of broken hearts, romantic hilarity, and her own deviation into a romance that she didn’t think was going to hit her between the eyes as it does.

Autumn de Wilde tries her best, but the film flounders trying to find itself midst the fray of situational humor and dramatic tension. The film can’t seem to decided whether it wants to be a funny adaptation of Jane Austen’s famed novel, or whether it wants to be a satire of the period drama as a whole. Jokes are coming fast and furious, but they tend to miss the viewer more times than I’d like, and the actors sway greatly between trying to emote true dramatic acting range or ham it up for the jokes. As such, Emma has a very difficult time finding it’s own particular groove, riding the fence post, so to speak, and never really giving itself over to any one particular side. Funny? Sure, it can be. Dramatic? Again, it certainly can be. But at the end of the day the film is not anything more than the sum of it’s parts and manages to alienate fans of the original Jane Austen novel and movie, as well as fans of cheeky modernist satire on the whole genre. 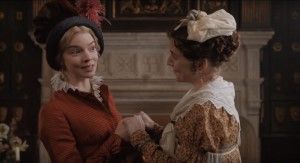 Good grief, Universal didn’t skimp on the encode at all now did they? Emma looks spectacular on Blu-ray, with one of the most vivid and colorful film presentations I have seen in ages. The 1.78:1 framed image is just bedazzled with soft pastels, strong primaries, and a penchant for making the white’s of the movie almost blinding in their intensity (and by that, I don’t meant they boosted the white levels to blooming, but that the color white in the movie is so startlingly bright and strong that it’s certainly awe inspiring). The colors are just resplendently saturated throughout the 2+ hour film, and never once did I see major banding or black crush. Details are top notch, showing off every curve of the human face, ever button on an intricate dress, and every drop of mud debris from a well to do gentleman’s boot sole. Skin tones are spot on, and while the bright whites sometimes make them a bit more pale than expected, it’s never a sickly hue, but a clean and clear one. Absolutely one of the best looking Blu-ray’s I’ve seen all year.

The 5.1 DTS-HD MA track is no slouch either, offering a very sumptuous sound stage for the comedy. Musical score is rich and vibrant, while the typical front heavy dialog is crystal clear at all times. Voices are razor sharp and centered up in the middle of the room, while the mild ambiance of a party, or the clopping of hooves on a dirt road fill out the surround channels. LFE is comfortably active, even though it never gets wildly aggressive on the low end. Most of the bass is relegated to some small intense moments or to accentuated the score itself. Still, it’s very very well done and highly refined with a fairly expansive sound stage and rich dynamics. Well done Universal. 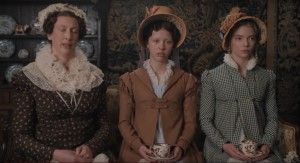 ​
Emma is cheeky and witty, blending elements of true drama under the guise of a biting comedy. Everyone involved does a great job with the roles they have been given (especially Mia Goth, I adored her in this film), but at the end of the day the movie does struggle a bit with finding it’s own identity. Jokes were fast and furious and while the misses are frustrating, there were more hits than there are misses. The Blu-ray looks and sounds jaw dropping in the technical department, and the extras (while modest) are worth checking out. Worth a rental for fans of Austen and other period piece dramas.