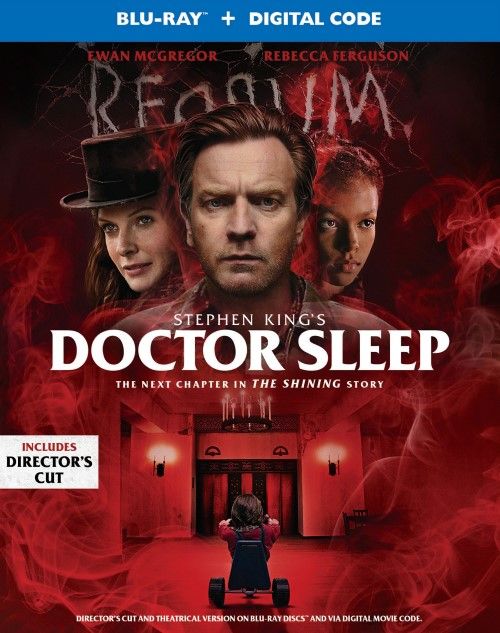 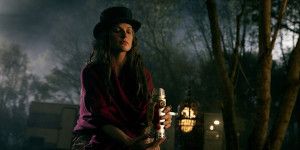 Movie
A sequel to one of the most prolific horror movies of all time is bound to be controversial. Especially from a movie that was controversial to begin with. While many consider Stanley Kubrick’s The Shining to be one of THE BEST horror movies of all times (myself included), it was also loathed by it’s own creator. Stephen King hated the film so much that he actually went on record as saying he was disappointed he gave the movie rights away as Kubrick supposedly butchered his intents for the film. Even movie fans can be split on it. While most love Kubrick’s work, there are a vocal segment that side with Steven King, as there were some major tonal changes from the book.

King himself penned Doctor Sleep back in 2013, effectively creating a sequel to a book that had long been put on a pedestal for being a veritable masterpiece, and it was only inevitable that the book would come to the silver screen. I was very, VERY nervous going into Doctor Sleep knowing that a sequel to an iconic film is going to be met with huge preconceptions and the stereotypical “how it should be” type of mentality. I can’t say that I don’t appreciate decades long over due sequels, but that they can be a hard sell to an audience who has worshiped the original for so long, making any alterations or directorial changes to the tone an odious stench to it’s fans. However, Doctor Sleep actually ended up being a VERY fun and well made film. I still think Kubrick was the master for a reason, but Mike Flanagan’s Doctor Sleep sticks much closer to King’s novel of the same name, and expands dramatically on the supernatural elements of the story.

Years after Danny’s (Roger Dale Floyd as a child, Ewan McGregor as an adult) escape from Overlook Manor with his mother, he is still haunted by the past. His mental powers that manifested fully in the ghost ridden Overlook Manor have plagued him his whole life, sending him down the path of alcohol to numb the voices in his head, and suppress his abilities. However, there are other forces at work out there, including a roving band of gypsy like “people” with abilities like his own called “The Knot”. These empowered folks find and hunt down children that “shine” like Danny did, taking their essence (which they dub “steam”) and use it to extend their own lives exponentially, as well as augment their own supernatural powers. 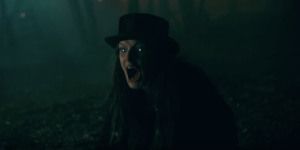 The Knot ends up homing in on a girl named Abra Stone (Kyliegh Curran as a teenager, Dakota Hickman as a little girl) who has powers that vastly dwarf anyone that they have ever seen. Abra’s powers are so immense that when she reaches out in panic and fear after psychically seeing the Knot murder another child, she accidentally connects with Dan, who has been getting himself clean and sober. At the behest of the spirit of Dick O’Halloran (Carl Lumbly), Dan must do what he can to keep the girl safe and out of the clutches of The Knot. This leads them back to the one place that they can use that is strong enough to overpower the combined forces of The soul sucking gypsies...where it all began at Outlook Manor.

Doctor Sleep uses flashbacks and recreations of The Shining intermingled with the new material, and creates a film that definitely tries to please everyone. Sadly it won’t exactly please everyone, but the good parts definitely outweigh the bad ones by a good margin. Some of the homages and recreations from the Overlook Manor are a bit cringey at times, but also extremely effective at bringing the story back full circle. Ewan McGregor, Kyliegh Curran, and Rebecca Ferguson all 3 do a masterful job at their roles as well. I was very surprised at how quickly the 152 minute theatrical cut was, and even more pleased that the 180 minute behemoth that is the Director’s cut turned out to be as well.

After watching the director’s cut and checking through the special features, it’s pretty obvious that said Director’s cut was more than just a simple afterthought. The cut was assembled and edited at the same time as the theatrical cut, and does more than just splice in a few scenes. It changes the pacing a bit, expands upon certain story points, and actually trims and re-arranges other scenes for a more streamlined effect. It IS a bit heavy at 3 hours and 14 seconds long, but I do fully think that the Director’s cut is THE definitive cut of the film, although it is a full 28 minutes longer than the already hefty 2 hours and 32 minute theatrical cut.

Rated R for disturbing and violent content, some bloody images, language, nudity and drug use.

Shot on digital cameras and transferred to 4K, the downrezzed Blu-ray looks about as good as the format can possibly manage. The film is filled with a cornucopia of colors, ranging from muted blues, to vivid daylight shots that are drenched in a sort of hot honey scheme (those colors are a bit more tamed and dimmed in the 4K UHD I noticed upon comparing). Both the theatrical cut and the Director’s cut looks spectacular, and due to the fact that the Director’s cut wasn’t just added scenes, Warner was smart and put both cuts on separate discs to minimize compression issues. There is some slight banding in a few of the darker shots, but they’re fleeting and barely noticeable. Overall detail levels remain extremely nice, with every line and crease of Ewan’s weather worn face showing, as well as the fibers and oddities of the hotel carpet even. This is about as good as the Blu-ray format allows for an image, and about as perfect as can be.

The Dolby Atmos track found on both the Blu-ray and the 4K UHD disc is absolutely superb, and another demonstration of perfect audio. The track gets right to the point with a focuses assault on your senses with the various supernatural elements in the movie’s story. Rumbling windows, throbbing bass line and crazy environmental nuances make for an awe inspiring experience. The overheads aren’t used all the time, but when they are they really stand out, especially in the scenes where Rosie the Hat invades Abra’s mind. Surrounds are used to the max, with all sorts of forest and supernatural noises shifting directions and tenors at the drop of a hat. The vocals are never at fault once, and the dynamics shift from soft whispers to shrieks without ever sounding imbalanced or awkward.

• DIRECTOR'S CUT OF THE FILM - featuring nearly 30 minutes of new, alternate and extended scenes, selected by director Mike Flanagan, not seen in theaters.
• Return to the Overlook
• The Making of Doctor Sleep: A New Vision
• From Shining to Sleep

As I said above, I really enjoyed Doctor Sleep. It has some really nifty narration mystery boxes, and the ending was more than satisfactory for wrapping up Danny’s story line. The acting was superb, and while I would have liked to have had them dial back the homages and recreations a bit, bringing everything back full circle was more than satisfactory for this fan of The Shining. The Blu-ray disc looks great, about as good as the format gets, and the director’s cut is easily the most meaty and streamlined of the two cuts. My rating of 4/5 stems from watching the Director’s cut, as I give the theatrical cut a 3.5/5 rating. Well worth picking up though.

Thanks for the review. I agree that the first one (The Shining) was excellent. I have never read any of Kings books so I can't compare with the movie/book adaptations but I will see this follow up movie Doctor Sleep but to be honest, I kind of forgot the first one so will have to revisit that one and then this one.

Thank you for the review. I ended up renting this one an I was glad I did. Not because I didn't like it but after watching The Shining in the last 40 years I had a hard time with some of the special effects used in this movie. Sure The Shining had special effects like the old lady and the blood coming from the elevators down a hall but it was kept at a minimum and the rest was just suspense from the score and storyline. I felt Doctor Sleep had too much smokes and mirrors for my taste. Aside from that the acting was solid and had a descent story. Am I being too picky here?

I finally watched it this past weekend. In addition to the film being quite well crafted in the story department I also found it to be an exceptional aural experience. From the sudden dynamic shifts to its more subtle ambient bass notes that help shape the eerie atmosphere I was completely enveloped in the world of Doctor Sleep. This film was an absolute joy to watch : )
You must log in or register to reply here.
Share:
Facebook Twitter Reddit Pinterest Tumblr WhatsApp Email Link