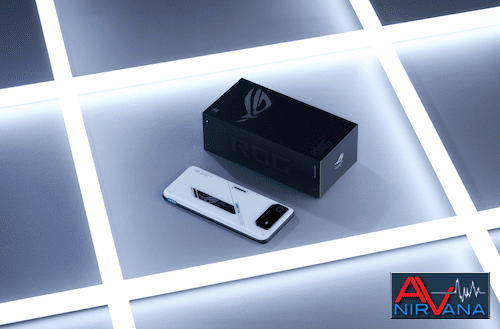 Dirac and ASUS Push the Boundaries of Mobile Sound in the New ASUS ROG Phone 6
Swedish digital audio pioneer Dirac and ASUS, a global innovator of phones, computers and electronics, today announced collaboration on the ROG Phone 6 series, which features audiophile-level sound quality that fully immerses gamers in the heart of the action and – yet again – establishes a new standard in mobile audio.

Dirac and ASUS previously collaborated on the ROG Phone 3 and ROG Phone 5/5s, both of which, at the time, pushed the perceived limits of smartphone audio performance and received some of the industry’s highest reviews and rankings for audio quality. Now, according to the companies, the bar for smartphone audio has yet again been raised with the launch of the ROG Phone 6 series.

“For the past two years, ASUS and Dirac engineers have continually challenged themselves to deliver better sound experiences with each iteration of the ROG Phone series,” said Mats Oberg, Chief Commercial Officer, Dirac. “Now, working with ASUS, we’ve integrated the Dirac Virtuo™ spatial audio solution into the ROG Phone 6 and 6 Pro to deliver something rare in the smartphone market — a gaming smartphone with truly immersive, audiophile-grade sound.”

Smartphone audio performance has, historically, been limited. The speakers are necessarily small and closely positioned, which can create an unsatisfactory, mono-like sound experience that lacks dynamism and immersion – even when the device features a two-speaker stereo system. Furthermore, the small speakers cannot reproduce all the deep bass frequencies found in the original content, which can leave gaming content sounding flat and lifeless.

The solution enables a spatial, expanded soundscape with accurate sound localization on the ROG Phone 6 series. The directions from which different sounds appear are heard with higher precision and accuracy. For instance, when opponents move across the screen, the player can clearly hear their footsteps – smoothly entering from left, approaching the center, and continuing to fade to the right, creating a true, authentic sense of immersion and spatialization.

Furthermore, its patented technologies phase-align the dual speakers to deliver accurate center imaging with enhanced clarity, contrast, and depth rarely heard on smartphones. To optimize bass performance and enable the ROG Phone 6 series to achieve deeper levels of bass than otherwise thought possible, Dirac Virtuo features an upgraded virtual bass technology that creates a deeper and more natural bass experience, yet with minimal unwanted colorations – allowing gamers to not just hear the sound but also feel the energy and excitement of gameplay.

“Our multi-year collaboration with Dirac has repeatedly challenged the smartphone audio status quo and created entirely new listening experiences for our gaming community,” stated Bryan Chang, General Manager of the Phone Business Unit, ASUS. “Each ROG smartphone offers a significant leap forward in terms of sound quality, audio immersion, and bass performance – and the ROG Phone 6 series is no different. Thanks to our ongoing collaboration with Dirac, we’re yet again equipping our community with a sound experience that will impress even the most discerning gamer.”

Together, these technologies deliver a high-quality, immersive gaming experience that even the most discerning audiophiles and passionate gamers will appreciate.

The new ROG series includes the ROG Phone 6 and the ROG Phone 6 Pro, the most powerful ROG Phones ever made. They are powered by the latest flagship Snapdragon® 8+ Gen 1 Mobile Platform with up to 3.2 GHz CPU clock speeds, up to 18 GB of LPDDR5 RAM, and up to 512 GB of storage.

The GameFX audio system on the ROG Phone 6 series features symmetrical dual front-facing stereo speakers, along with a 3.5 mm headphone jack. The smartphone will also support the ROG Cetra True Wireless headphones, which feature the Dirac OpteoTM sound optimization solution – which digitally optimizes the headphone’s sound to overcome hardware limitations and enable them to perform at their full potential.
[//float_left]
Click to expand...