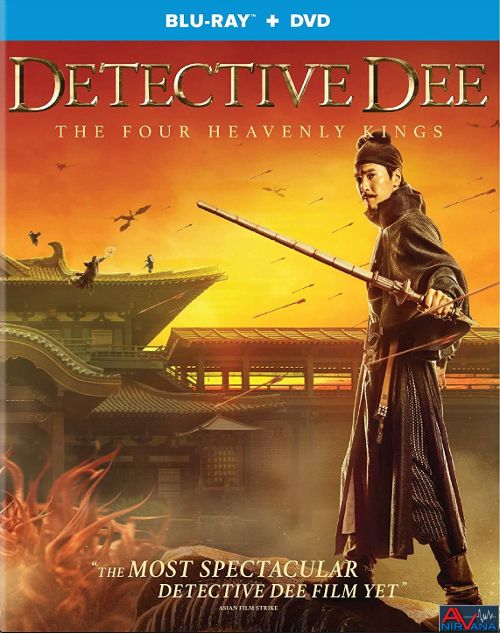 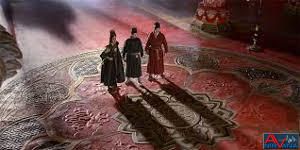 Movie
Tsui Hark is kind of a Hong Kong cinematic legend along the lines of John Woo and countless other directors of the 80s and 90s. I’m actually surprised the man is still directing at a rapid pace some 30 years later. He’s still a bit of a strange bird in his directorial style, usually having some sort of style over substance direction to his movies, and he loves to lean towards the supernatural. Thus, the adaptation of the (now) three Detective Dee films is right up his alley. The first one was a fun little flick that mixed in bits of BBC Sherlock with Robert Downey’s Sherlock Holmes further embedded them in Tang Dynasty legends. It’s a fun twist that has gone well for the three films so far, and I’ve enjoyed every bit of them. This third entry is actually Tsui Hark’s most accessible film yet, forgoing much of the loose plot structure and leaps in plot hole logic that he’s so infamous for, in lieu of more traditional storytelling (albeit with a supernatural twist that he LOVES so much). I ended up enjoying The Four Heavenly Kings even more than Rise of the Sea Dragon, and almost on par with the original film. It’s got a few typical Tsui Hark foibles in the third act, but overall it’s a fun action/mystery film with a great cast.

The film takes place shortly after Young Detective Dee: Rise of the Sea Dragon as Dee (Mark Chao) is being honored for taking out the mystical Dragon with a gift of a magical mace. This mace is reportedly made from stardust and harder than anything on Earth, giving it’s owner powers (that are sadly unexplained for the most part) over even the Emperor himself. The Empress Wu Zetian (Carina Lau) is not exactly pleased with her husband’s gift of the mace, and sets out to make sure that Dee can never use this power against their dynasty. Using her husband’s “golden guard” and a conflicted Yuchi (Shaofeng Feng), who is friend’s with the great detective, and a group of mystical sorcerers, the Empress sets out to take the mace back and take out Detective Dee Renjie if she can.

As much as the queen is the obvious villain for her treachery, there is a much more malevolent force controlling the mystical sorcerers and the even the Empress herself. A powerful magic (that is seemingly SO real, but tricks in the end) force is pulling strings, shifting things around pitting friend against friend in order to deal a death blow to the Dynasty that put them in exile decades ago.

Like most of the Detective Dee films, there is a whole host of bad guys with ill intent, and part of the fun of the movie is watching out how these conflicting forces turn into the real villains, and who will end up being allies in the end. Dee himself is one of those brilliant detectives who always has a hand in the pie, making him one step ahead of most others, while Yuchi makes a perfect foil as the duty oriented soldier. The Empress and her conniving ways makes her pretty despicable, but it’s not till the second half of the film that you really figure out who you’re rooting against at the end. I’d like to say that Tsui Hark doesn’t stumble and falter in his third act, but if you’ve been a fan of Hark for a long enough period of time you start to realize that’s how things are with his films. Luckily the third act stumblings are fairly minor, and he really hasn’t chopped up the editing to the point of being confused like he normally does. The film is quite self explanatory most of the time, but it’s when Master Yuan Ce gets introduced that things get a little “weird” (perfectly normal for a Tsui Hark film though). The Buddhist underpinnings kind of rob the film of some of the action at the end, setting up a redemption story for the nonredeemable, and making me scratch my head a few times.

Mark Chao has really come into the role this time. Originally Andy Lau (the hardest working Asian actor alive in my opinion) played an aging Dee, but in the last film Chao took over the role as a much younger man. I really like his direction and ticks, as he fills the character with a lot of pep and excitement as the younger variation of the famous historical man. Carina Lau is deliciously despicable, (and she has played the Empress for all three films), while Yuchi is wonderful as the butt kicker of the series. While there certainly is a bit more substance this time around, Detective Dee: The Four Heavenly Kings is ALL Tsui Hark, and that means there’s going to be quirks, twists and leaps of logic here and there to get used to. 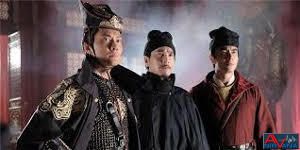 Well Go USA has given the digitally shot film (Red digital cameras to be precise) a wonderful looking 1.85:1 AVC encoded Blu-ray to enjoy. The film was originally 2.39:1 in it’s theatrical run, but also had a 1.90:1 for the IMAX presentation, so I’m ASSUMING that they edited it for the home video release to be somewhere in between that for some reason (I have no idea if it’s cropped to achieve 1.85:1, or opened up like the IMAX, but looking at the framing of the action I’d assume opening up). The digital image is nothing short of perfection, and the usual Well Go USA banding and black crush are practically nonexistent (there’s a few seconds in the opening shot, and one scene with fog that MIGHT be some in the third act, but it’s so fleeting that I’m actually second guessing myself there). The film is glossy and shiny, with bright warm primary colors for the luscious outfits of the court, and appropriately dim when the movie calls for it. The sequences at Dee’s headquarters lean towards a very heavy blue push, while the open air battle of the third act is much more natural and clean. Tsui grades his films very specifically, but this one is less gray than I’m used to for the Asian market. It’s a great looking transfer for sure, and pure eye candy.

The DTS:X Mandarin track housed on the disc is absolutely nuts and off the walls. I haven’t heard a bombastic track with this many directional shifts and insane whomps of bass for a while. Thanks to the unique weapons in the film, we’re privy to a whole host of sounds that zip from one end of the sound stage to the other. The ghostly blades whip around from the rear, shift over to the right and then rebound right back to the front as they boomerang around. The overheads get some really cool effects with monsters throwing stuff around, and the chase where the assassin Moon Pool falls through building, or when the dragon crushes the roof of the imperial palace. Bass is devestatingly powerful, just smashing and crashing things everywhere with deep waves of LFE that don’t ever seem to stop. The audio nerd in me was grinning from ear to ear listening to the insanity and loving every second of it.

I’ve really enjoyed all three Detective Dee films so far, and have enjoyed where Tsui has taken the series. The Four Heavenly Kings is easily the most accessible of the three films, and seems a bit more polished and focused than his last outing in particular. Chao is my favorite of the two actors who have played Dee over the trilogy so far, and I’m really hoping that Tsui decides to continue on with the series, as there’s a myriad of old legendary material for him to pull from still. The Blu-ray is nothing short of stunning, showcasing perfect audio and video to enjoy, but sadly (and typically) having almost no extras. Still, definitely worth a good watch.

yeah, Well Go USA prices their titles reasonably. I've always been a huge fan of how they balance cost vs. value