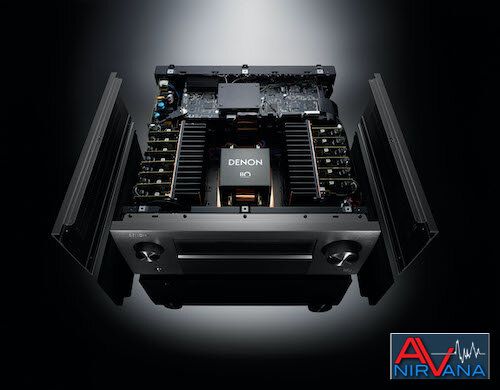 (September 8, 2020) Audio fans! Have a seat, buckle up, and get ready to depart on an AV party train. Denon has officially unveiled four new premium special edition products to celebrate 110 years of manufacturing excellence. Finished with unique silver-graphite coloring and branded with a special “110 Anniversary” logo, Denon’s new quartet of gear has all the makings of something special (and more).

Reigning supreme over the group is a beastly piece of kit: the all-new flagship AVR-A110 8K AV Receiver. Priced at a whopping $5,499, this new 13.2-Channel master of ceremonies has all the fixings to drive a mind-blowing home theater experience. The heart of the AVR-A110 is an 18-pound high current power transformer with custom caps, capable of delivering 150 watts per channel (8ohm, 2ch driven). Just imagine the results when that kind of powered is paired with one of many available immersive formats (including Atmos, DTS:X, the expanded DTS:X Pro, IMAX Enhanced, and Auro-3D) in configurations ranging from 7.2.6 to 9.2.4.

On the video front, the AVR-A110 is locked and loaded to handle both 8K/60Hz and 4K/120Hz video, along with key features of the HDMI 2.1 specification. For now, 2.1 gives home theater enthusiasts a large data pipeline and Enhanced Audio Return Channel (eARC) with promises of future-proof playback performance. But for gamers, technologies such as Auto Low Latency Mode (ALLM), Variable Refresh Rate (VRR), and Quick Frame Transport (QFT) are ready and available to eliminate annoyances like frame tearing for remarkable gameplay sessions with next-generation gaming consoles.

Of course, music streaming is centered around HEOS built-in, which plays host to multi-room and whole-home audio and a wide variety of popular music services such as Spotify, Pandora, TIDAL, and Amazon HD. Owners can also take advantage of streaming via Wi-Fi, Bluetooth, and Apple AirPlay 2. And for those looking for the purest of audio experiences, the AVR-A110’s Pre-Amplifier Mode disengages internal amps for a cleaner signal path and more tolerance in clipping when using external amplification. 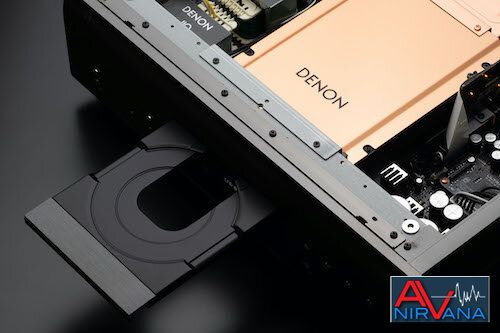 Denon’s final two special edition products are sources, headlined by the $2,999 DCD-A110 SACD player. Possessing the ability to playback CDs, SACDs, CD-R/RW discs (up to 48kHz), and both DSD (2.8 MHz/5.6 MHz) and Hi-Res audio files (up to 192kHz/24-bit) committed to DVD-R/RW and DVD+R/RW discs, the DCD-A110 provides wide-ranging coverage of nearly any disc-based media. Much like the AVR-A110 and PMA-A110, the DCD-A110 uses a Quad Digital to Analog configuration and processing handled by Intel’s Ultra AL32. Sound quality is further enhanced by fully independent power supplies for both digital and analog circuits and Denon’s Suppress Vibration Hybrid mechanism.

Shipping is expected to begin in October.

And, last but not least, Denon is giving vinyl-lovers access to a moderately priced audiophile-grade cartridge ($599). The all-new Moving Coil DL-A110 phono cartridge is outfitted with an SME or bayonet tonearm interface. Based on Denon’s DL-103 cartridge built during the 1960s, the DL-A110 is handmade in Denon’s Shirakawa, Japan factory, and sports a headshell design originally developed for Wideband stereo FM broadcasters. Shipping is currently projected for November.

For more information about all of these special edition products, including key specifications, visit usa.denon.com. 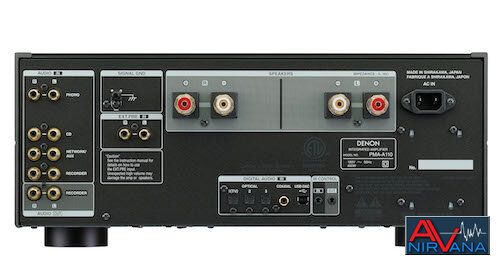 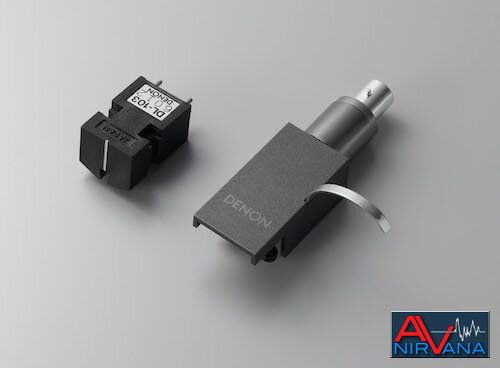