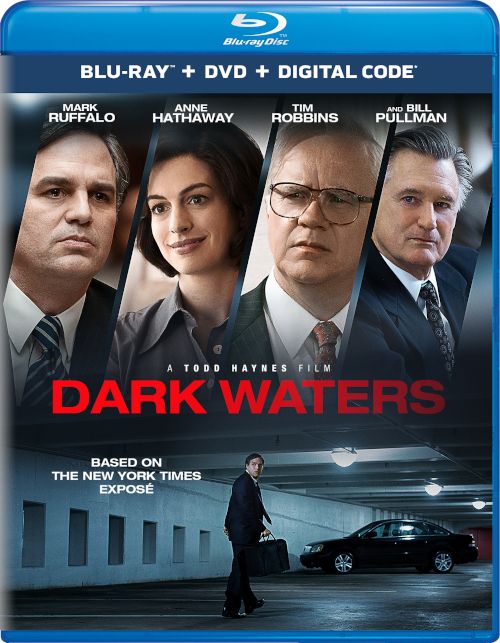 Movie
You have to wonder how much of the things we take for granted, and the chemicals we employ in everything from shoes to cooking utensils actually affects us long term. Many of the chemicals we grew up with have been banned, and there are a cornucopia of new chemicals released every year, all the while the big giant industrial sized corporations tell us that we’re safe. Then in a dozen or so years reverse their decision after long term testing has proven otherwise. While I’m not advocating going back to the stone age, throwing out all your pots, and never using chemicals to get rid of bugs in our fields, but it does make you wonder how many of the “new” diseases we suffer from have cropped up en masse just as our industrialization era has really kicked off. Simply put, man sometimes mistakes, and other times willfully ignores danger signs due to dollar signs in their eyes, and people years down the road pay the price. Just look at the problems we have created in the gulfs. Oil spills that affects the ecosystem in ways we can’t completely predict. Flint Michigan where the water supply has remained tainted for years, and the constant debate about vehicular and factory emissions into the air. It’s a miracle we haven’t killed ourselves by accident, and it’s insanely frustrating to read about issues where someone KNEW that there was a problem, but did nothing anyways.

Instead of going after Flint, the oil companies, or someone more obvious, Director Todd Haynes brings us back to my teenage years. Back in the early 2000’s there was a HUGE hullabaloo about Teflon coatings and how they could be poisoning us with the miracle of “non-stick”. Everyone and their mother through out Teflon coated products and replaced them with stainless steel and carbon steel pans, or reverted back to the old fashioned cast iron products to cook their food. Mothers got in a tizzy, and every new tech site was claiming to have come up with something better and more sophisticated. That seems to have mostly died down now (and there are new variations of Teflon that have come out), but back in the early 2000s it was a HUGE deal in middle and lower class America.

Rob Bilott (Mark Ruffalo) is a corporate lawyer who has just made partner at his law firm when he is approached by a friend of his grandmother from his home town of Pakerville West Virginia. This friend, Wilbur Tennant (Bill Camp) claims to have evidence of chemical poisoning in his cattle herd. At first Rob refuses to even consider the man’s plea due to being a corporate lawyer who protected chemical companies, but the passion of Wilbur bent his ear enough to make him look at the evidence. From what Rob could see, the DuPont Corporation (the makers of Teflon) had a dump site just down the road and MAYBE there could be chemical contamination.

Taking the case turns out to be a heroes journey and a curse for the young partner, as he’s now up against the biggest and greatest corporations and lawyers the U.S. has to offer. He’s a corporate lawyer who just announced that he’s going to war with the very corporation that he usually defends. Digging deeper and deeper there’s obvious chicanery going on with DuPont, but every time he makes a step forward, DuPont digs in their heels and refuses to give him the information he needs. Suing the company brings forth more evidence and more bolstering of his theory, but the giant corporation has their hooks in everyone from judges to scientists to government employees, effectively stymieing his progress. But every step forward brings Rob closer and closer to finishing his goal, even though it is stripping years from his life.

Dark Waters is a generally effective corporate drama that really shines in the first half of the film’s 2+ hour run time. The first half is actually really intense for a legalize film, with several “shocking” turn of events that have the audience on the edges of their seats as we travel the maze of lies and deceit from DuPont. The second half of the film is where the movie falters. The first hour is all about Rob’s initial investigation and it layers this few year period quite well. The second half jumps from year to year to year very quickly, basically giving us a few bullet points from each time period before moving on. As the case of the investigation took over 17 years, that last 14-15 year period goes by in just the case of the last hour. As such it feels hurried and more of a synopsis, leaving the dramatic tension that the first half built so elegantly to go by the wayside for expediency. It’s a matter of pacing, and it sort of shows it’s cracks and stumbling in that second half. Still, it’s quite a solid thriller, having been ripped LITERALLY out of the headlines from the article “The Lawyer Who Became DuPont’s Worst Nightmare” a few years back, and really does work. Ruffalo is excellent as the beleagured Rob, and the supporting cast of Bill Pullman, Anne Hathawy and Tim Robbins play their parts to a T. There’s some obvious hero worship of Rob Bilott from the writers of the film, but it plays well as a thriller, despite me knowing very little about the actual workings of the DuPont case (outside of my memory about my mother throwing away all her non-stick pans due to the scare).

Dark Waters was filmed digitally but intentionally given the look of 35mm film, complete with faux film grain, teal and golden color grading, and a slightly slightly soft look to some of the highlights. General detail levels remain VERY high though, and the noise that simulates faux grain is never obtrusive or too digital. A few times I actually forgot that we were watching a digital production and actually sort of saw it as film stock itself. The color grading is a bit cool and odd, but the details are shockingly clear, and the nuances in dark shadows is excellent (Rob lives in dimly lit offices and farm houses for much of the film). I mentioned above that there was some softness to the picture, but it is very minimal and only seems just enough to give the whole thing a sort of aged and dreamy look. Otherwise this is an an exceptional looking 2.39:1 framed AVC transfer.

I’m going to admit that I was a bit surprised by the audio mix. Even though it’s a “simple” 5.1 DTS-HD MA lossless audio mix, and a dramatic film to boot, the audio is more than engaging. The farm world of Parkersville is nice and open, while the courtroom scenes are bustling and brimming with surround activity. LFE is tight and clean most of the time, but there are a few dramatic moments where the score really brings in some deep low end to accentuate some exciting discoveries. My walls shook and flexed more than once as Rob was finding out some deep, dark, secret of DuPont’s. The dialog is always crisp and clean, but I did feel it was recorded a bit lower than the ambient volume, but not by a whole lot. It’s really only a thing when the super dramatic score hits those earth shaking bass moments, and you feel like the pulsating score sometimes drowns out a few very whispered moments.

Dark Waters is a very solid legal thriller. It goes to show us just how much we implicitly put our lives and health in the hands of people who are trying to sell us something. Something that has become a subject of great controversy and been under great scrutiny for the last 20 years or so. It’s a sobering reminder of who we put our trust in, and how it is our duty to hold them responsible for it as well. The second half of the film suffers from some uneven pacing issues, but the story is solid, and the video/audio specs on the disc are stunning. The extras ARE a bit meager, but all in all those who enjoyed the film will love the Blu-ray, and it’s definitely a good legal thriller midst a whole herd of “meh” that has been released recently. Solid Watch.

Thanks for the review. This will be a rental for me so I will check it once available on amazon prime/netflix.

I think the second half of the movie had to be done that because of DuPont doing everything they could to delay and stall the progress of the lawsuit. Frankly, I'm shocked that no one from the company went to jail over this. The only way we're going to fix corporate greed is to punish the executives who knowingly make decisions that harm the public. Frankly, if people die because of their intentional malpractice, they should get the death penalty.
You must log in or register to reply here.
Share:
Facebook Twitter Reddit Pinterest Tumblr WhatsApp Email Share Link