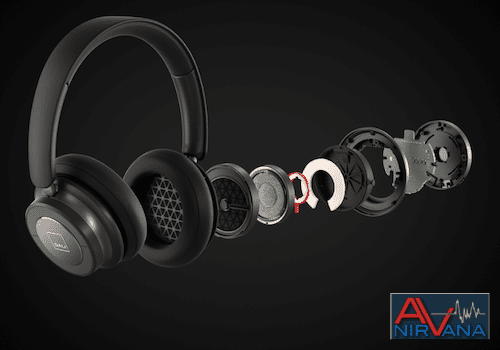 (October 30, 2019) With the holidays peeking around the corner, DALI has officially launched two new IO series Headphone models. Feature-rich, functional, and comfortable, the IO-6 ($499) and IO-4 ($399) can be ordered now with shipping pegged to begin in November.

The IO-6 and IO-4 both ship in Carmel White and Iron Black, offer comfortable construction thanks to materials such as memory foam, present over-ear designs, and carry broad compatibility with streaming technologies such as AptX, AptX HD and Apple AAC. In fact, they deliver the exact same sonic playback capabilities thanks to a paper fiber diaphragm and 50mm neodymium magnet system. The biggest difference being active noise canceling operation, which is present on the IO-6 along with the IO-4’s 60-hour battery life (double that of the IO-4).

Connectivity options include Bluetooth, a USB-C for digital audio access, and a single-side analog jack input on the left earcup for passive operation. User controls are also present on the left earcup, giving owners the ability to manage playback, on/off power operation, phone calls, and volume levels. For more information about both IO models, read Lenbrook’s full press release (below). 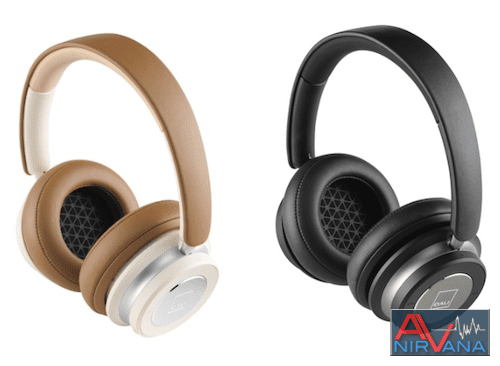 Pickering Ontario, Canada October 29, 2019– Lenbrook Americas today formally announced the launch of DALI IOheadphones to the U.S. market. Two “over ear” models to start, the IO-6($499 U.S. MSRP) is an Active Noise Canceling (ANC) wireless headphone while the IO-4($399) offers similar features and performance without ANC. Designed for the modern music lover, both IO models deliver remarkable sound quality utilizing a large 50mm driver with Neodymium magnet in a closed-back design. Bluetooth 5.0, AAC and aptX HD provide wireless freedom and convenience though either model can be used wired, if so desired. The IO models are offered in choice of Iron Black or Caramel White and available to order now, with deliveries commencing in November..

Performance - Since 1983, DALI has enjoyed a worldwide reputation for engineering excellence in loudspeakers. The company leveraged their decades of speaker expertise with the IO headphones by taking a ‘ground up’ approach in how to improve on the state of the art. Starting with a custom-designed 50mm driver, utilized in both the IO-6 and IO-4, DALI engineers chose a paper fiber diaphragm, similar to what is found in their most expensive speaker designs. They then used an optimized neodymium magnet system to achieve low distortion, minimal coloration and accurate dynamics.

Connectivity - DALI IO headphones are designed primarily with wirelessBluetooth use in mind. For the best possible Bluetooth performance, they supportthe latest high-quality audio codecs: AptX, AptX HD and Apple AAC.For fast battery charging and best possible quality, DALI IOheadphones use a USB-C connector which supports digitalaudio and allows music to be streamed in CD quality from aWindows or Mac OS computer. Use of a USB-C connectoralsoavoids the common failures with micro-USB connectorsresulting from incorrect insertion.

In addition to Bluetooth and USB connection, IO headphones also incorporate a traditional wired analog jack input located on the left ear cup. The wired input enables connection to legacy sources and in-flight entertainment systems and works when the headphones are switched either on or off. When the headphones are switched “off” they operate in a simple passive mode; none of its control functions will be operational. Use in passive mode means that a drained battery need not interrupt headphone listening.

Ease of Use –DALI engineers also focused on ease of use and intuitive operation. Their design solution was to have the three maincontrol buttons elegantly integrated into the design of theright ear cup.The logo plate is the multi-function button for controllingPlay, Pause, Next, Previous, Take Call and End Call. Theupper and lower part of the ear cup outer ring, whichsurrounds the logo plate, control Volume Up and Downrespectively.To further support the user experience, the IO headphonesfeature voice prompts that provide feedback on the state of operation,connectivity, battery level and ANC mode (IO-6 only).On/Off, Pairing and Battery Level are also indicated visuallyby two multicolor LED indicators on the right ear cup.