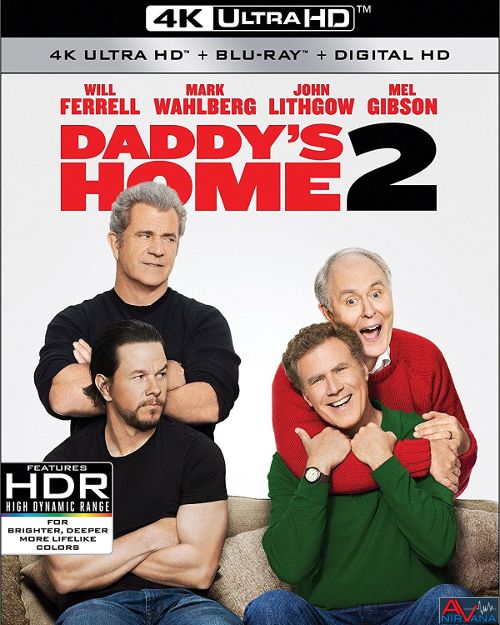 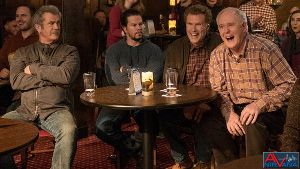 Movie
It seems to be time when all of the Christmas holiday films come out on Blu-ray, and this year its been the year of sequels. Bad Moms 2 was just in a few weeks back, and this week it’s followup to 2015’s mildly entertaining hit, Daddy’s Home. I actually rather enjoyed Daddy’s Home, even though it’s rife with cliches and childish Will Ferrell humor (which sadly is no where near as funny as his 90s and very early 2000’s work). The idea of using blended families as the ground work for strife and humorous situations is a relatable to a large portion of the world (I believe more than 40% of families have been through a divorce), and the pairing of Marky Mark and Will Ferrell made for some good chuckles along the way. However, this was not a film that was screaming for a sequel, as the film had already pushed the limits of what it could accomplish in the 96 minutes it had originally, so I’m more than a bit skeptical of these cash grab followups. I’m going to sound like the father from Fiddler on the Roof here, “but on the other hand!”, the sequel has the powerhouse duo of John Litghgow and Mel Gibson, and lets face it. Mel Gibson can do no wrong, acting wise, in this reviewers eyes.

Co-dads Brad (Will Ferrell) and Dusty (Mark Wahlberg) have finally come to an amiable conclusion to their testosterone fueled competition from the first movie. In fact, they’re pretty much the best of friends. The two blended families share responsibilities with their kids, share hot cocoa on cold days, and have both adapted to living in the same vicinity as their respective new families. However, their buddy bliss is about to be tested as their OWN father’s are coming in for the Christmas holidays, and some proverbial scat is about to be flung about. Dusty’s dad Kurt (Mel Gibson) is coming to town, and Dusty isn’t wildly enthused by the idea. If we thought that Dusty was the big bad wolf of the family, his dad is something else. An ex NASA astronaut, and military guru, he outshines his son in every way and Dusty knows it. Brad’s daddy Don (John Lightgow), is just an extension of Brad’s overly soft persona, and acts as the visible counter balance to all of Dusty and Kurt’s machismo.

While the family seems to be getting along fine, Kurt sees the “wussification” of his son, and makes it his one and only goal to show just how messed up their relationship is. Instead of just having Christmas with a blended family, Kurt stokes the coals a bit by per-emptively booking a B&B Christmas resort for the families so that they ALL have to spend Christmas together (and hopefully ruffle a few feathers in the process). As much as Dusty and Brad don’t want it to happen, the inevitable happens. The two men see the chasm that is between their two families, and the resentment that has built up between them, and has been sugar coated for far too long, begins to seep out, and the hilarity ensues. 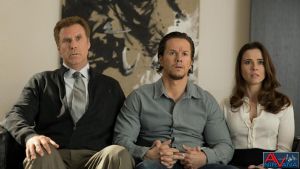 Daddy’s Home 2 isn’t exactly a NEEDED film, but it’s certainly a pleasant enough film for what it is. If I had to give an HONEST opinion, the movie itself is decidedly sub par to the original. It’s really just a rehash of the same type of interpersonal drama that fueled the first film’s controversy, but just changing position with the Dad’s dads being the the instigators this time. HOWEVER, I really did enjoy the addition of John Lithgow and Mel Gibson into the mix. Once again, Mel Gibson proves that he is still one good actor, and turns a mediocre movie into a decent one just by his presence alone. Gibson hams it up on screen with his portrayal of the “totally big daddy” persona that he earned from his action days, and probably makes some of the best one liners in the film (although, the daughter begging for a shotgun for Christmas and shooting the turkey is probably the best scene in the movie, and with her delivering the best one liner as well). John Lithgow is never a bad thing, and while he’s not on top of his game in Daddy’s Home 2, he does a great job as the overly enthusiastic father of Brad.

I can’t say that Daddy’s Home 2 is a GREAT film, or even a needed film, but it does provide the humor when necessary. I admit to chuckling more often than not, and while it’s trite and repetitious in the way that it unfolds, is safe and comfortable at the same time. Nothing about the movie screams “MUST HAVE!”, but I laughed and chuckled where appropriate and had a good time doing so. This time Brad and Dusty are less antagonistic, and the conflict between them is resolved much neater and cleaner as well (despite the constant jabs and knife twisting that goes on with Kurt’s constant intervention). Still, I think this was much more a John Lithgow and Mel Gibson movie than anything else. Which I also don’t think is a bad thing. Mel is a personal favorite of mine, and he has fun playing the jerk here, but Lithgow seems a bit bored with the role. Which is something that detracts a bit from the humor at times.

Rated PG-13 for suggestive material and some language 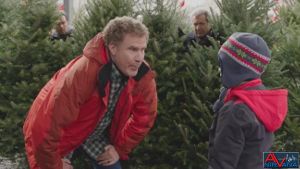 This will start a new trend for home theater reviews. As of now, we will be reviewing the 4K UHD disc only in the case of dual releases, and not doing a Blu-ray review AS WELL as a 4K UHD disc review (unless we have different versions to compare against) and will now be just inserting the score numbering for the Blu-ray release as comparison against our 4K review for those who haven't upgraded to 4K UHD. This will reduce clutter in cross posting reviews and simplify things a bit).


I can’t tell if Daddy’s Home 2 was sourced from a 2K master or a 4K master, but it WAS shot using Arri Alexa and Red Weapon cameras (which is an 8K sourced camera), and the 4K presentation is nothing short of amazing. Comparing against the 1080p Blu-ray nets a much nicer image, with more detail across the board and a more robust color saturation. Daddy’s Home 2 is a pretty looking film to begin with, and sports great looking close ups, and some fantastic detailing along the faces and backgrounds. I did notice that the extra clarity DID bring along a downside, as you could tell that there was more hair dye running through the cast than a whole beauty salon. Contrast is evenly balanced, and even the darkest of scenes show off great shadow detailing. Overall, an excellent looking picture.

The Dolby Atmos track is a bit overkill for the comedy track, but it is a pleasant experience nonetheless for a comedy. The Atmos ability of the track isn’t always fully utilized, but it does add a sense of spaciousness and aural intensity to the track that a 5.1 track would be missing. There’s a few uses of the overheads (such as when Brad cuts down a cell phone tower), and the film is overall VERY nicely laid out. The music flows nicely among all the channels, and the LFE is punch and tight when called upon. Vocals are clean and clear amidst the craziness, and while it is a bit front heavy for a goodly portion of the time, is a well done track that will please listeners without qualms. 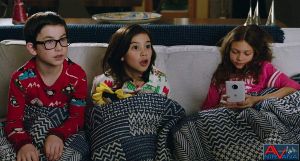 Daddy’s Home 2 isn’t exactly the bastion of creativity (it’s basically a reverse version of Bad Mom’s, just without the overly coarse humor), but it is certainly tried and true as the “buddies at war” comedy genre can muster up. It’s safe, funny, (at times), and predictable to the core, but I was still quite entertained. Blended families are rife with frustrating humor, and the leads have a whole lot of fun with the concept as well. Audio and video are excellent for the comedy genre, and the 4K UHD actually shows some really impressive increases over its 1080p counterpart. Once again, I loathe to say that the higher price isn’t worth it, as the 4K UHD disc has the best video score (although maintaining the same Dolby Atmos track found on the Blu-ray), and while it’s not the greatest comedy on earth, makes for a fun rental. Especially if you enjoyed the first film.

Thanks for the review. I still need to check out the first version. lol. Will see if they are available on amazon prime/netflix.