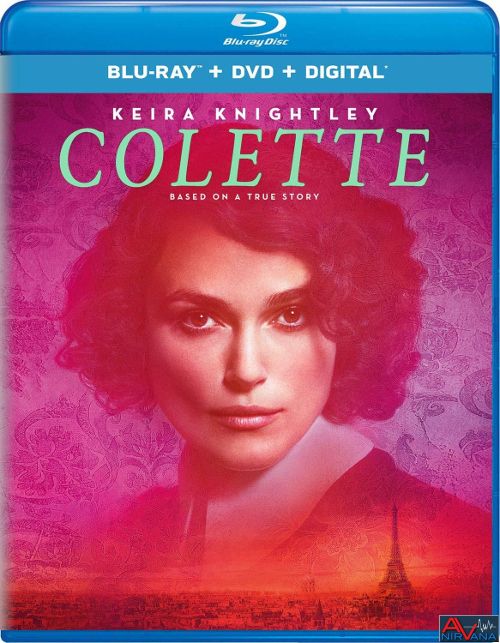 Movie
A biopic about Sidonie-Gabrielle Colette is sure to be fascinating, if not downright salacious in nature, so I was naturally intrigued by the film when it crossed my review desk a few weeks back. For those of you not in the know, Sidonie-Gabrielle Colette (we’ll call her just Colette for the rest of the film) was an early 20th century writer who started out ghost writing for her first husband, and then moved on to the theater, ending up writing over 30 novels and scripts over the years, and was the inspiration for the hit film Gigi with Miss Hepburn herself. However, one of her more notable features was also her loose sexual appetites and her dalliances with females across Paris. Appetites that were only matched (if not surpassed) by said first husband. The film itself tries to take the account of the female author and turn it into a tale of liberation and discovering one’s identity, but in doing so sort of white washes the young girl’s life just a tad and bypasses many of the harsher aspects of her life (although some of it is most definitely true, especially in regards to her husband, Willy).

A young country girl, Colette (Kiera Knightley) is swept off her feet by French literary entrepreneur Henri Gauthier-Villars (Dominic West), a dashing man with a taste for the ladies, and thriving ghost writing crew working under him with his authors name of “Willy”. Soon after marrying her love and moving to Paris Colette has to come to grips with the fact that her husband is a serial philanderer, and a smug egotistical jerk at that. While she’s pining away at home he’s shagging the low hanging fruit of Paris, which leads her to loneliness and despair. However, as was the way of early 20th century Paris, Colette came to grips with the fact that her husband was always going to have a wandering eye, and started to even ghost write for him as well, crafting a near autobiographical character by the name of Claudine in a rather racy novel that became the hit of all Paris

Claudine was the just the start, and Willy had no intentions of letting his golden goose go to waste, forcing Colette to work long hours to create more and more stories in order to keep the cash flowing. He bought her a house in the country to work in, and due to the fact that she had become desensitized to his carnal proclivities, allowed her to have her own dalliances (also with women). With Willy’s heavy handed attempt at writing and Colette’s eyes wandering just as much as Willy’s, the two began to drift apart. Something Willy couldn’t stand, forcing the jealous “husband” to sell the Claudine books and tear his wife’s soul from her chest.

Colette is an interesting biopic, and follows, in many ways, very true to the source material of the real Sidonie-Gabrielle Colette’s life. However, they sort of toned down the bawdiness of her life. While Willy and Colette most certainly have their dalliances in the film (and they certainly are frequent), they are rather tame and amusingly cliched. It’s true that Colette usually dated only women, but in the film it’s just hinted that they’re simple relationships, and only a few people at that. The reality of the character was that the real life Colette was MUCH bawdier and much more salacious in nature (reportedly even seducing her 16 year old step son), and she was every bit a female version of Willy in that regard. The same goes for their inevitable divorce at the end of the movie. In the film they craft it as her throwing off Willy’s heavy yoke, while in reality Willy got jealous when Colette told him that she wanted to stay married, but keep their love life “open” per se, and she left when they couldn’t reconcile.

The acting is top notch all the way around, and this is the first time that Kiera Knightley has had a really meaty role for quite some time. Ever since the last Pirates film with her in it, her career kind of stagnated and her minimal roles were simple and matter of fact. Colette gives her an actual character to absorb herself into and she does a magnificent job at playing the country girl turned into Parisian writer. She’s strong, powerful, and emotes with incredible intensity (especially during the 2nd half of the film when she’s exerting her independence). Dominic West is deliciously egotistical and witty that you adore to hate him, and hate to love him. Chewing up the scenery at all ends, he makes Willy the most pompous jackass that you could ever meet, but one who is so witty and charming that you can understand why he was known as the lover of Paris. The film itself works as biopic about one of the stranger female writers of the early 20th century French writing scene, but feels a bit awkward on the women's lib front, when neither Willy nor Colette are exactly what you would call roll models.

One last thing which actually had me rate the film half a star less than what I wanted. The entire product was done by a British production company, with British actors, while playing about a French writer in France. As such the film feels very much “British” in feel, which loses some of the French nuances of the film. The sexual proclivities of the two seem a little out of place with the prim and proper British accents masquerading as French accents, especially if you know anything about the culture of Paris at the time. Personally I really wish that they had gotten a French production company and actors to do the film, as it might easily have made a more resonate connection with the subject matter.

Rated R for some sexuality/nudity

Colette was shot with Arri Alexa digital cameras and captured at 2K for the home video master, and the period piece french biopic looks quite good on Blu-ray. Being a period piece drama, Colette has a slightly stylized approach to the color grading, with hints of yellow and mahogany for the darker sequences, in contrast with the lovely French countryside that features vivid greens, yellows and various other primary colors. The darker shots tend to showcase a little bit of banding, but it’s not really that bad and while it is fairly constant, isn’t that intrusive at all. The clarity and sharpness of the picture is quite good, allowing for plenty of detail among the period piece clothing and textural backdrops in Willy’s office and other Parisian locales. The color grading and unique styling of the film keeps it a bit softer than normal, which is where the 4/5 rating comes from, otherwise this hovers very close to a 4.5/5 quality film.

Like most dramas, Colette is a fairly front heavy affair, content to live in the mains and center channel, with ambient background noises filling out the rear end of the room occasionally. Most of the surround activity comes from Colette’s home in the country, with the little chirps and sounds of her childhood home. There’s a bit of rumbling in the theater and the dramatic score, but the bulk of the audio is the dialog track. Said dialog is strong and clear, with no sounds of imbalanced nor distortion, and accompanied with the ambient noises of Paris makes for a pleasing track. LFE is restrained, but is noticeable when a train rumbles in, or when a heavy wood door smashes shut. It’s not a powerhouse track, but one that does everything asked of it in a dramatic film without question or problem.

​
Colette is an interesting biopic about one of Frances more bawdy and colorful female writers. It tries to be a woman’s lib type of narrative, but in that aspect it fails just a bit due to the fact that both she AND her husband are not exactly the type of person you would like to be as a role model. However, as a biopic it is quite a work, with strong acting and deliciously wicked script. My complaint about this being a British film vs. a French one notwithstanding, Colette is an entertaining period piece drama with an all star cast. It’s not perfect, it’s not exactly exemplary, but it is a solid biopic about a writer who has influenced modern cinema quite strongly with some of her works. The Blu-ray is a solid effort as well, giving us stable audio and video, but rather mediocre extras. Certainly worth checking out if you’re a fan of period piece biopics.