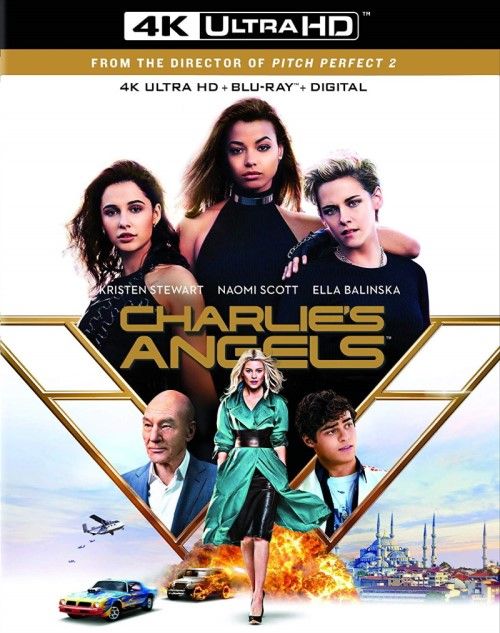 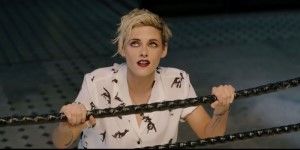 Movie
I grew up watching the ORIGINAL Charlie’s Angels TV show with Farrah Fawcett on syndicated channels, midst shows like Black Sheep Squadron, M.A.S.H. and countless episodes of daytime judge shows (Judge Judy etc) I got in a healthy dose of scantily clad heroines kicking butt and taking girl power names. As a young adult I actually liked the Drewy Barrymore/Lucy Liu/Cameron Diaz film remakes (even though the second one wasn’t nearly as good) and had a good old time watching the trio of women ham it up on screen. I’m not one to play the whole “ermagoodness! that’s feminazi trash!” routine when I watch my films, as I really just like to lose myself in entertainment. As long as they’re not beating you over the head with whatever messages they have underneath the general story line I’m good to just sit back and chomp away at my popcorn. HOWEVER, Charlie’s Angels 2019 is something even I couldn’t ignore.

Elizabeth Banks of Zach and Miri, Pitch Perfect fame was the brain child behind this needless reboot. She wrote, directed and starred in the film, as well as hand a hand in producing it, AND advertising it out the ying yang back in last 2019. The casting of Kristen Stewart (who seems to come from the acting school of Steven Seagal judging by her facial expressions) made me hesitate just a bit, but then came the media snafus. Elizabeth Banks sort of went overboard with her statements about how if this movie flopped it just proved that the patriarchy was alive and well etc. I started getting a little Ghostbusters reboot desperation vibe coming from her, and the warning bells went off fully within the first 15 minutes of actually watching the movie when I realized that this was a flaming bag of dog poo left on our cinematic porches.

The film opens up with an Angel named Sabina (Kristen Stewart) who is putting on seductress decoy mission for Bosley (Patrick Stewart) who is bringing in a whole team of Angels to capture an arms dealer. Mission goes well, everyone cheers and we then fast forward another year to to the present where Bosley is retiring after 40 years (we get a little montage of his history as Bosley, bringing back pictures and scenes from the original Angels, as well as the 2000 era reboot in one nice little wink at the camera) midst the cheers and cries of all his friends and other Bosleys (it’s revealed here that Bosley is a title or rank, and there are many Bosleys all over the world helping Angels the globe over).

There’s an unfinished mission on the table, though. Whistle blower Elena (Naomi Scott) has been working with another Bosley (Djimon Hounsou) only to be killed in action when someone who doesn’t want Elena’s secrets about her boss’s new battery exposed sends an assassin after her, killing Bosley in the process. Taking over for the dead Bosley comes in a NEW Bosley, otherwise known as Bos (Elizabeth Banks) who wants to make sure everything goes as smoothly as possible. Poor Selena is now sucked into a world of subterfuge and spywork as Sabina, Jane (Ella Balisnksi) and Elena have to track down who is after her, and get the device from her company that she’s leaking information on to the CEO of the company so that he can put a kibosh on the misuse of it.

Yeahhhhhhhhhh. Sadly Charlie’s Angels 2019 falls as flat as can be, and the protestations of Elizabeth Banks in the news media has really kind of backfired against her. The claims of sexism and misogyny within half of your target demographic is a sure fire way to alienate a good chunk of your box office chances. Unfortunately it’s not just Banks and her mouth that’s a problem. Her script, her direction, and her casting choices are heavily at fault here. The movie is one giant beating over the top of your head with #MeToo style language, ridiculous sequences that are only there to serve as “lesson” and plain inept screen writing. I hate to say it, but I could have overlooked a lot of the writing flaws she had actually made a good movie. Girl power movies can be a whole lot of fun, but all of the “fun” has pretty much been sapped out of the production. The dialog for the heroes is completely out of a Human Resources anti-sexual harassment notebook that you can’t help but laugh at the clinical and robotic nature of it, and the dialog of the villains caters to the “evil Misogyny-R-Us” handbook that it just becomes wince worthy.

The action is lackluster with bad editing, the humor is pretty much nonexistent (I mean, there are lines that Elizabeth Banks obviously considers “jokes”, but nothing I would actually laugh at) and the over the top dramatic pauses as they all but break the 4th wall and stare at the camera saying “look, this is an important social message” just got old after a while. I wanted to like Charlie’s Angels 2019 simply because I like the franchise that came before it, and usually don’t put much stock in the hullabaloo where one political side is getting outraged at the other side and vice versa. Usually those turn out to be way overblown and instead they’re just missing out on a fun movie. Not this time. Everything wrong with Charlie’s Angels 2019 can be summed up with two words. Elizabeth Banks. The direction, acting, casting and writing from her is especially abysmal and the movie itself is so bad that I actually can not justify keeping it around, even though I love all things Charlie’s Angels.

Rated PG-13 for action/violence, language and some suggestive material 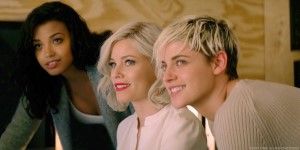 The 4K UHD disc is a bit of a mixed bag, but generally very pleasing to the eye. The film was supposedly shot with a variety of different cameras and on the 4K UHD disc you can really tell as the film changes from shot to shot. Some shots look great (the cafe, outside in the greenery after they escape the assassin), while others are soft and not very sharp at all. Digital noise is a problem in some of the low light shots, but general detail levels are quite good. The HDR is most apparent in the outdoor sequences with lots and lots of light, and the black levels are actually deeper and richer as well thanks to said HDR. The overall disc is good, but it’s not a MASSIVE leap forward over the excellent Blu-ray. Still, the disc is a nice little upgrade and fine tunes some of the limitations of the Blu-ray colors and better in terms of lack of artifacting.

The DTS:X track that Sony employs is only moderately better than the Blu-ray to my ears. It’s a good mix and carries with it much of the same goodness that the 5.1 DTS-HD MA track did with the Blu-ray release. However, there’s not a whole lot of overhead usage except for a gunshot that goes straight up overhead. Outside of that scene, they’re not used AT ALL to my ears. I turned down the mains and the surrounds and kept the overheads on, and it was dead silence outside of that single scene. Eeery. The bass is punchy and wild at times, while the dialog feels clean and precise. It’s a good mix but one that makes me feel that this whole label of “Imax Enhanced!” on the audio mixes is just advertisement. The DTS:X mix is nothing but a 5.1.2 track that gets converted to 7.1 if you don’t have Atmos/DTS:X capable gear. Overall, good mix, but more similar than not when compared to the 5.1 DTS-HD MA track of the Blu-ray. 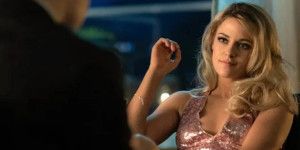 • Gag Reel – Check out these fun and never-seen-before bloopers saved from the cutting room floor!
• 5 Deleted Scenes
• 4 Behind-the-scenes Featurettes
-- "Stronger Together: The Sisterhood of the Angels" – Watch how the Angels trio of Kristen Stewart, Naomi Scott & Ella Balinska prepared for their iconic roles and formed a genuine sisterhood on set.
-- "Elizabeth Banks: As BOSSley" – We'll take a look at why the Charlie's Angels Director, Actress, Writer and Producer Elizabeth Banks is the perfect person to reintroduce audiences to this beloved, fun and action-packed franchise.
-- "Warriors on Set: Angels in Action" – The cast & crew take a look at some of the biggest action scenes from the film, including a peek behind-the-scenes of the stunt rehearsals with the cast.
-- "Tailored for Danger: Styling the Angels" – Learn all about the glamourous costumes, hair and make-up used to create the glitzy world of Charlie's Angels!
• "Don't Call Me Angel" Music Video featuring Ariana Grande, Miley Cyrus & Lana Del Rey

As I said above, I actually wanted to like Charlie’s Angels. I liked the fluffiness of the 1970s TV show, the slapstick nature of the 2000’s reboot movies, but was horrified at the tone deaf nature of the 2019 film. Banks wanted this to be super duper PC and “woke” so badly that she lost sight of the pulpy core that is the heart of the franchise. Cute girls, girl power, and fluffy humor with action. What we got was an overly woke borefest that just couldn’t manage to awaken a modicum of energy in this viewer. The Blu-ray by Sony is perfectly fine, with good audio and great video, with some pretty standard extras. Personally, I would just skip the film though, as as the main story is nothing to really write home about.