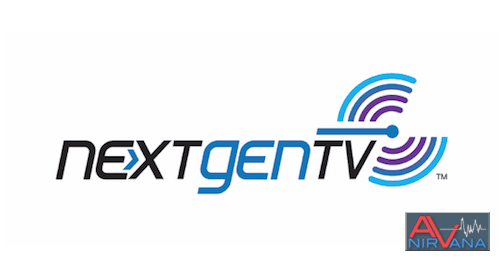 NEXTGEN TV is a consumer friendly name for the new ATSC 3.0 standard, standing as the most substantial over-the-air broadcast TV innovation since the transition to digital broadcasting during 2009. Unlike former standards, NEXTGEN TV is a hybrid technology that intertwines internet content with a traditional broadcast signal, making features such as video-on-demand a reality for antenna users. Because of its advanced operating features, the technology isn’t compatible with the current ATSC 1.0 broadcasting system. That means broadcasting stations will need to transition to the new standard, which is currently being launched by local TV stations across the US.

For more information about ATSC 3.0/NEXTGEN TV, visit www.atsc.org on the net.

Nice. My 2012/2013 TV is getting old and even is not smart anymore.. Can't update to latest apps so have to think of upgrade soon.

Let's see how these new nextgen TV's are.

lol. It is always like you are on the platform and a new train comes in every few min.. Eventually you have to get on one of those trains, which means, the next train you miss. lol.

Isn't that the truth. Say, let me ask you a question. If you were buying a new processor what one would you buy?
AVM60, 8805, XMC-2, or what in this price range?

The Anthem AVM 60 and Marantz AV8805 are both excellent pre-pros. They are both very similar. If you need room EQ, from what I have read, it would be good to go with Anthem but note that legacy connections are gone with the AVM60 so you have to see what you are connecting to..

I am not familiar with Emotiva XMC-2.
C

@CES 2020 there is something called Micro LED it is even better than the current OLED that you and I now have ..