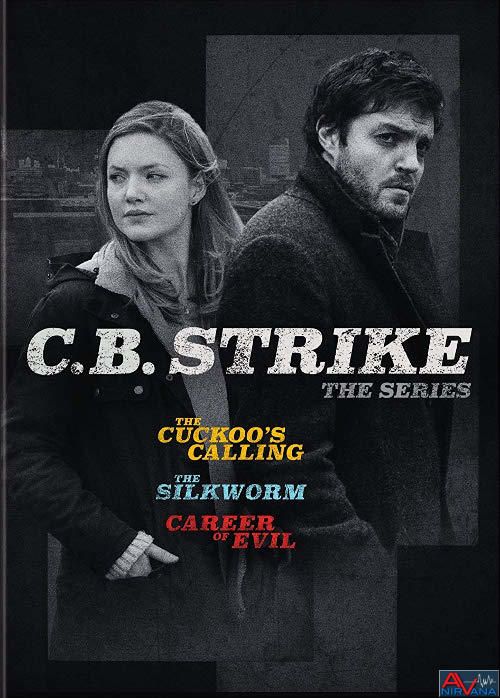 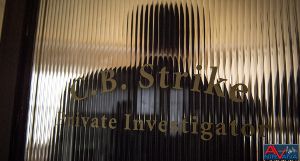 Movie
While J.K. Rowling is most famous for her Harry Potter universe books and films, she has also dabbled in muggle based mystery novels under the pen name of Robert Galbraith. The C.B. Strike series of novels started being published in 2014, and it wasn’t very long before Galbraith (or Rowling really) had her first novel turned into a TV series. Well, I should say a TV mini series as C.B. Strike mimics the style of the BBC’s Sherlock instead of your traditional 10-20+ episode style that the American public is used to. Instead, the series uses 2-3 episodes per “season” (which are really just comprised of each of the three novels that were published at the time), and stretches them out to a full hour in length. Each episode being heavily serialized in nature as well.

I went into C.B. Strike: The Series COMPLETELY blind. Besides knowing that J.K. Rowling was the actual author of the series of books, I knew next to nothing about the characters, actors, or issues that the series had coming to screen. As a complete virgin to the books and TV show, I was more than pleasantly surprised with what I watched. The show plays off a bit like a mix of Sherlock and Sam Spade, with a bit of a British twist that his delightfully charming. It doesn’t have the benefit of having big name stars like Benedict Cumberbatch and Martin Freeman, but Tom Burke and Holliday Grainger do well with the typical gumshoe material.

Long story short, Cormoran Strike (Tom Burke) is a down and out private investigator who is on hard times. Like most of his ilk in cinema and novels, Strike was a brilliant man who lived a more privileged life, but is now living out of his private office, one paycheck away from bankruptcy, and really no one likes his harsh attitude. He’s introduced to his new temp secretary, one Robin Ellacott (Holliday Grainger) when she’s foisted on him by his temp agency, and before long the two are investigating a murder that has befallen a family friend. 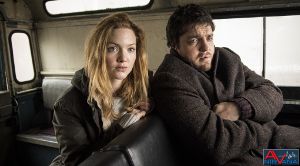 The first novel, “The Cuckoo’s Calling” is the longest of the three “seasons”, but it is actually the best as well. Cormoran Strike is hired by the brother of a deceased childhood playmate to investigate the suspicious suicide of his sister, only for the gumshoe to find out that thins are not as they seem. The second season, titled “The Silkworm”, kicks it up a notch when the wife of a notorious writer goes missing, and Strike is once more hired to figure out WHERE he’s gone. The third season (from the third novel “Career of Evil”), brings things a bit more personal when Strike and Robin receive a mysterious package in the mail that contains a woman’s severed leg, leading Strike to figure out who is out to get him, and why. The third

C.B. Strike, across all three seasons, left me with this nagging feeling that I had seen this before. And then it hit me, I had seen this before, in a half dozen other TV shoes and novels. This is your typical gumshoe material, with some fairly typical scenarios playing out. Now this isn’t a bad thing, as mystery writers have done this for hundreds of years (read Arthur Conan Doyle’s works, and you’ll soon realize just how many mystery novelists have copied him over the decades), and the end results speak for themselves. The series is quite enjoyable and a treat to watch, as the real pull of the series comes from Cormoran Strike and Robin. Their relationship is slightly atypical in that there is not sexual/romantic tension between the two as in most of these stories, but instead Robin acts as a female Watson in a sense. She’s a solid friend, and a valuable aid in his studies, and sort of “centers” strike as he deals with his own interpersonal demons. 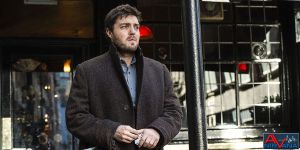 Shot on digital cameras and given the typical TV aspect ration of 1.78:1, C.B. Strike: The Series looks pretty solid on DVD. The daylight shots seem to have a slightly cool look to them, with fairly neutral colors and a good display of details. The night time shots tend to look a bit more burnished, with splashes of gold from the street lights, as well as some intermittent digital noise issues and some banding cropping up. The details vary from scene to scene, but overall the image is more than adequate and some of the daylight shots look simply staggering in their clarity. The budget for the show must not be wildly high, as there are a variety of cameras used in the filming process, and each one contributes to the inconsistent quality form scene to scene. Still, don’t get me wrong, this is a good looking show for the most part, and the transfer (despite the digital noise and banding) is more than enough to please most fans.

C.B. Strike sports a fairly typical 5.1 Dolby Digital track that sticks pretty much to the basics for a dramatic show. The mix is decidedly front heavy, with a majority of the weight being handled by the center channel with the two mains handling the rest of the work. Surrounds are mainly relegated to the hustle and bustle of English traffic and city hubbub, but there are a FEW small things that liven up the rear channels now and again. I was actually surprised at how hot the LFE channel was, as they really mixed it hot and heavy for the score (the opening theme song ends with a HEAVY bass line that really shakes the walls). It’s not a wild or overly energetic track, but the 5.1 mix is more than capable and does the job asked of it without complaining.

• The Cuckoo’s Calling (New Featurette) – Diving into murder and intrigue, Robert Galbraith introduces characters Cormoran Strike (Tom Burke) and Robin Ellacott (Holliday Grainger) from the C.B. Strike trilogy.
• The Silkworm (New Featurette) – Jumping back into their roles for the second installment of C.B. Strike, Tom Burke and Holliday Grainger explore the deeper side to their characters’ newest journey and the perks of filming in London.
• Career of Evil (New Featurette) – Plunge into the exciting third installment of Robert Galbraith’s detective series C.B. Strike with in-depth insights from actors Tom Burke and Holliday Grainger as they leave London and discover the deepening relationship between Cormoran and Robin.

Again, C.B. Strike is nothing new in the mystery genre, but it is a fun series that really is a delight to watch due to the characters. The fat is trimmed dramatically from your standard 10+ episode standard and the 2-3 hour run time per mystery makes it go by at record pacing. Supposedly the 4th novel, “Lethal White” will be around the corner shortly, and that it very well may dramatically shake up the entire structure of the show (however that might play out). I for one am looking forward to the Cinemax show and really do hope that the 4th novel comes to fruition on screen, as Burke and Holliday are fantastic together and, as a mystery fan, I can’t help but get sucked in almost as much as I do with Sherlock. Warner’s DVD set is pretty solid, with good video and audio, but only about 15 minutes of special features. Definitely recommended for a watch.