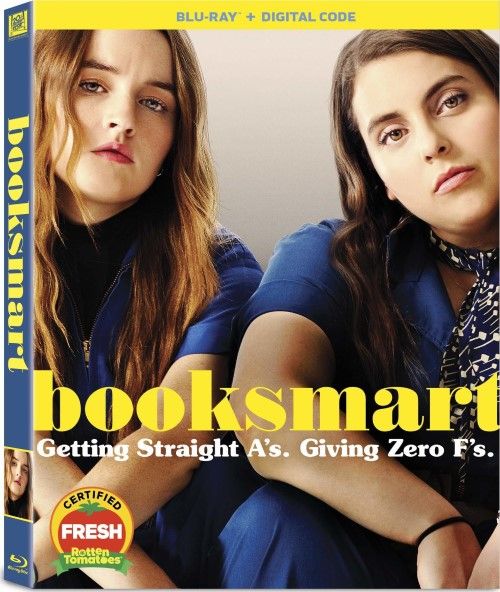 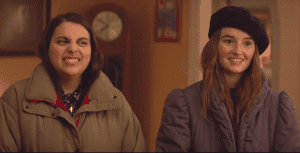 Movie
Back a few months ago when Booksmart got its limited theatrical run there was a LOOOOOT of positive buzz about the project. It was Olivia Wilde’s first time as a film director (which is why her husband, Jason Sudeikis, shows up in the film as the principal), it was hailed as a less raunchy and better version of Superbad, and an all around hilarious coming of age stories. Now, coming of age stories have been around for a long time, but with the introduction of Olivia Wilde behind the camera (I literally adore that woman as an actress) and the inclusion of Kaitlyn Dever from Last Man Standing (supposedly this was the reason that she was missing from most of the last season) I was there in spades. To temper my expectations I had to remind myself that indie dramedies tend to be hailed as the second coming of film making Jesus by critics, but tend to be a bit lackluster in reality. After chewing through the film twice (once last night, once this morning) I have to say that I’m glad I tempered my expectations. That’s not to say that the movie is some huge disappointment, but that most of the fawning and 100% scores for the film would have disappointed me as my suspicions of quirks and awkward scenes stemming from the indie dramedy world were true as well. The movie made me laugh, it made me roll my eyes, and I honestly think that Olivia Wilde pulled off a pretty successful teen coming of age story for her first time out, all hiccups not withstanding.

Molly and Amy (Beanie Feldstein and Kaitlyn Devers) are the two “smart girls” at their local ritzy high school. Both studied their tails off the last 4 years and have been accepted into Yale and Columbia University for their hard work. However, Molly is shaken to her core when she finds out that the “stupid” jocks that have been making her life hell for the last 4 years actually got into Harvard, Yale and other prestigious schools as well. With her “better than you” persona shaken, Molly realizes that they’ve been forgoing all the parties and frivolity of her classmates for nothing, and begs Amy to come along with her to the biggest graduation party of the year before they head off their separate ways.

Naturally things don’t go according to plan. Neither of the two of them know WHERE this party is simply due to the fact that the two haven’t traveled in the same social circles as the popular kids. But that’s not going to stop them, as the two party starved girls figure out a way to hijack a pizza delivery car, end up on a boat with thei richer than rich social reject Jared and his bizarre friend Gigi (Billie Lourd, Carrie Fisher’s daughter), and eventually getting to the party of their dreams and ending up being disillusioned with the whole thing.

Booksmart is witty and clever, but it does travel in the same well trodden social morays of coming of age films. Amy and Molly are the best of friends, both struggling with their own problems. Molly with being a pushy nerd who always gets her way in the friendship, while Amy is figuring out what she wants to do with her life, and her burgeoning sexuality as she’s been “out of the closet” for the last two years but hasn’t made a move on her crush yet. It doesn’t take a genius to figure out that her and her crush aren’t going to get together (they never do in these types of films, it’s the one standing in the background who will get that honor) in the film, but it doesn’t keep Amy from moping about it the whole time. The two have the typical end of the second act falling out as the two argue about where they’re going with their lives, and then everything gets wrapped up in pink ribbons and bows for a syrupy sweet happy ending.

I don’t know why, but Booksmart manages to walk a good tightrope over being raunchy, “woke”, and just plain silly at the same time. Sure, Amy and Molly are the quintessential Bernie “woke” teenagers that you see in stereotypes, but Olivia Wilde has enough sense to poke just as much fun the two characters and their overly goofy social issues as they do the crazy situations the girls get themselves into. Beanie and Kaitlyn are fantastic as Molly and Amy, with Kaitlyn’s trademark dry humor at play from Last Man Standing. HOWEVER, it’s really Billie Lourd who steals every scene she’s as Gigi. A lot of the jokes are a bit too “indie” in nature (if you’ve watched Indie comedies/dramedies before than you’ll know the flavor I’m talking about), but whenever Gigi was on screen she had the entire audience busting up laughing. The film doesn’t always work with its jokes, with some of them being a bit too stupid for the intelligent style drama going on, while others being a bit too heady and missing the mark when they’re meant to be more frivolous. Wilde does a solid job locking down the main plot, but her take on humor could be a bit more finely polished with future work.

Rated R for strong sexual content and language throughout, drug use and drinking - all involving teens

The 2.39:1 framed AVC encoded Blu-ray is a crowd pleaser, but sadly I couldn’t find anything about it’s shooting style outside of the fact that it was shot using the ever popular Arri Alexa digital cameras. The unknown master looks great on the Blu-ray format, with a heavily stylized color grading that leans towards amber in many shots, and very neutral in others. Earth tones complement the bright jazzy colors of the girl’s party outfits, and while there’s a distinct amber push in many shots, skin tones stay natural and very appealing. Black levels are good, with only a few shots where I noticed some black crush in the background of a party.

The 5.1 DTS-HD MA track that Fox has on the disc is quite the pleaser as well. Even though this is a front heavy dramedy mix at times, there’s plenty of situations where the surround channels and LFE gets to come out and play. The sort of 80s/90s inspired score is loud and aggressive, permeating the whole of the sound stage with a light and airy feeling. Dialog is always clean and clear like it’s supposed to, and the LFE is pretty impressive with the party scenes and the sounds of slamming car doors and the like. The track may not be a Transformers style chaotic mix, but it’s very well balanced and has more activity than I was initially expecting.

Booksmart is witty, fairly intelligent, and solidly funny indie dramedy that had me chuckling many a time throughout the hour and forty five minute run time. There’s some mixed bag elements to Olivia Wilde’s first directorial debut, especially in regards to pacing and making every joke hit home, but the parts that are funny are REALLY funny (Billie Lourd stole the movie as Gigi). However, this is a passion project for sure, and with most passion projects from first time directors we get a LOT of enthusiasm and desire by all involved, but also the awkwardness and quirks that come from that inexperience as well. Booksmart is an overall fun movie that has a lot going for it, but you may not be dying of laughter like we were when watching films like Superbad (which the film is strangely compared to by everyone I’ve seen discussing the film). Audio and video are top notch from 20th Century Fox, and the extras are solid as well. Fun Watch.

Thanks for the review. Never heard of this one but after the review, will check it out.