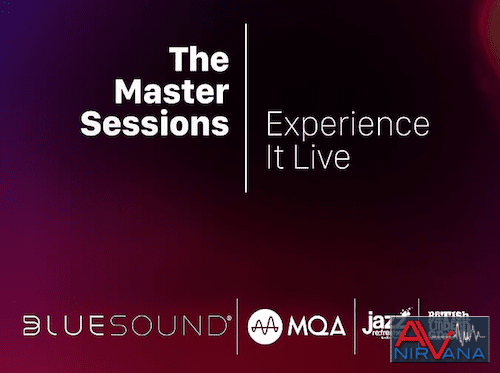 (January 9, 2020) MQA and Bluesound, two of the industry’s more notable streaming names, have joined forces to flex some audio muscle. The duo has planned a unique live-streaming event featuring musical acts in two distinct parts of the world. Organized with the help of Jazz re:freshed and British Underground, “The Master Sessions” is intended to demonstrate how an authentic studio experience can be live cast directly to a home environment in true Hi-Res fashion.

The first event is set to kick off on February 5 at London’s British Grove Studios (London), where Mercury Prize nominees SEED Ensemble will play a live set. Then, more than a month later, Theon Cross is scheduled to play at the Orb Recording Studios (Texas) on March 19. Both concerts will be live-streamed using MQA’s unique ‘Music Origami’ folding technique with 192 kHz resolution. The resulting audio package will be sent to over 100 audio retailers around the world and decoded by Bluesound Hi-Res audio players. While that means music fans won’t be able to experience either concert in their home, it does mean that many Bluesound dealers in the UK, Europe, United States, and Canada will host public listening sessions.

“As accomplished live musicians, the idea that high-resolution audio technologies like Bluesound and MQA can offer a studio experience at home was something both SEED Ensemble and Theon Cross were keen to support,” says Jazz re:freshed co-founder and co-chief executive, Justin McKenzie. “They believe, as we do, that technologies like these bring artists closer to their fans by literally delivering the sound of the studio.”

McKenzie is scheduled to host a supporting invitation-only discussion panel in coordination with SEED Ensemble’s performance. The panel will talk shop about music and technology.

For more information about The Master Sessions, visit TheMasterSessions.com on the net.