Blinded By the Light - Blu-ray Review

Blinded By the Light 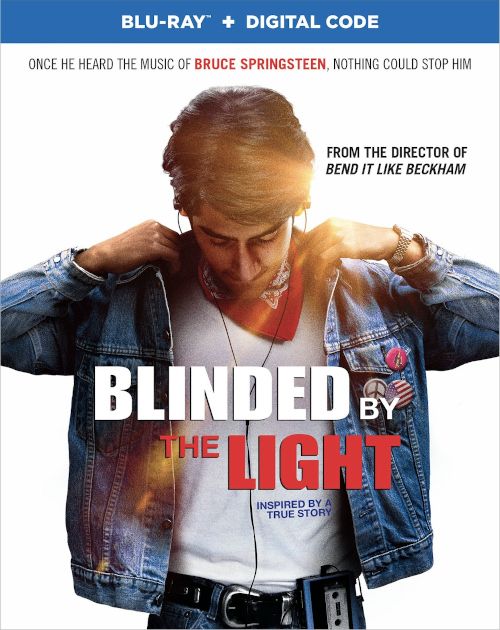 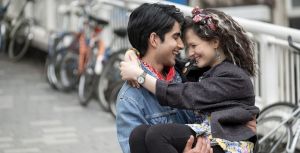 Movie
Biopic films have become all the rage the last several years, but even more so than biopics is a new fad. Films that base their plots upon the musical influences of others. The best way of describing Blinded By the Light is that it is a more musical version of Yesterday, except instead of being a movie about a guy influenced by “The Beatles”, it focuses on how the music of Bruce Springsteen influence a kin in London. I wasn’t sure how I would like the film based upon the trailers, but since I really enjoyed Yesterday when it came out a few months I was willing to give it a go, and came out pleasantly surprised. I still think that Yesterday was the clear winner in regards to musical biopic coming of age stories, but Blinded By the Light is a fun and uplifting films about following your dreams, and infusing some great music along the way. It never reaches the emotional heights it so obviously is aiming for, but the film is still quite a bit of fun.

The year is 1987, and the place is Luton, England. The jobs are at an all time low, the economy has crashed, and an influx of Pakistani immigrants over the years has sort of balkanized the general populace, and fueled by the anger and depression of low employment. Young Javed (Viveik Kalra) is one of these Pakistani immigrants, having lived in England his entire life when his parents up and moved away from the low options that was Pakistan. He tries to meekly make his way through high school, getting pushed around by the local skin heads, and not really finding a cliche that he fits into. That is until he is befriended by a Pakistani Sikh named Roops (Aaron Phagura) and introduced to the man who would change his life forever, Bruce Springsteen.

Back in 1987 Bruce Springsteen’s light was starting to fade in an era where kids were listening to Poison, Motley Crue, Guns N’ Roses and Metallica, and Bruce was kind of considered “old fogy music. Javed somehow is spoken to by Bruce’s blue collar music, and completely sinks his heart and soul into living his life according to Bruce’s words. However, life isn’t as rosy and cheeky as we would want, and Javek has to come to grips with a set of parents who want him to be more conservatively Pakistani, while desperately trying to break out and be his own person. It’s a coming of age story that we all know too well, as a young man finds out what is important in his life, and has to figure out where his priorities are as he stretches his new found wings of freedom.

Blinded By the Light is a predominantly airy and lighthearted film, giving us that taste of uplifting excitement as we watch Javed become his own man. A timid and mousy boy at first, his love of writing draws him closer and closer to Bruce’s messages, and comforts him in the typically uncomfortable process of changing from child to adult. It’s a sweet tale that hits all of the right buttons and all of the right nuances to be enjoyable. The story is basic and never really pushes boundaries, but it is so hypnotically enthusiastic as it blasts Bruce Springsteen from every scene that you can’t help but get carried away with the fun of it all. Javed is a very relatable kid to man, coming from parents who hen peck him, a job economy that stinks, and the desire to be something, someone, MORE than what he was destined to be.

Rated PG-13 for thematic material and language including some ethnic slurs.

The digitally shot film is a looker on Blu-ray, but one that is given a distinctly stylized look to match the 1980s. The chromatic scale isn’t wide, but the colors are warm and inviting, with a heavy taupe grading to the whole picture. The film isn’t razor sharp digital like many pictures, but is given a lightly soft and warm look that is still plenty accurate in regards to color balance and details. Backgrounds in Luton are lovingly detailed, while facial details and clothing nuances are intricate and perfectly visible to the eye. I didn’t notice any major banding, black crush or other digital artifacting, and the only thing keeping this from being “perfect” is the fact that it was intentionally designed to look lightly soft and warm instead of digital sharp and picture perfect. Blacks are deep and inky, contrast spot on, and overall a very VERY nice looking Blu-ray.

The Dolby Atmos track is of a moderate activity level, filling the top of the sound stage with some discrete effects and some of the music, giving an overall excellent sound mix. The film is first and foremost a dialog driven one, and much of the time is spent in quiet submissiveness, with the bulk of the surround and overhead and LFE activity stemming from the constant flow of Bruce Springsteen music throughout the 2 hour film. The music is really the heart and soul of the film, driving it, pushing it, and generally filling it to the max. The LFE is tight and punchy, and while it’s main purpose is to fill out the music, it comes and goes with various car noises, a street fight, and a few other ambient noises. The same thing goes for the surrounds. There is the hustle and bustle of the Luton streets, the rumbling of a mob, and a few other ambient noises, but the majority of its activity comes from the before mentioned music.

• Memoir to Movie
• The Most Crazy Thing
• Deleted Scenes

Based upon a true story, and adapted from Co-writer Sarfraz Manzoor’s novel “Greetings from Bury Park: Race, Religion, and Rock N’ Roll”, Blinded By the Light is a fun and uplifting coming of age story revolving around one of folk rock’s most iconic legends. The story is fast paced for a 2 hour film, and keeps an uplifting and rousing spirit throughout, even though there are a few tonal stumbles along the way. The audio and video scores are exemplary, and the extras fairly reasonable as well. All in all, a fun movie with a good technical presentation that is well worth checking out.

Thanks for the review. I will check this one out.
J

I'm not a Springfield fan, but I did enjoy Yesterday. So on your recommendation I may have to check this out also.

I finally saw this movie and I agree, it is worth watching.